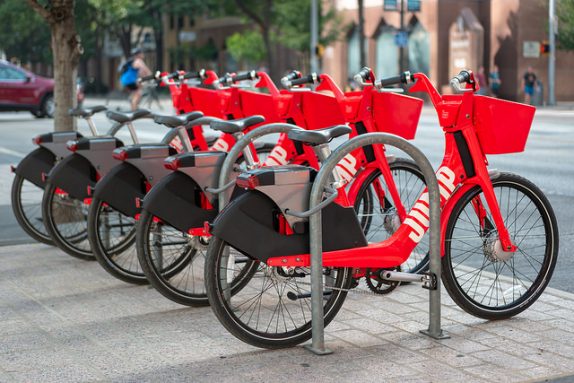 Electric scooter and bicycle-sharing services including the ones from Uber as well as competitors Bird and Lime, allow customers to pick up the vehicles and then leave them on the pavement outside their destination. The businesses then pay contractors to collect, charge and repair the scooters and bicycles when they’re not in use. It’s a costly logistical operation which significantly reduces profits for the operators.

Uber announced on Saturday that it had begun hiring a “micro-mobility robotics” team to develop scooters and bicycles which could drive themselves to the charging points, potentially removing the need for costly contractors paid to collect them. However, Uber hasn’t published any further information on the project, but said in an online hiring page that it plans to “improve safety, rider experience, and operational efficiency of our shared electric scooters and bicycles through the application of sensing and robotics technologies.”

Uber’s self-driving car division was temporarily shut down last year following a fatal crash. In December, Uber received permission to resume testing the self-driving cars. Electric scooter companies are currently unable to operate on public highways in the UK because of the transport laws, including the Highway Act 1835. However, scooter business Bird is currently operating a trial run on privately owned land at the Olympic Park in East London.

The company hopes to expand to Bristol, Oxford, and Cambridge if transport laws change. Uber has acquired the transport business Jump in April. The company has since launched electric scooters through the Jump service, which is available in the main Uber app in the US.