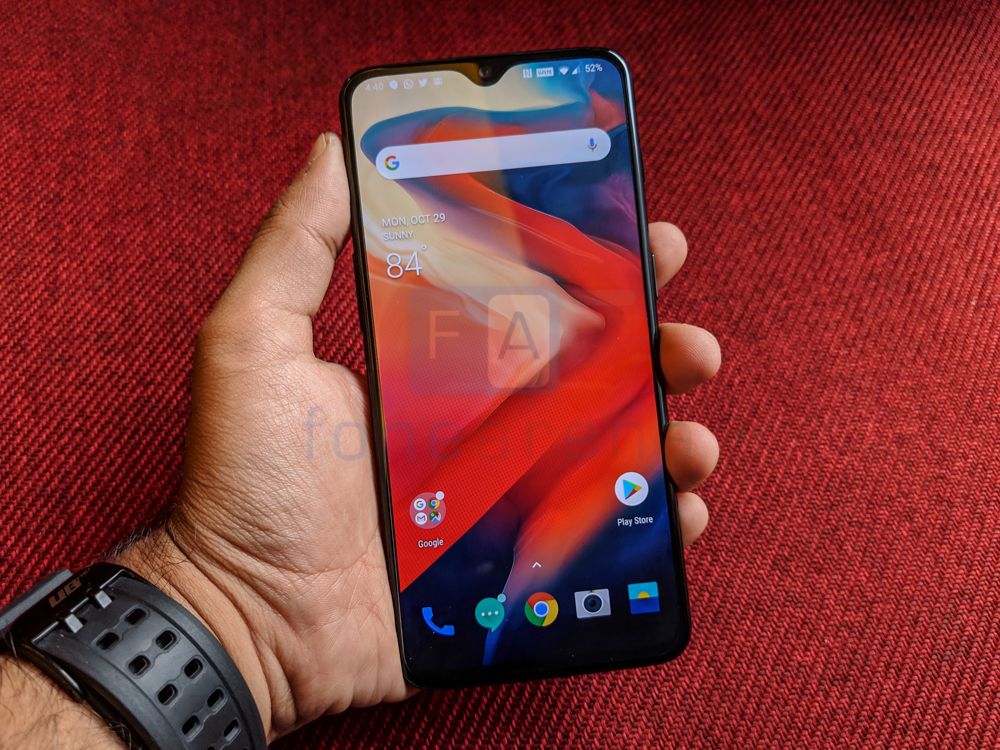 The OnePlus 6 was launched less than 6 months ago. Without a doubt, that’s a remarkably short product cycle and it makes you question why the company decided to refresh the product line. After having spent time with the phone, I’m still conflicted. The 6T is a fine device but it doesn’t do nearly enough to justify its existence given how good the OnePlus 6 already was. OnePlus could’ve very easily saved the enhancements on the 6T for the inevitable OnePlus 7 instead of the piecemeal incremental update approach being taken here. Regardless, let’s take a deeper look at the OnePlus 6T. I’ve been using the phone for the last few days to get a feel for it and here’s what I think about it. 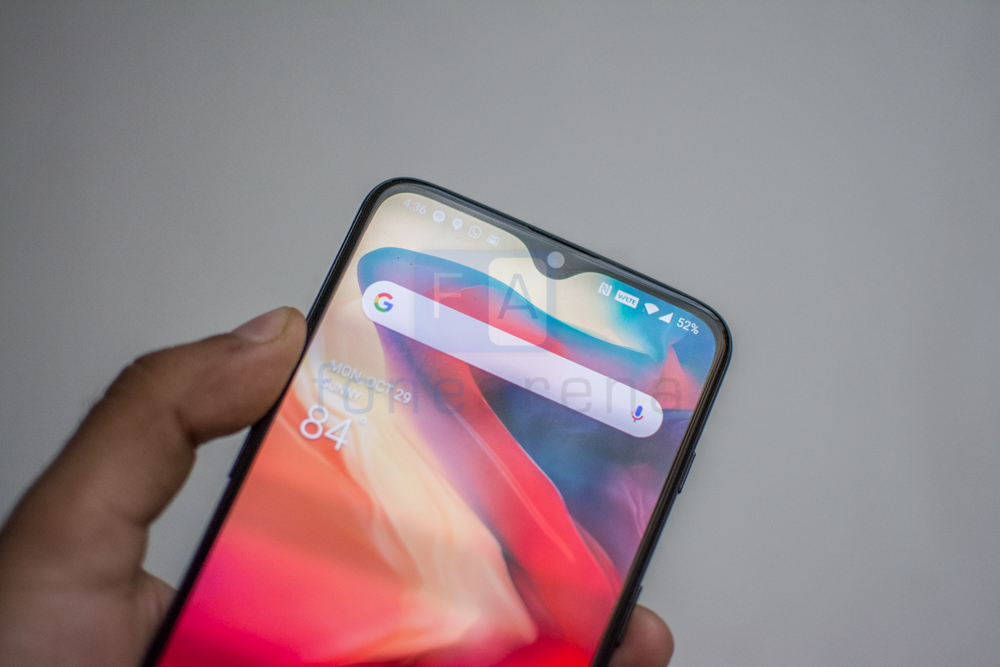 It’s still not ideal but hey, you get a larger display within roughly the same footprint. Can’t complain about that. Talking about the footprint, the OnePlus 6T is about 2mm taller and a millimeter skinnier. It’s also 0.4mm thicker due to the larger battery. The battery has in fact got quite a bump up and its gone from 3300 to 3700 mAh which when paired with Adaptive Battery has consistently given me close to 6 hours of screen on time. In the last few days of testing, I’ve never had to worry about running out of charge on the phone. 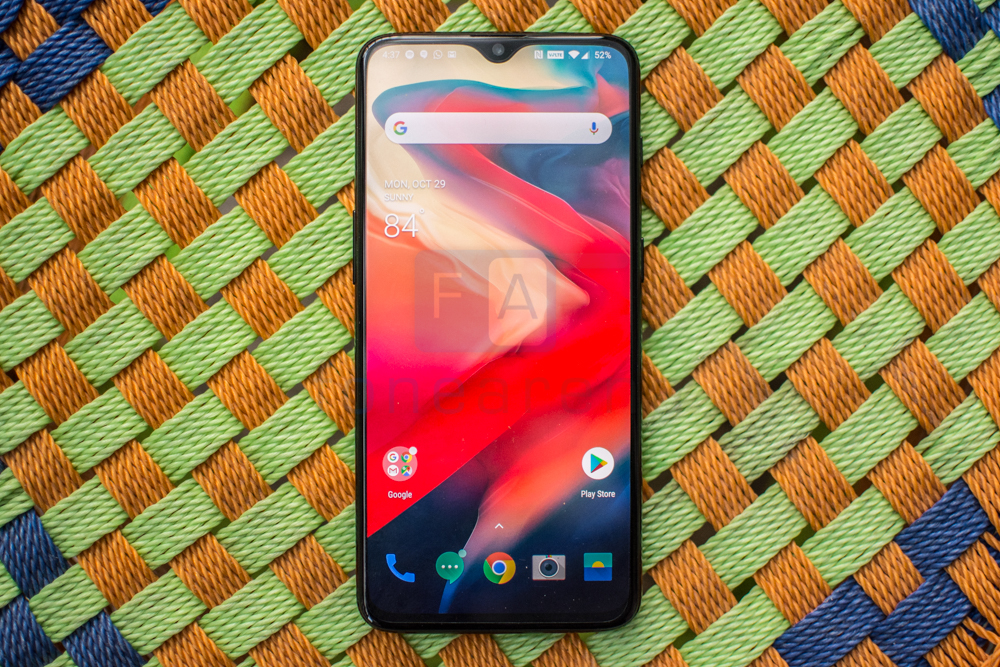 I’d already mentioned the smaller notch earlier on but there’s more to the display on the OnePlus 6T. With the minor changes in physical dimensions, OnePlus has managed to stick in a larger screen too. Up from the 6.28-inch screen on the OnePlus 6, you have a 6.4-inch Optic AMOLED panel on the OnePlus 6T. The difference is mostly to do with the larger area available next to the notch. The panel itself is pretty good and offers good contrast levels with no discernable color shift. Put next to the OnePlus 6, the maximum screen brightness level appears to be just slightly lower on the T. I wouldn’t call it out as an issue though since the screen is easily visible outdoors. 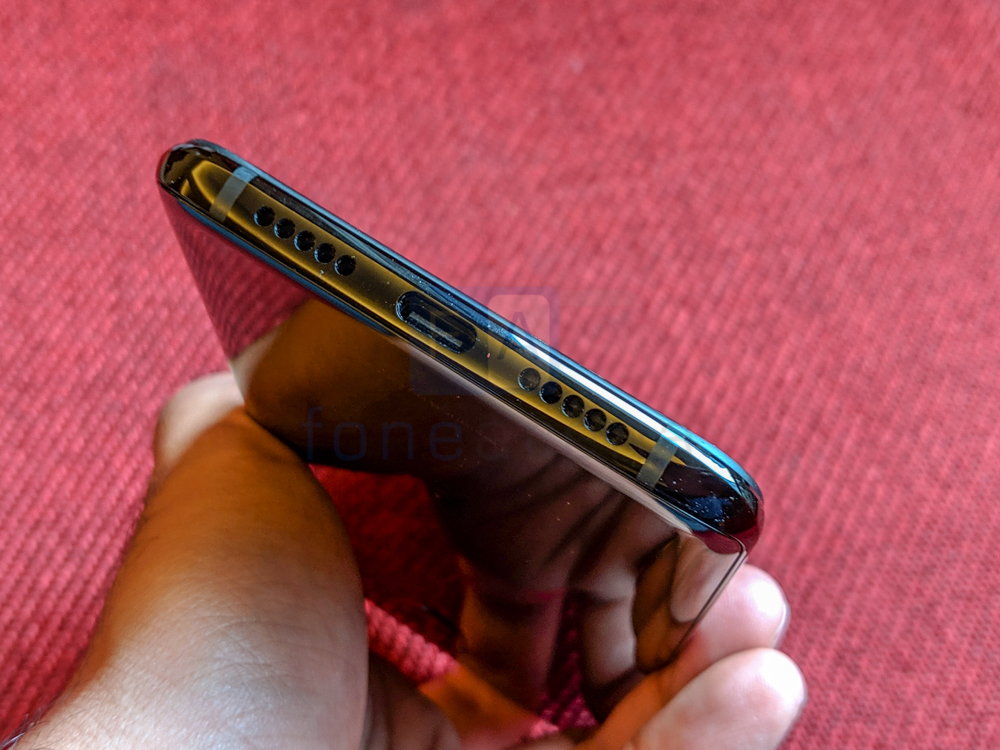 Over on the right side, not much has changed and you still have the alert slider as well as the power button. A cool new feature is the ability to press down for half a second to trigger the Google Assistant. On the opposite side is the volume rocker as well as the dual SIM card slots.  Move to the bottom though and you’ll notice something very different and unusual for OnePlus. There’s no headphone jack. Yes, the company that has always asked you to ‘Never Settle’ has gotten rid of the audio jack. You do get a Type C to 3.5mm adaptor and OnePlus is introducing USB headphones as well but I don’t see this going down all that well with the company’s fans. 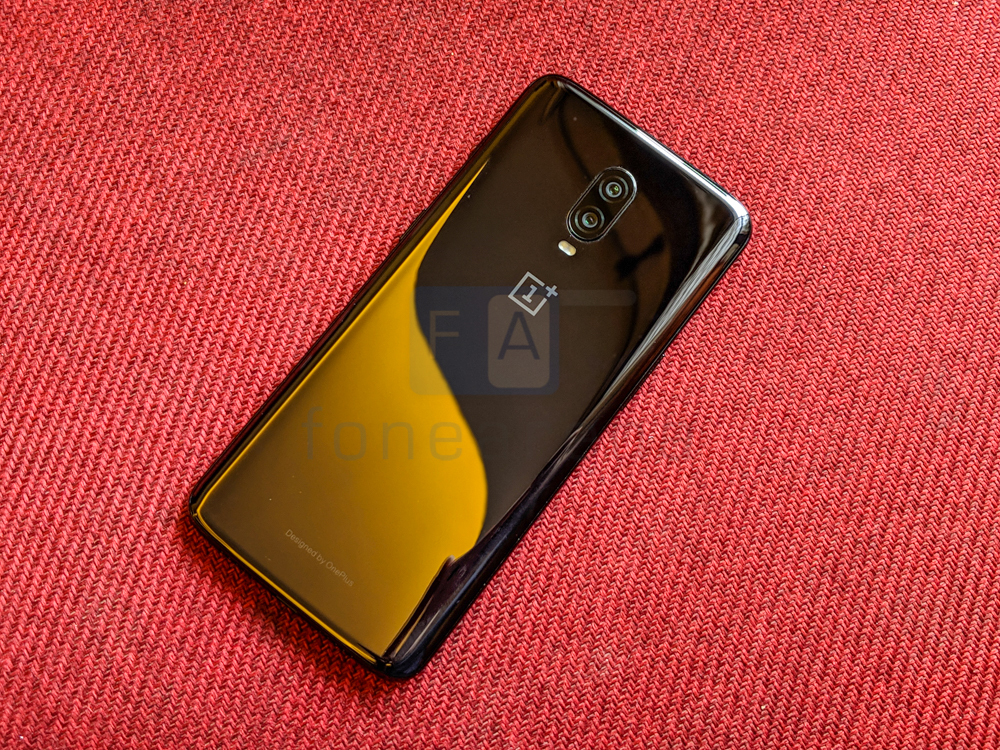 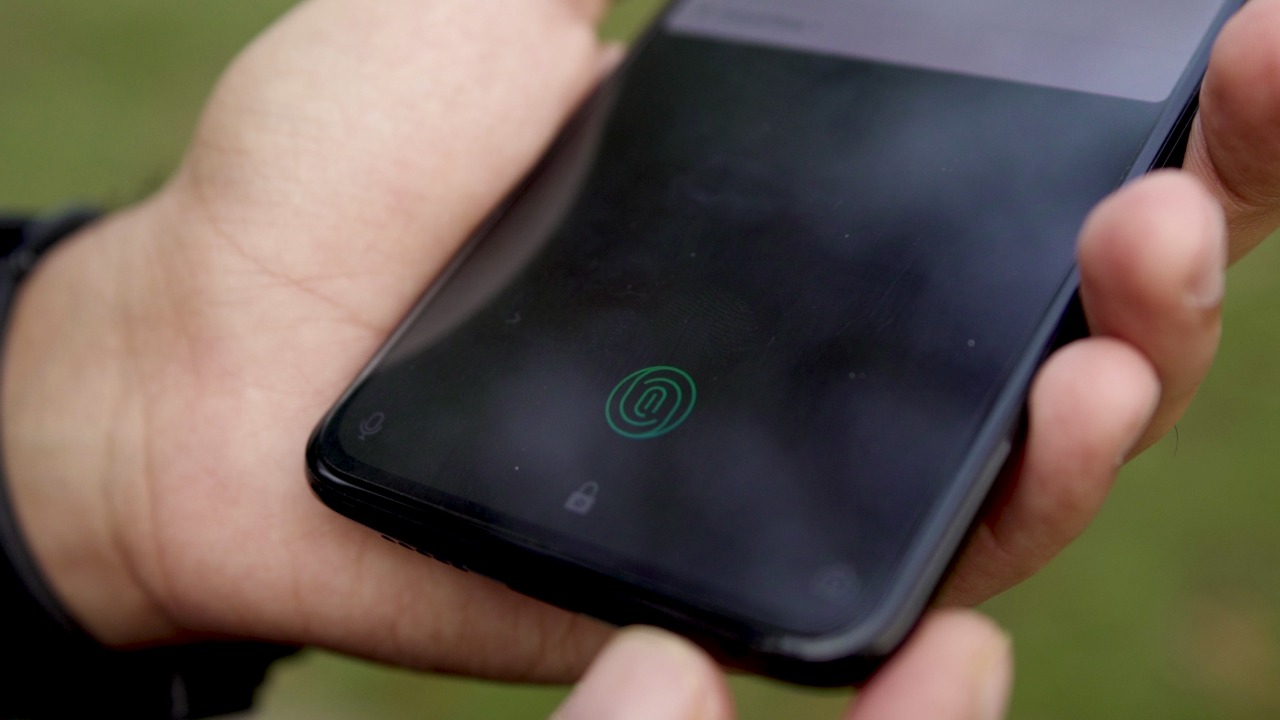 Not quite perfect since there were a few occasions where the phone refused to unlock but for what its worth, this is the first phone where I can absolutely live with an in-display fingerprint reader. Its fast and mostly reliable. It also works with banking apps and password managers like Lastpass!

The phone is still running on the Snapdragon 845 chipset which continues to be Qualcomm’s flagship processor. Under the hood is 6 or 8GB of RAM and 128GB or 256GB of UFS 2.1 storage depending on the variant you opt for. There’s really no difference in performance compared to the OnePlus 6. Whatever gains you might observe are more a result of Android 9 and its optimizations than any change in hardware.  Oh yes, the phone ships with Android 9 out of the box. Now, Oxygen OS isn’t quite stock Android and there are additions in all the right places to improve the usage experience. Standout features this time around include Smart Boost. The feature essentially loads significant parts of gaming apps into the RAM itself to improve performance. OnePlus claims anywhere from a 5 to 20 percent performance bump. On paper, this makes a lot of sense since RAM is significantly faster than NAND and we’ll try and test out these claims in our full review. At launch, this feature is restricted to gaming apps though OnePlus might extend it to other apps too. Launching games triggers a gaming mode on the phone that optimizes the experience including launching Smart Boost behind the scenes. The mode is entirely customizable and includes some nifty features like automatically routing calls to the speaker if you are in a game. You can also block notifications, disable automatic brightness and optimize network performance for the game. 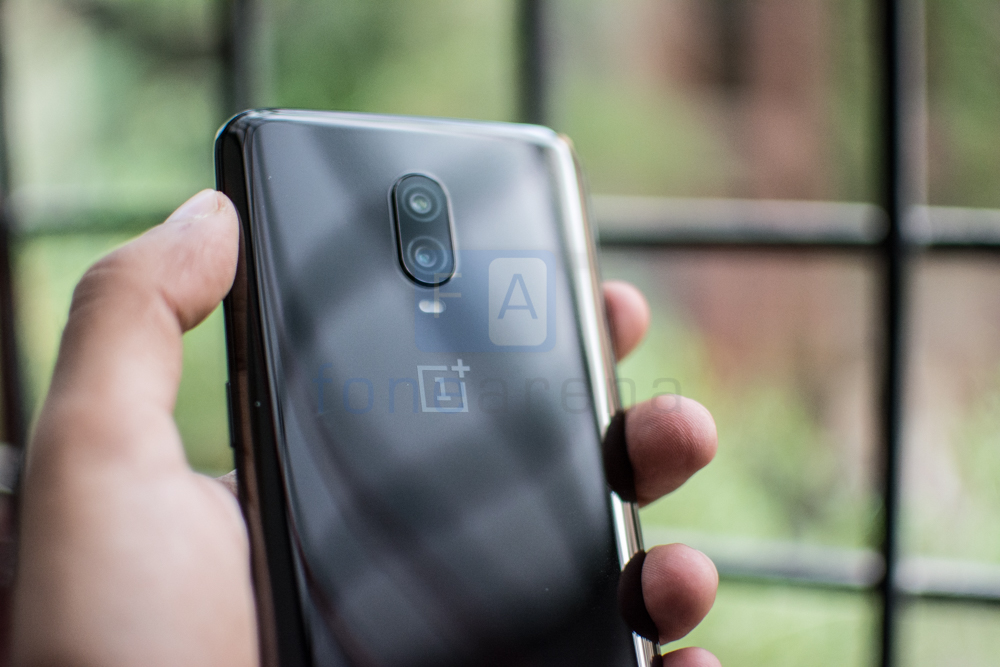 The camera hardware on the OnePlus 6T is exactly the same as on the OnePlus 6 including the 16MP/f1.7 primary camera and 20MP depth sensing module. The front camera is a 16MP unit with an f/2.0 lens. Generally, the imaging performance isn’t all that different from the OnePlus 6. OnePlus claims to have made a few optimizations to portrait mode and close observation reveals a bit of refinement on that front. We’ve got a video comparing the cameras on the OnePlus 6 and 6T that you should definitely check out. 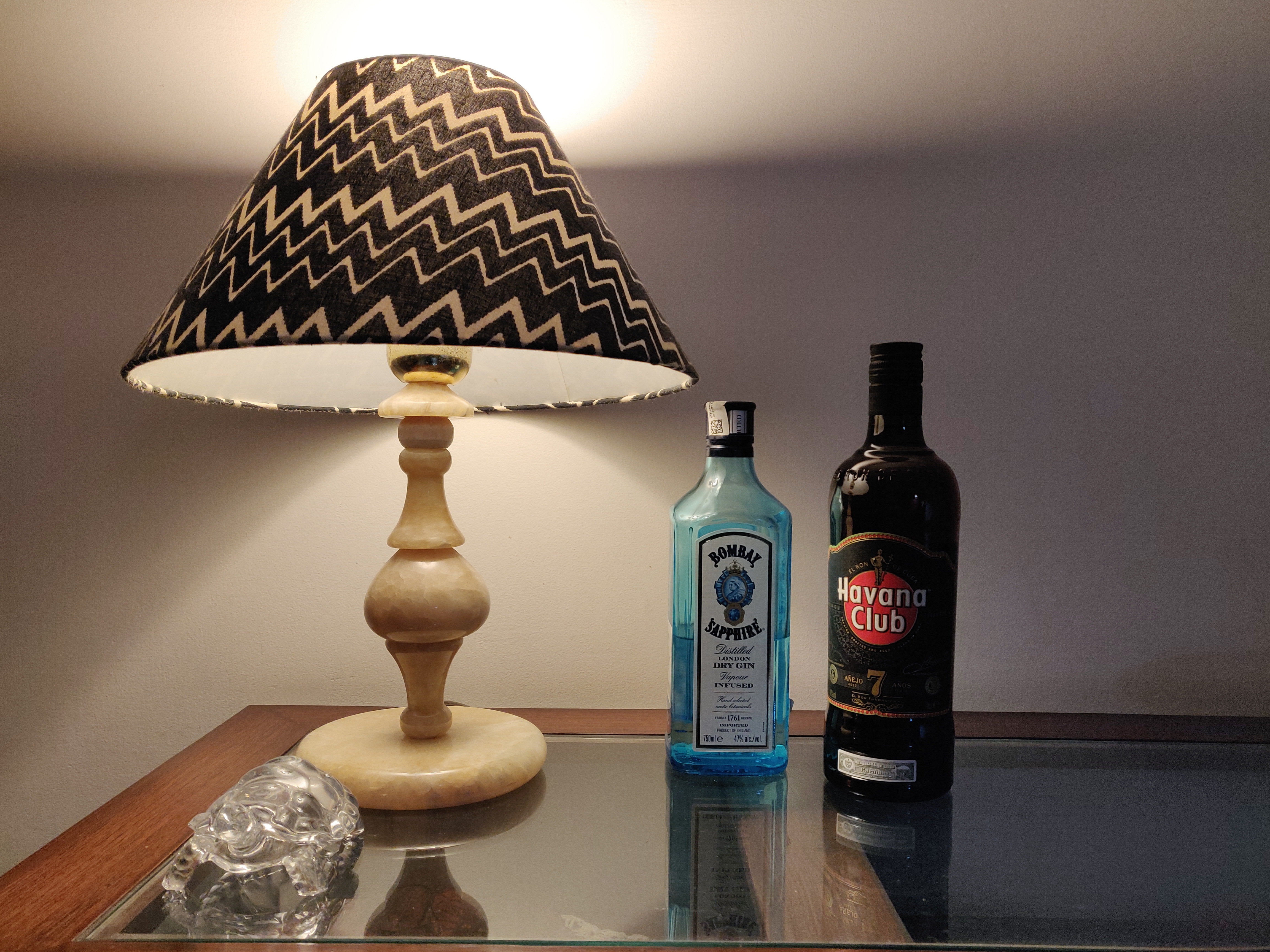 Another aspect that OnePlus claims to have worked on is a more robust night mode for low light shots. The mode uses a combination of image stacking and longer exposures to give you a brighter shot with lower noise. The end result is an improvement over the standard shots but it doesn’t hold a candle next to what phones like the Google Pixel and Huawei’s Mate series are capable of pulling off. 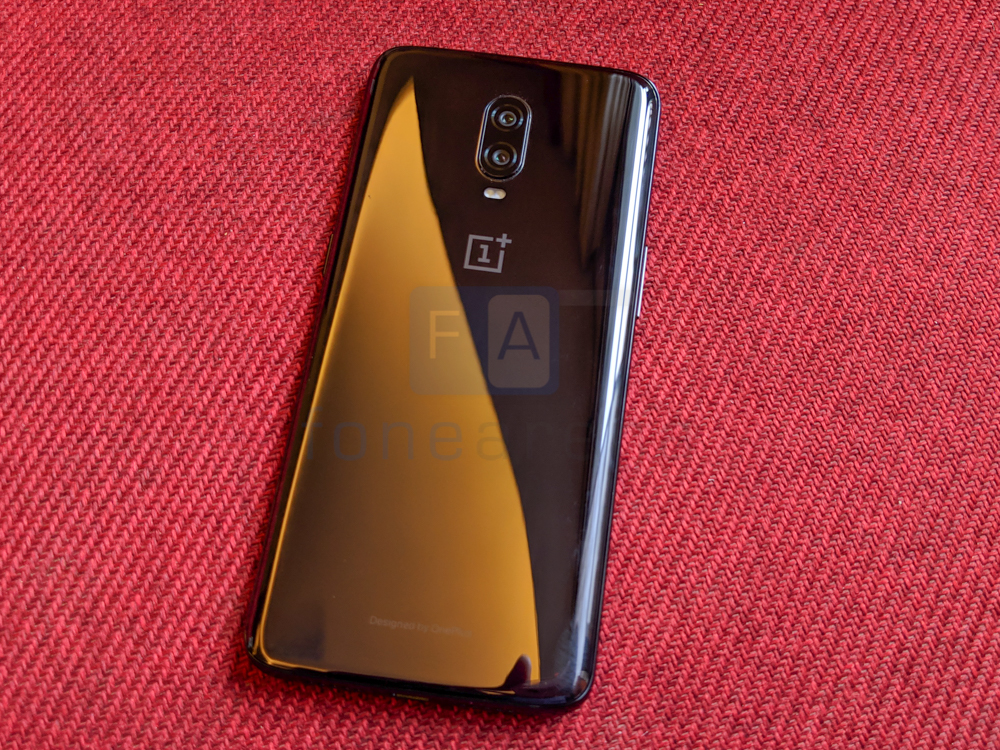 It’s early days but the OnePlus 6T is a curious device. The transition to an in-screen fingerprint reader is cool but it doesn’t really make a big difference in day to day utility. The lack of a headphone jack on the other hand is simply disappointing. Sure, the world might be gradually moving on to wireless audio but not having to give up on features has been a key part of the OnePlus philosophy, something buyers and fans are being quite vocal about.

Other than that, the smaller notch and bigger battery are nice to have, but they certainly do not justify an upgrade if you have bought a OnePlus device in the last year or so. For everyone else though, the OnePlus 6T continues the winning formula and if our early impressions are anything to go by, appears to be a perfectly good flagship that is easy to recommend. It starts at $549 (Rs. 40,290 approx.) in the US. We will know the price when the phone is launched in India tomorrow. It goes on sale on Amazon.in from November 1st.