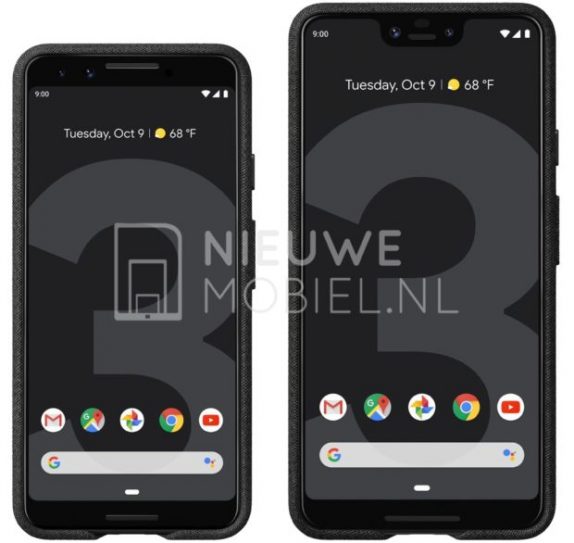 It is known that Google has scheduled the Pixel 3 launch event for October 9th and we already know so much about both the phones, thanks to numerous leaks. While the bigger Pixel 3 XL never backed out from posing to leaksters, the Pixel 3 stayed under the wraps for quite some time. However, that void ends today as both the Pixel 3 and Pixel 3 XL surfaced freshly in official press renders.

This side by side presentation of both Pixel 3 and Pixel 3 XL shows how both these phones differ. Both phones are shown in a textile cover, something that Google already introduced at the Pixel 2. The Pixel 3 is expected to sport a 5.4-inches display while the Pixel 3 XL will have a large 6.2-inch screen with a notch. 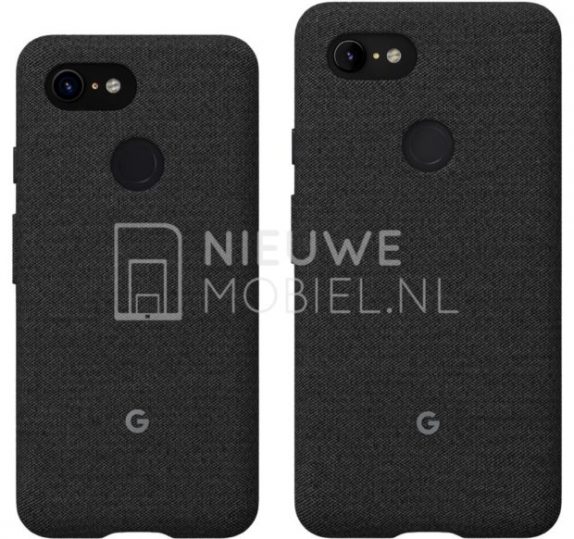 As for the bigger Pixel 3 XL, it is said to pack a 6.2-inch (1440 x 2960) 19:9 aspect ratio display with a notch, powered by the Snapdragon 845, a slightly bigger 3430mAh battery with support for wireless charging. Both the phones are said to come bundled with USB Type-C headphones. Going by the leaked images, the Pixel 3 XL likely to pack dual-selfie shooters on the front since it is needed for a feature Google calls ‘Super Selfie.’ Since the phones are launching after 9.0 official release, it is no surprise that they will run on Android 9.0 Pie right out of the box.

The Google Pixel 3 and Pixel 3 XL are expected to come in a brand new mint color and Pink color options.  We should know the pricing and official release date once the phones go official next month.