Intel is prepping very hard to bring their latest mainstream processor lineup for release soon. The new 9th Gen processors will come with more cores and faster clocks, all thanks to improvements in the 14nm process node. Now according to a new report, the details about the new processor’s launch and the availability in retail channels is out in the open.

According to the report, Intel To Launch 9th Generation Unlocked Processors Including Flagship Core i9-9900K 8 Core, 16 Thread Chip on 1st October. Sources point out that Intel is planning to launch their unlocked SKU family along with the Z390 series on 1st October which does confirm previous rumors. 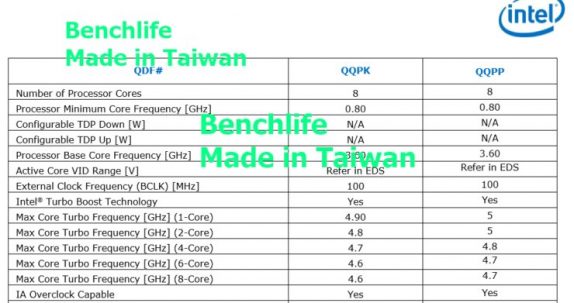 Firstly, the 8 core, 16 thread, Intel Core i9-9900K will be the first mainstream desktop Core i9 part. It is also said to the first Intel chip to boast 8 cores and 16 threads. The chip will feature 16 MB of L3 and will come with an Intel UHD 620 graphics chip. As for clock speeds, it will come with up to 3.6GHz out of the box and 5.0GHz in single and dual core operations.

It might come with up to 18 core processors with TDPs of up to 165W which is the same as the current generation i9-7980XE processor. Rumors also suggest that 28 core processors will be introduced with the premium High-end family on the LGA 3647 socketed platform.