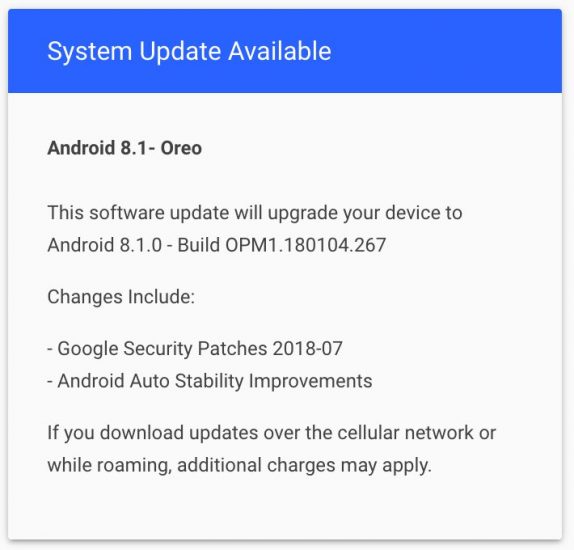 The latest Android P beta from Google includes the latest bug fixes and optimizations for stability, along with the July 2018 security updates. It also brings iconography refresh, removing the fill from icons across the entire interface. Furthermore, the company is also rolling out a new update to those who are on Oreo, this update includes stability improvements for Android Auto and July security patch.

If you have already enrolled in the Android P beta program and flashed the previous Android P build, you will automatically get the new Android P Beta through an over-the-air update. As for the update to Oreo, you will receive the update OTA directly. The update has already started rolling out, so you should get it within a day or two.