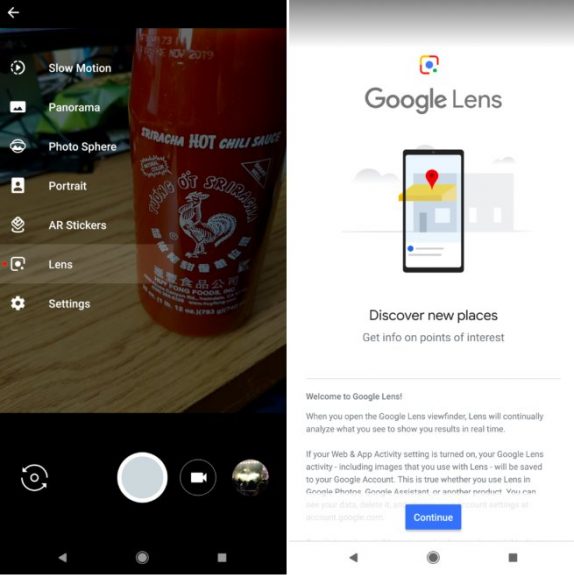 Google is rolling out a new update to its Camera application bringing the version number to 5.2.025, and this brings the much talked Google Lens integration to Pixel and Nexus phones. At the I/O 2018, Google showcased the Lens integration directly into the camera app, and OEMs like Sony, Motorola, OnePlus have started implementing it already, and now Google’s own Pixel and Nexus are getting it.

The Lens option can be found by opening the navigation drawer and then tapping the hamburger icon at the top left or swipe from the left edge to the center. The functionality remains the same as it used to be in the Assistant and Standalone app. So, technically there is nothing new that we haven’t seen already. Simply put, it’s just another way to reach Lens.