Google Lens from the date it was announced refrained itself within the camera app and Assistant, and today Google has finally launched it as a standalone app on the PlayStore. This way you can now access Lens feature even if your phone doesn’t currently offer it. The Google Lens app offers exactly same functionality as it does anywhere else. 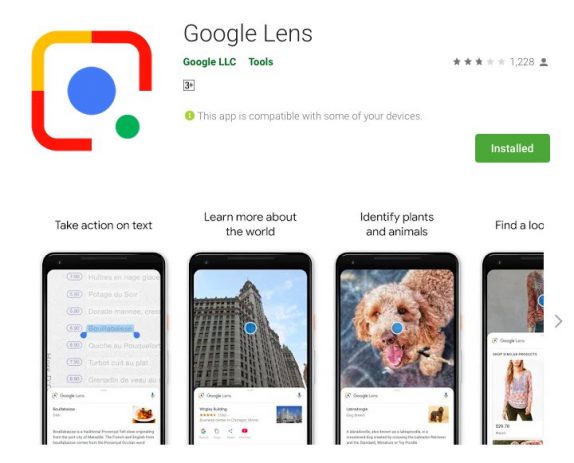 The Google Lens uses artificial intelligence to scan what you are pointing and deliver information about the captured images. Once you install and open the app, it brings the viewfinder and Lens will instantly start identifying nearby objects. Though the app is available on Play Store, it isn’t compatible with every Android device. According to Play Store listing, the app requires devices with Android Marshmallow and above.