Garmin , one of the most popular GPS Navigation system manufacturers in the world, has teamed up with Asus to bring several cellphones with top-notch GPS performance. Their latest model , the A10 , is now being released in India. It runs on the Android 2.1 OS. The phone is upgradeable to Froyo ie Android 2.2 and will get an update soon. 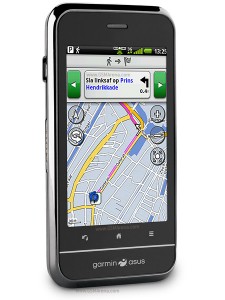 Mr. John Chen, Business Head for Mobile Communication Business at ASUS (India) said, “We are extremely pleased to launch the A10 which is our first Android powered Navigation smartphone to be launched in India. The A10 is an extremely powerful smartphone that has navigation capabilities equivalent to Garmin’s premium automotive navigation devices. It enables users to interconnect instantly with other users with unique features like “Geotagging” wherein a geotagged photo can be sent to friends who can then initiate navigation to the location by simply clicking on it. Equipped with Connected Services like Ciao, Flight Status, Currency convertor and Weather Updates – the A10 is a unique smartphone offering from Garmin-Asus that users will definitely want to carry with themselves at all time.” 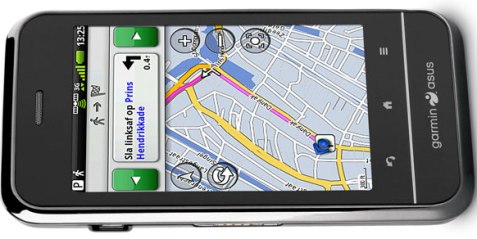 The main features of the phone are:

Being a navigation centric phone it provides for several modes of navigation including in-car navigation and pedestrian navigation.  The Android smartphone provides an offline navigation experience at par with full fledged navigation systems. The smartphone comes with a 5MP camera and a memory card slot which supports upto 16GB of data.

The Garmin-Asus A10 available in major metro cities including Mumbai, New Delhi, Bangalore, Hyderabad and Kolkata at INR 18,990/-.