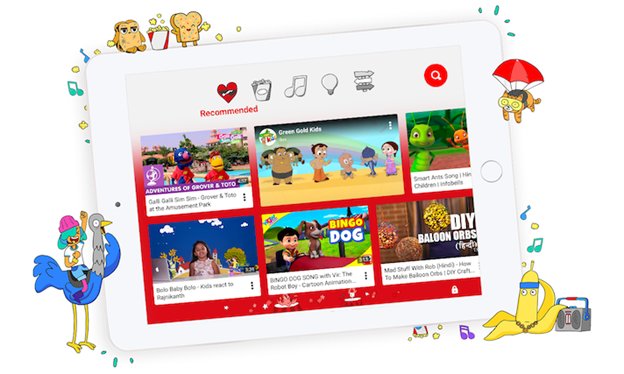 YouTube is planning to release a new version of its YouTube Kids app that will only show and display videos from channels that a team of YouTube curators handpicks. The updated version will also have an option that parents can select alongside the algorithmic version.

By giving the option for parents to control or turn off the algorithmically recommended videos, YouTube will no longer suggest conspiracy theory videos to children. It should also restrict YouTube from displaying content that is not appropriate for kids which were the case a few times in the past.

A few days ago reports surfaced that YouTube Kids was suggesting a wide number of conspiracy videos to viewers including videos which make claims that the world is flat, that the moon landing was faked, and that the planet is ruled by reptile-human hybrids, etc. Since YouTube kids is meant to show only kid-friendly videos, even YouTube admits that it failed to do so.

Reports suggest that YouTube kids might be coming as soon as next week and it is designed to give parents an option where they can feel comfortable letting their kids watch videos on their own. YouTube didn’t deny, but said: “we’re always working to update and improve YouTube Kids.”