Essential rolled out the Android 8.1 Oreo update back in March with features like better multitasking, improved notifications and more. Today the company is rolling out a new 8.1 Oreo build with April security patch, Bluetooth 5.0, modem stability fixes and more. 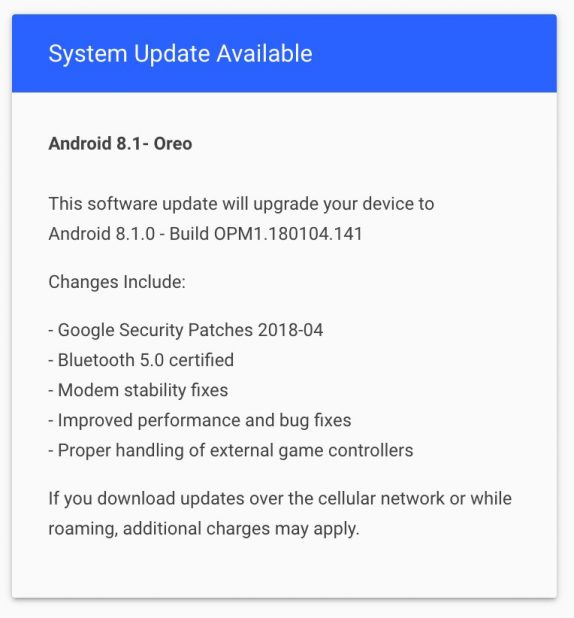 The new build includes the newest April security patches, which Google just pushed out to the Pixel phones. It also includes the Bluetooth 5.0 certification, modem stability fixes, proper handling of external game controllers, and other general bug fixes. Though the device has support for Bluetooth 5.0 connectivity, it is only now the company is providing, since the software for the same wasn’t there up until now.

The company is doing a really good job in pushing out timely updates to the Essential PH-1, the phone is already running on the latest Android version out there. The new Android 8.1 Oreo build comes with a version number OPM1.180104.141 and is already started rolling out to users, you can check for the update from the system setting>about phone.