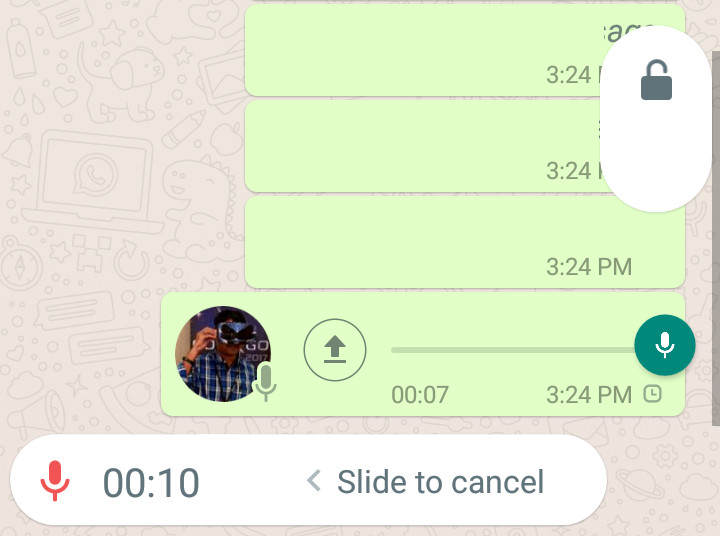 Once you see the ‘lock microphone button’ you will have to slide up your finger for enabling the lock recording. Once you have locked the audio recording, the U.I again lets you navigate back to the chat without holding the microphone button. WhatsApp in the next releases could enable option to listen to your voice message before sending it.

Another interesting feature that will be added in the next release is the ability to see the size of a specific stickers pack before downloading it. The locked audio recording feature will be soon available to iOS as well, but for now, it is only available for Android. Previously in order to record voice messages, you had to tap and hold the recording button until you are done with the recording, which wasn’t very convenient.

If you are already a beta tester of WhatsApp, you can directly update the app from the Play Store, if not you can download the APK and side-load it.