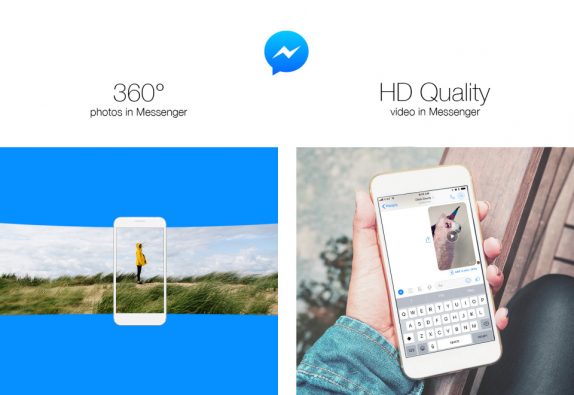 To send 360-degree photos in Messenger, you can simply set your phone camera to panorama mode and snap a photo or click a 360-degree photo using a 360 photo app or camera and can share it directly in the Messenger as you would a normal picture. Facebook will then convert it to an immersive, envy-inducing photo which can be experienced on mobile by tapping and dragging the photo or by moving their phone, and on Messenger.com by clicking and dragging.

As for the video, users can share a pre-recorded HD video or share from your news feed, or even share a video from one message thread to another. Users will see a compass icon on the right-hand side of a panoramic photo and the videos will also be easily identifiable with an HD or SD marker. You can also change the quality right from the marker on the lower right side.

The 360-degree photos in Messenger are available all over the world on both iOS and Android. While the HD quality videos are available in Australia, Belgium, Canada, Denmark, Finland, France, Hong Kong, Japan, Netherlands, Norway, Romania, Singapore, South Korea, Sweden, Switzerland, Taiwan, UK and the US on iOS and Android.