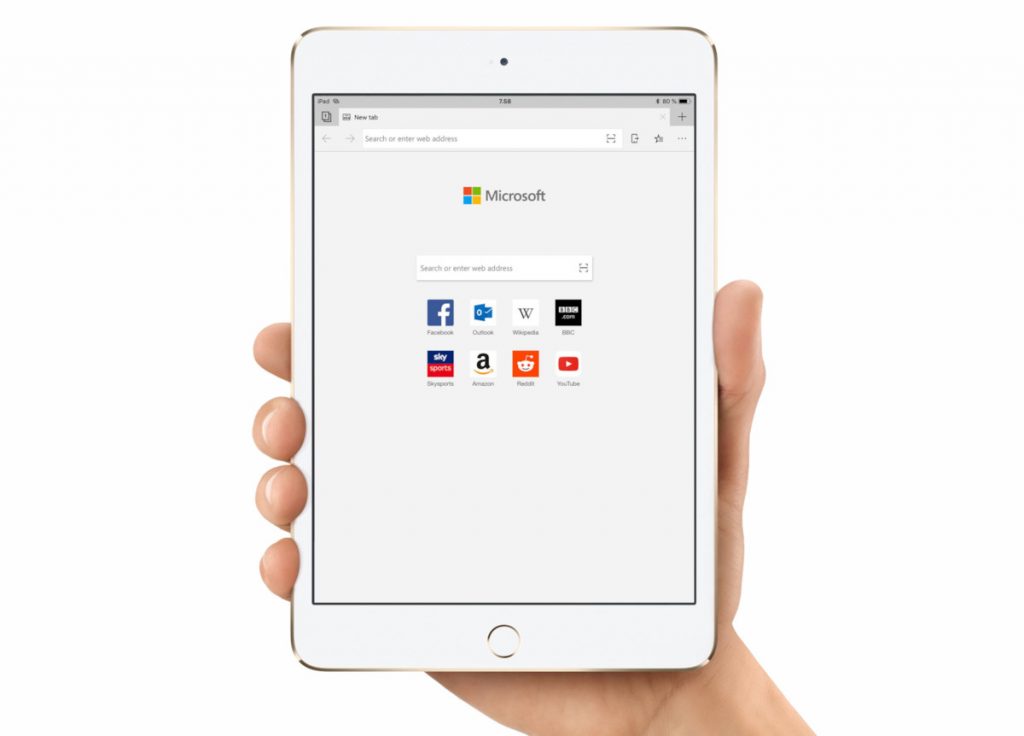 Microsoft first introduced the Edge Browser beta for Android and iOS back in October 2017 and during the announcement it mentioned that browser for iPads will be made available soon, and now the day has finally arrived. Edge Browser is now finally available for iPads in beta via the Apple TestFlight system.

Just as you would expect, Microsoft has scaled up the interface of the browser to fit the large-screen and features like “continue on PC,” options to change from a light to a dark theme are accounted for. For now, however, Microsoft didn’t include iOS 11 split screen support, which means you can’t run any other app while browsing. But since this in beta, there’s hope for the feature to make its way in the final release.

Hey Apple users... Microsoft Edge for iPad (beta) is here! Test it out today via the Apple TestFlight app, we want your feedback!

Like on iPhones, Microsoft still doesn’t offer any support for tab syncing between a Windows PC and the iPad or iPhone versions of Edge, but it did mention that it is working on introducing such feature soon. Other familiar features like your Favorites, Reading List, New Tab Page, Reading View, are all present here as well.

If you are a Microsoft Edge tester on iOS, you can download the app right away from TestFlight. For others, Microsoft Edge would be available very soon in the coming weeks.