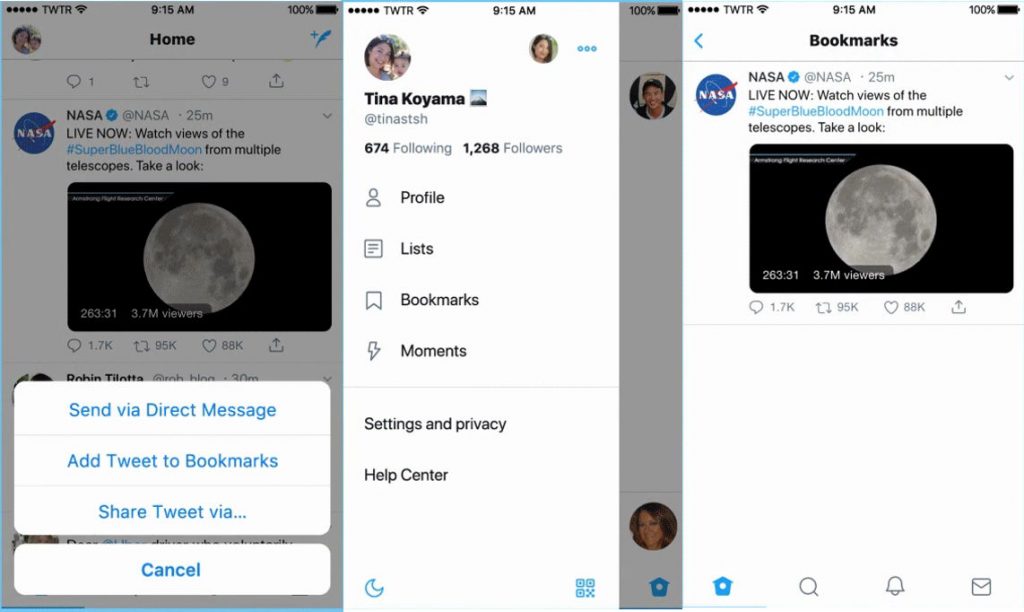 Once you are doing check out the saved Tweets, you can remove Tweets from your Bookmarks at any time. Only you can see what you’ve saved. On the other hand, the company now lets you quickly share Tweets via email or text message and direct message Tweets to others. Bookmarks are now rolling out globally on Twitter for iOS and Android, Twitter Lite, and Twitter mobile website.