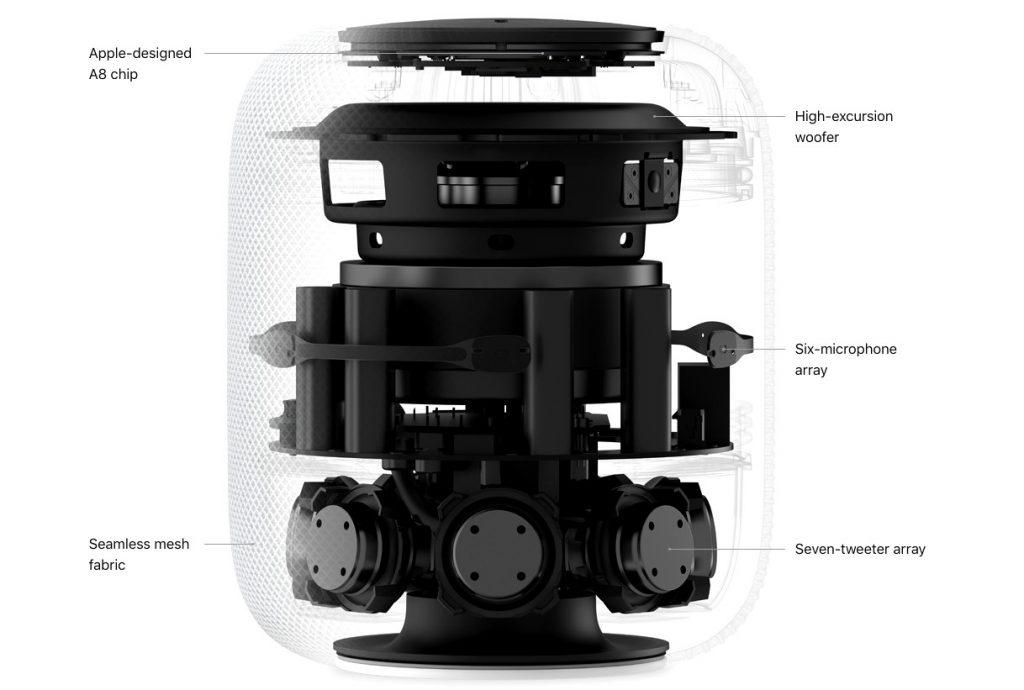 Apple HomePod speaker which recently went on sale is said to cost $216, according to an analysis by TechInsights. The HomePod speaker is Apple’s first attempt at speakers in a decade which is now generating thinner profit margins compared to other products like the Apple Watch and iPhone.

Apple is currently selling the HomePod speaker at $349 and the $216 making cost, the company is generating margins of about 38%. With 66 and 56% profit margins on the Google Home and Amazon Echo products, Apple sure has priced the HomePod competitively. On the other hand, the Cupertino company generates a 64% margin on the flagship iPhone X, according to a materials teardown by IHS Markit.

Apple Watch 2015 which is priced at $349 originally costs $84 or the materials. The Apple HomePod has been praised for its impressive sound quality but lacks smart integration features including music services like Spotify. The woofer and the power management components add up to $58, other various smaller parts like the lighting system used to display the Siri animation on the top of the device come up to $60.

The HomePod’s A8 chip is estimated to cost $25.50, while the external housing and other items come in at $25. Lastly, the manufacturing, testing, and packaging add up another $17.50. Apple didn’t comment yet when reached out for a breakdown analysis.

Apple is compressing their margins a bit, wanting to go big or go home. In doing so, I suspect they reduced the selling price from a normal Apple margin in order to sell more units on volume.