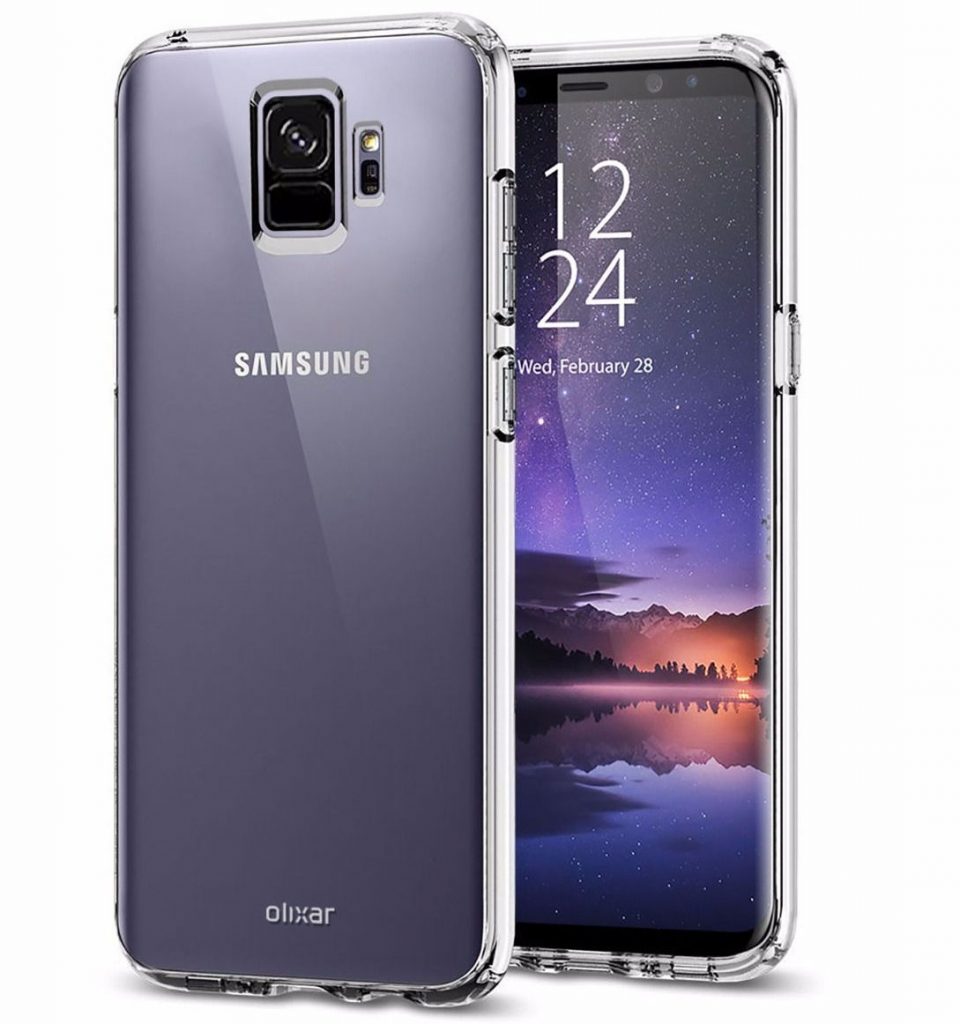 We’re just a month away from the launch of the Galaxy S9 and S9+. While the company is busy at work, retail box of the Galaxy S9 has allegedly surfaced online. The retail box found by Reddit users reveal some basic yet key specifications of the S9 that should keep us excited till the launch which happens to be in February at the MWC 2018 event.

As rumored, the Galaxy S9 will sport a 5.8-inches curved-edge Super AMOLED Infinity display with Corning Gorilla Glass 5 protection. The retail box shows key camera specifics including a super-speed Dual-Pixel 12-megapixel camera with OIS, an F1.5/2.4 variable aperture camera similar to Samsung W2018 that can record super slo-mo videos, but we’re yet to know the frame rates at which the videos are recorded. 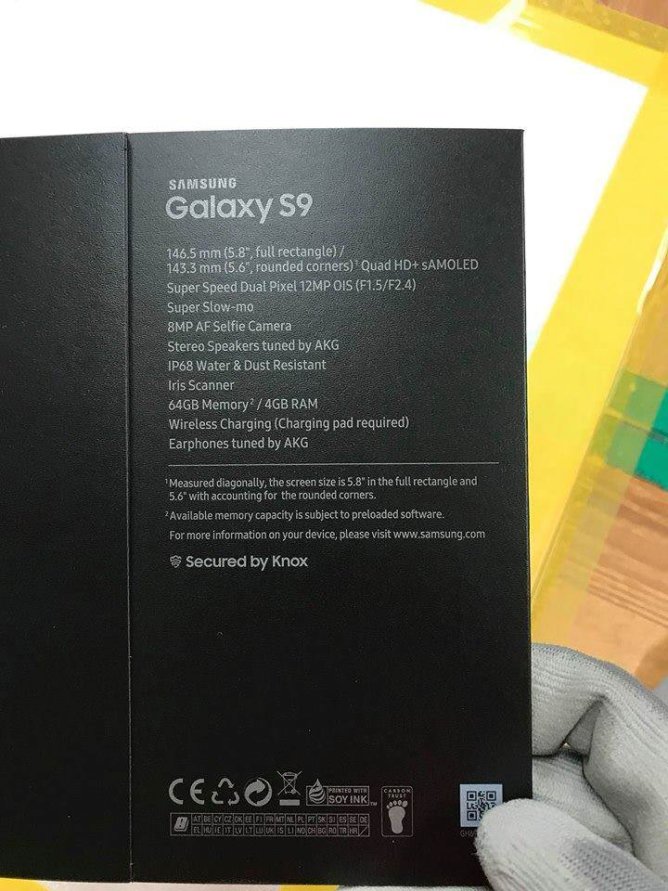 It has an 8-megapixel selfie snapper on the front and Stereo speakers and earphones tuned by AKG. The Galaxy S9 duo will be water and dust resistant rated at IP68. There is an Iris scanner, 4GB RAM, 64GB storage and support for wireless charging. While there are not many differences in terms of specifications between the S9 and this year’s S8+, it should be interesting to see the what features that would tag along.

Though the retail box doesn’t reveal, the S9 duo will be powered by the Snapdragon 845 chipset in the U.S. and Exynos 9 Series 9810 chipset for Asian markets. There is no way to tell if the leaked retail box image is legit or not, but from the level of details it offers, it does seem legit. Either way, we will know more details about the upcoming S9 and S9+ as we move forward.