If you’re a BMW car fan and you go ahead and buy a Mercedes Benz car because of one cool feature, then expect it to act like a BMW and get mad because it doesn’t, you’re an idiot. Stick to BMW, or accept the different approach. The same can be said about phones. You don’t buy a Blackberry and expect it to be 100% like an E71, you don’t get a Nokia 5800 XpressMusic and blame it for not having the iPhone’s multitouch. Every brand has their strengths, their weaknesses, their approaches, their concepts, their target audience. 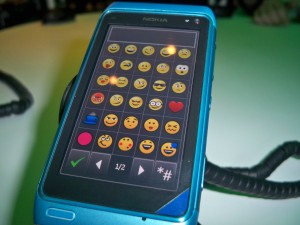 Last week, I finally had the chance to take the N8 in my hands for the first time. I had seen videos. I had read articles. But I was doubtful. For someone who has been using and suffering with Symbian^1 on a Nokia N97 Mini, I had lots of doubts. The N8 sheered them all away. Yes, the homescreen and menu look quite similar to Symbian^1 but it stops there. If you’re familiar enough with S60 5th Edition or Symbian^1, you’ll see all the difference in the world. It’s snappy for one. Like much more responsive. It looks more elegant too. Gone are the silly three buttons and top menu bar that took more than half the screen in landscape. And the camera is just a darling, even at night, check these photo samples I took. As for apps, I tried Angry Birds on it and the experience was exactly the same as on my iPod Touch. And the build quality? Oh. My. God. Lovely, just lovely.

Then I talked to people, reporters, journalists, techies, Nokia employees, about the N8. I asked them what they like about it, not what the press release or the marketing people told them to say. Steve Lewis, Head of Marketing MEA, explained how he takes pictures of his two children with the N8, and videos too. He said the presence of a dedicated Camera button and the short delay before it opens, lets him snap pictures/videos fast without having to fumble through menus to get to it, no matter what else he was doing on the phone. He also explained how, although he’s not a big user of the Dolby Surround, he uses the FM transmitter a lot while driving in his car. Mikko Aarras, Senior Designer, showed me the glass front that he likes as well as the way the anodized aluminum is made so that there’s a small visible metallic edge around every button (camera, volume) that shows how delicate the N8’s manufacturing is. He later explained to me how very happy about the Email and Social integration into the device he was. I had to fight with Adel Sartawi, Communications Manager for Nokia KSA & Yemen, over his N8 because he was too addicted to Angry Birds and wouldn’t let me play. I also caught Candice Turner, editor at Living Well Magazine, talking about how she thought the N8 would definitely appeal to the 18-30yr old age bracket, with its apps and social features. Then I had a long talk with Zeid Nasser, a technology and media writer and commentator, where he mentioned that Nokia still has the leading edge in terms of imaging in the smartphone segment, as well as how the Dolby Surround and the price range of the N8 make it a unique offering on the market. Zeid concluded that the “N8 is truly finally Nokia’s entrance in the high-end smartphone business”.

Overall, the same feeling kept coming back: Nokia still has the lead in multimedia, especially in imaging. Every other smartphone manufacturer is months if not a year or more away from offering anything similar. And still when they do, it won’t be packed in one single device like on the N8. So if that’s what you’re looking for, then don’t look at anything other than the N8. And I agree.

But if you look at the N8’s multimedia features, at the endless possibilities a camera like this offers, if you’re happy with Nokia sticking its Social layer and Nokia Messaging on the device, if you love Ovi Maps and its free navigation, if you’re content with the way the Ovi Store is gathering pace but don’t need it to rush, then PLEASE, get an N8. You’ll love it. For you, it’s the most perfect device.