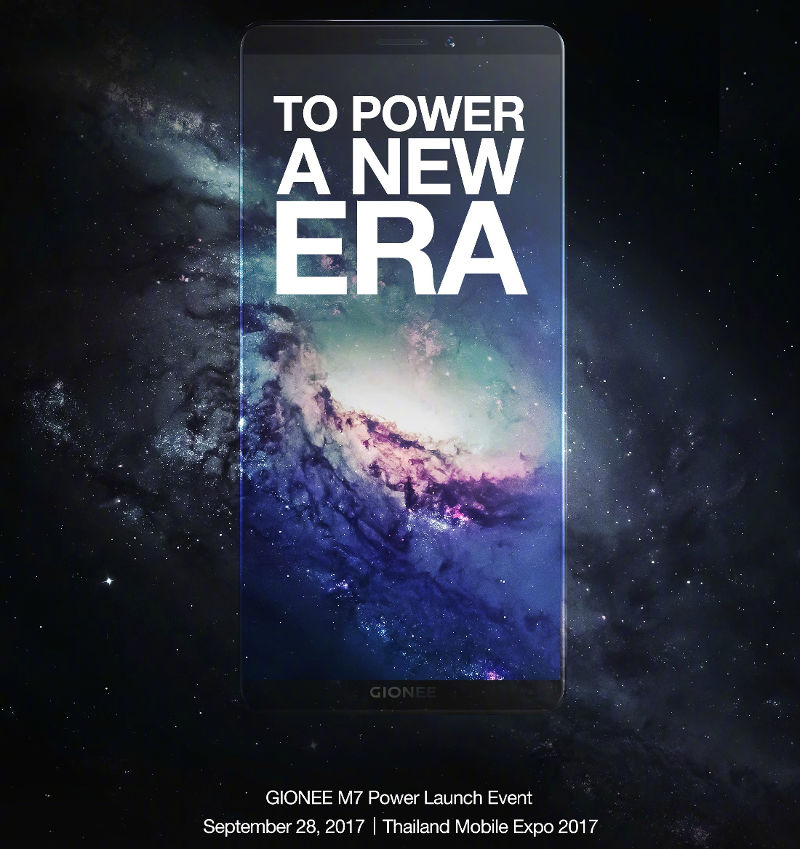 Gionee yesterday teased M7 smartphone with full-screen display in China. Today it has announced that M7 power with FullView display will be announced on September 28 at an event in Bangkok, Thailand. This is the first time Gionee is unveiling its ‘M series’ phones at a global event since all their earlier events were only in China. The company says the phone has more than FullView Display, hinting at a powerful device. 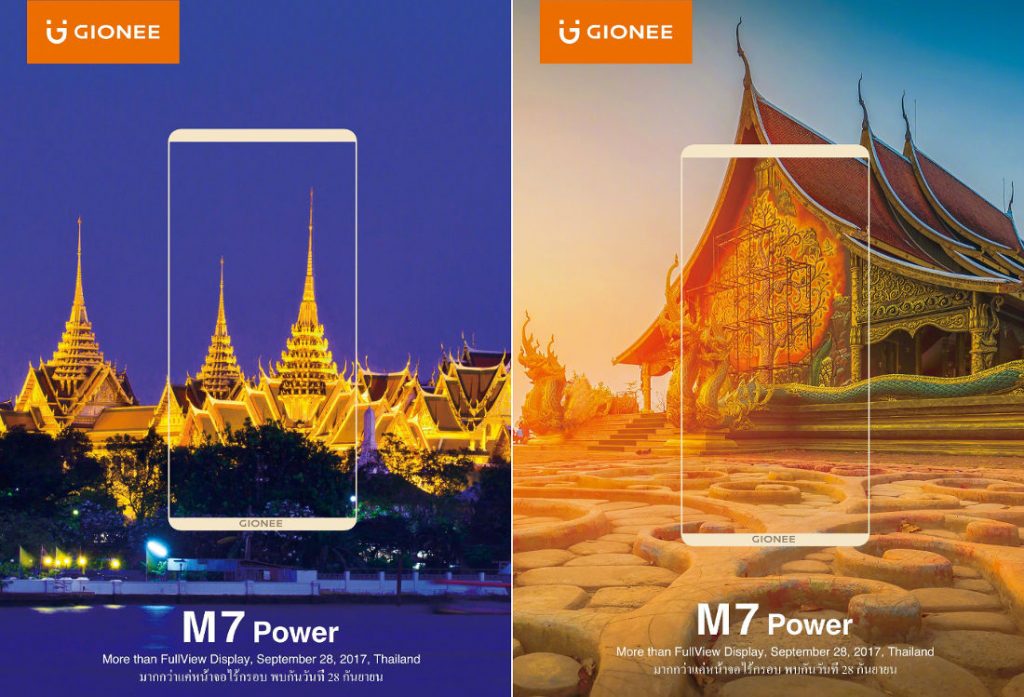 Last year’s Gionee M6 Plus came with a huge 6020mAh battery, so the M7 Power is also expected to come with a huge battery, which is rumored to be over 6000mAh.

We should know more details about the Gionee M7 Power soon.

[Update: Gionee has released a new invite that shows the FullView display of the phone clearly with minimal bezels.]