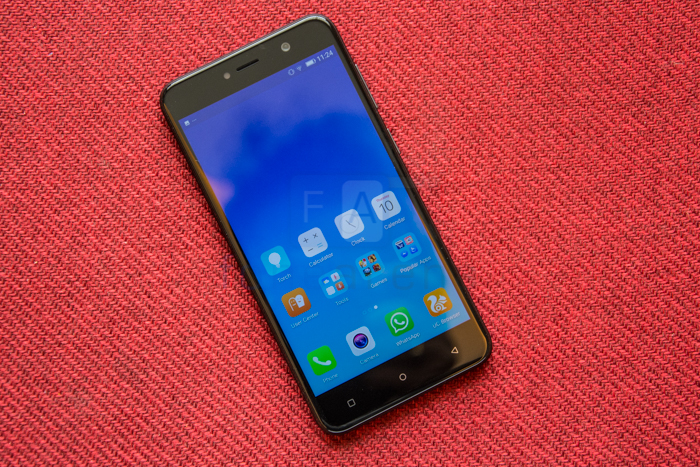 While Xiaomi, Lenovo and Moto dominate the headlines when it comes to mid range smartphones, the likes of Gionee too have been making significant inroads into the segment. While we weren’t particularly fond of some of the earlier launches by the brand, at first glance it appears that Gionee has been working hard to up its game. Does it succeed? We find out in our review of the Gionee A1 Lite.

The Gionee A1 Lite doesn’t stray too much from the design we’ve come to expect from mid range smartphones and that’s not really a bad thing either. Sure, it’s not the most unique looking phone out there but the company has done well on the build quality front. 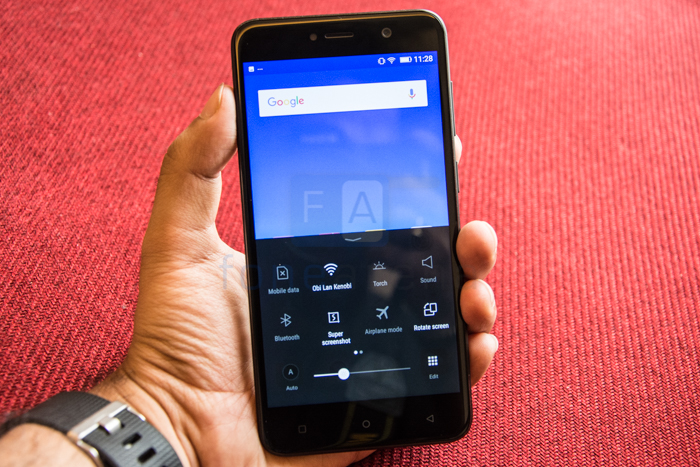 The Gionee A1 Lite exudes quality and simply put, feels great in the hand. There are no creeks, the buttons presses feel solid and offer excellent tactile feedback and it appears that the phone could take a beating. 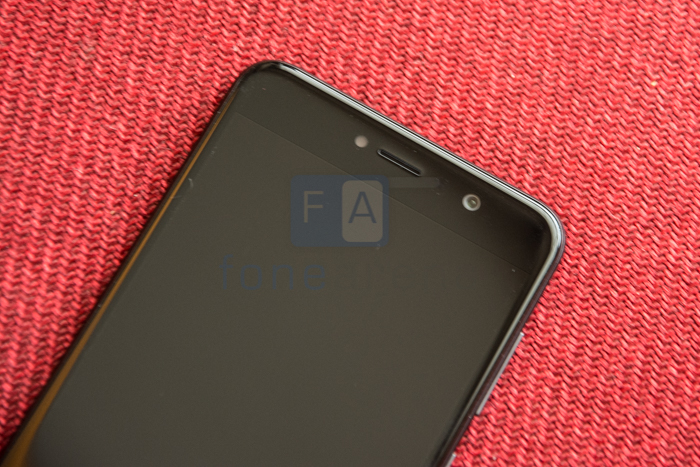 The front of the phone has a 5.3 inch 720p screen with a 20MP front facing camera placed above it. The camera is paired with a selfie flash too and it all ties into the ‘Selfiestan’ brand campaign that Gionee has been promoting. The right side has the volume rocker and power button that is easy to reach out to. The 5.3 inch screen size enables a more compact form factor and this is further enhanced by the lack of any borders around the screen. The bezels too are sufficiently minimal though certainly not along the lines of what we’ve seen on the LG Q6. The dual SIM tray lies along the left side of the handset. 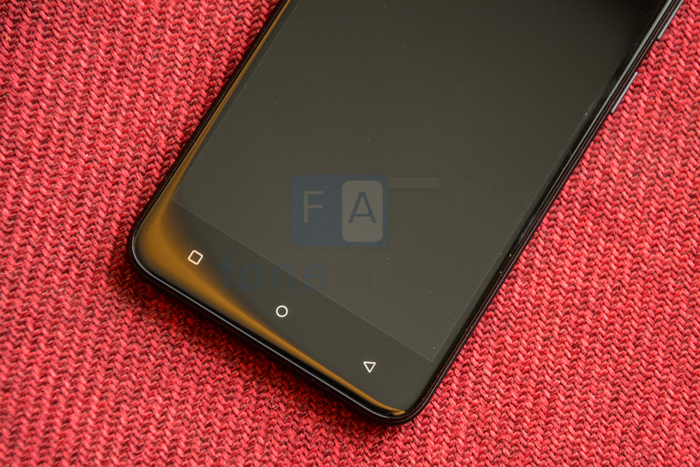 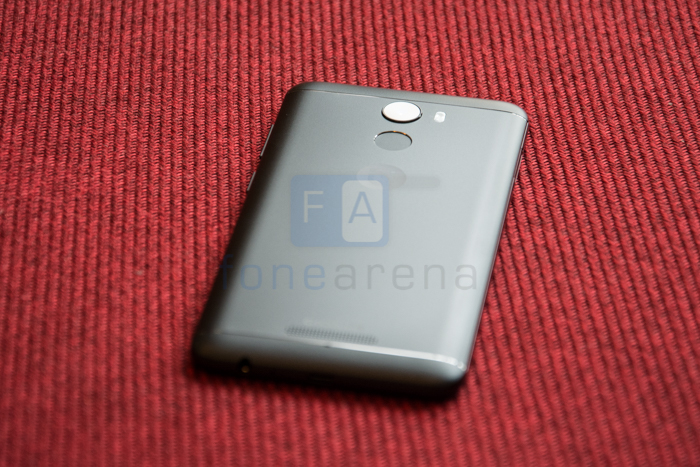 Flipped over, at the back too, the design is familiar and looks very similar to the Redmi Note 4 in particular. The back of the device is made of aluminum though at the top and bottom are plastic end caps for better antenna performance. Towards the top is a 13MP camera alongside a dual LED flash and below it is the fingerprint reader. We didn’t quite like the Gionee logo silkscreened below the fingerprint reader. All in all, the design isn’t extraordinary but it works and as we said earlier, the construction is great. The phone feels densely built and that makes the A1 Lite appear heavier than it actually is.

Software is what makes or breaks mid range hardware. We’ve seen everything from stock Android to skins that cripple hardware performance. The Gionee A1 Lite lies somewhere in between.

Gionee’s take on Android is now on its 4th iteration with Amigo UI 4.0.  Like many other Chinese smartphones, the interface is skinned to look like an iPhone. It also breaks away from some standard UI paradigms that we don’t particularly appreciate. The interface eschews a two level hierarchy and instead places all the apps right on the homescreen. The only way to manage apps is via folders installed on the homescreen. You can swipe between multiple folders to get access to apps quickly without having to dip back into the homescreen area. A fixed shortcut bar lies along the bottom for oft accessed apps.

Eschewing the standard Android process of pulling down the notification tab to access quick toggles, the Gionee A1 Lite requires you to pull up from the bottom edge of the screen. We understand that this has been done to improve one handed access but it adds another step to the learning curve for anyone who has previously used an Android device. The launcher also allows for some basic tweaking using themes and more.

There’s a veritably boat load of bloatware installed on the device, we counted 25 additional apps beyond the essentials. Some of these are simply shortcuts and most can be uninstalled. The system manager app is one of the more useful additions and allows for quick access to useful features like the power manager, controlling data access for apps as well as auto start functionality.

The Gionee A1 Lite is powered by a 1.3GHz Octa-Core Mediatek MT6753 Processor with Mali T-720 GPU which places it at a disadvantage compared to the Snapdragon chipset toting competition. The chipset isn’t really up to par with what the competition is offering and this shows in every day use. The GPU in particular gives cause for concern as even moderately graphic intensive games result in dropped frame rates. The 3GB of RAM helps with multitasking but once again, the processor becomes the constraint once you cross 12 apps or so. The performance isn’t quite terrible but the A1 Lite shouldn’t be your top choice if all out performance is your priority. The phone also has a tendency to heat up to an uncomfortable degree once you start pushing it.

The Gionee A1 Lite employs a 5.3 inch 720p display that is sufficiently bright for outdoor use. Despite a bright summer sun and generally glossy front panel, we had no issues with using the phone outdoors. What we did not like was the resolution. The phone remains useable but the low resolution panel makes watching movies and viewing photos a bit less enjoyable. It is also possible to view jaggies around text and icons on close inspection. Also add in the fact that most of the competition offers Full HD panels in this price range and you’ve got to take away points from the Gionee A1 Lite. 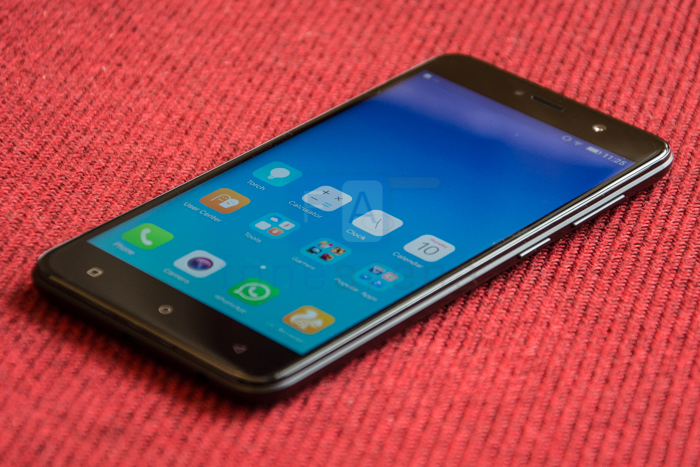 The 2.5D curved Corning Gorilla Glass 3 panel brings improved scratch protection. The phone uses an IPS panel and so visibility angles are quite decent with  very little color shift at extreme angles. It is possible to adjust the color temperature of the screen and we enjoyed using the phone a lot more with the panel set to warmer hues compared to the rather cool default setting. 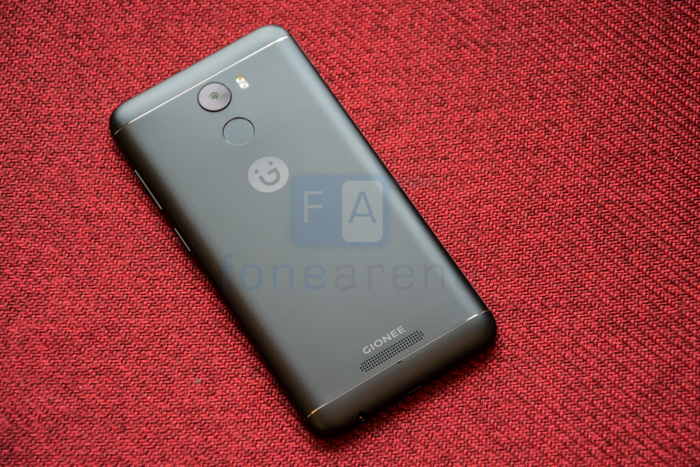 Gionee has come a long way with the camera module on the A1 Lite. While still not best in class, it is a marked improvement over what we’ve seen from previous Gionee devices.

We found low light performance to be above average with limited noise. Focussing speed was perfectly adequate but where the phone did suffer was in terms of dynamic range. Even with the HDR mode on, overblown highlights were very common. The camera also tends to be a bit slow when it comes to capturing the shot. Pressing the shutter button doesn’t necessarily mean an instantaneous capture and this invariably led to more than a few blurry shots. 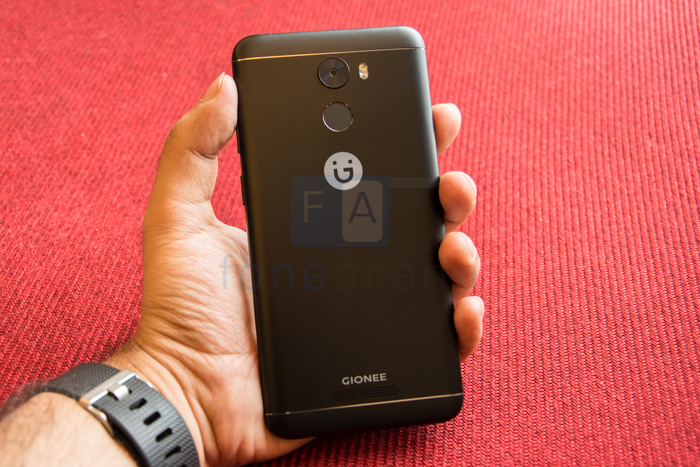 Coming to battery life, we were a bit disappointed by what the A1 Lite brought to the table. Despite having a massive 4000 mAh battery, the phone just about lasted a full day of use. We suspect the MediaTek chipset is to be blamed for the less than stellar battery life. In terms of use, we got close to 7 hours or so which is quite low compared to what competing devices have been offering with similarly priced and specced hardware.

The Gionee A1 Lite sits somewhere between the A1 and A1 Plus in terms of general performance and refinement. It would be fair to say that the company has been improving their game but what needs to be pointed out is the fact that the A1 Lite doesn’t really stand up to the competition. Be it Xiaomi, Moto or even Oppo and Vivo, the competition offers hardware that performs better, has better battery life and may even be cheaper. 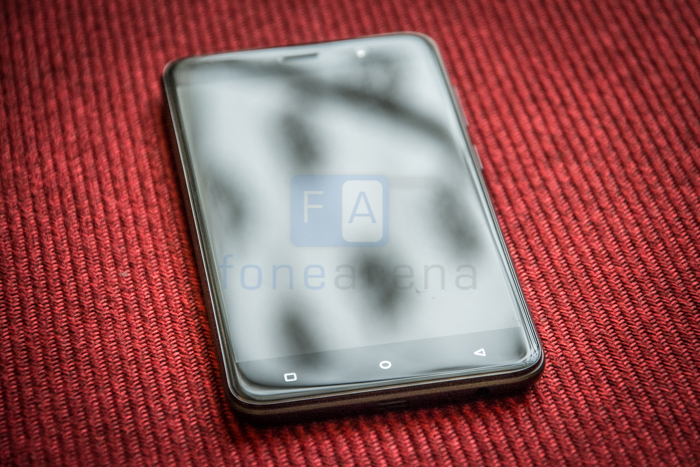 It’s not all doom and gloom of course as both the cameras and the build quality of the Gionee A1 Lite impress. You could make a case for the device if performance isn’t the primary criteria under consideration. The Gionee A1 Lite is priced at Rs. 14,999 but you’d be better off with the likes of the Xiaomi Redmi Note 4 or the Moto G5 Plus which simply offer more bang for your buck.