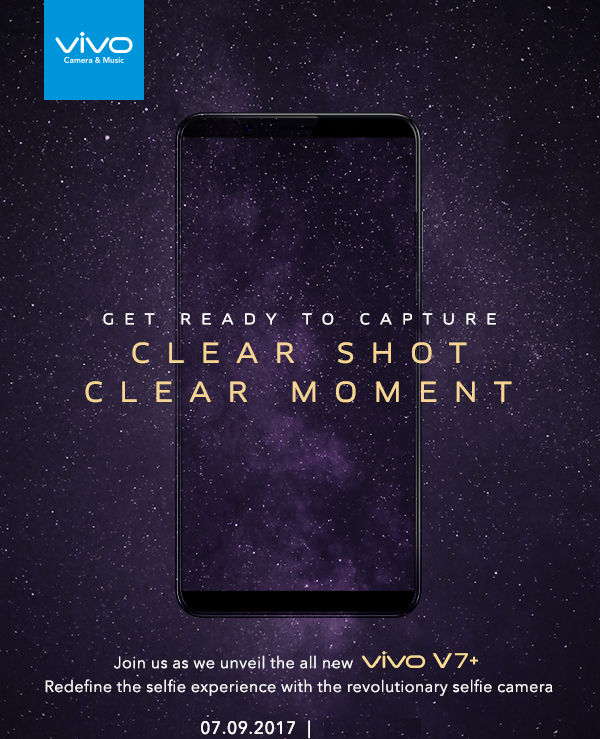 Vivo just sent out invites for the launch V7+, its upcoming smartphone in the ‘V series’ and the successor of last year’s V5 Plus in India on September 7th in India. The invite says Get Ready to Capture Clear Shot Clear Moment and also says that Redefine the selfie experience with the revolutionary selfie camera  that reveals that it will be a selfie-focused smartphone, similar to the predecessor. It also shows minimal bezels, but we have to wait to find out how the original phone is.

The Vivo X9 was launched as the  V5 Plus in India, so there are chances we might see recently introduced X9s to be launched as V7+ in India with a few tweaks. 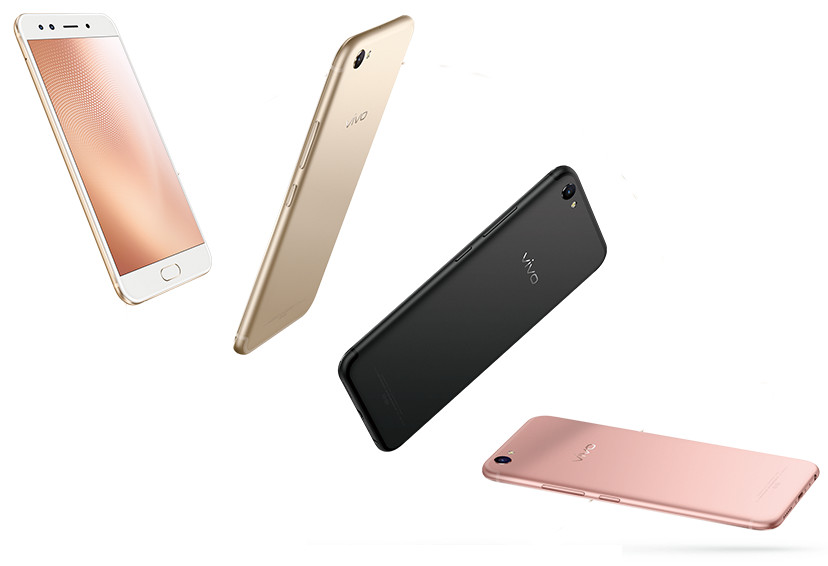 To remind you, the X9s and X9s Plus come with a 20-megapixel front-facing camera along with a 5-megapixel camera for capturing depth information by adjusting f/0.95 to f/16 equivalent aperture when shooting selfies, 16-megapixel rear camera, 1080p AMOLED screen, 4GB RAM, 64GB internal storage, fingerprint sensor on the front and run Android 7.1 (Nougat).

We should know more details about the V7+ in coming weeks.