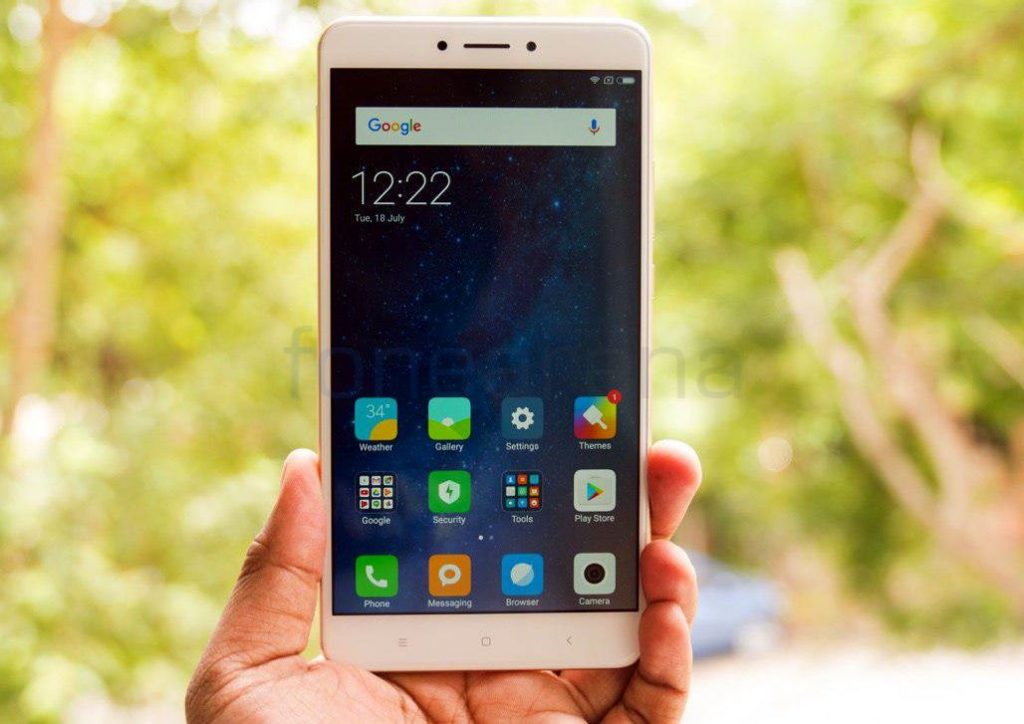 This week, Xiaomi launched  Mi Max 2 in India, LG announced Q8, a smaller version of the V20 smartphone, Sony launched Xperia XA1 Ultra. Let’s take a look at all the important launches and announcements that took place this week. 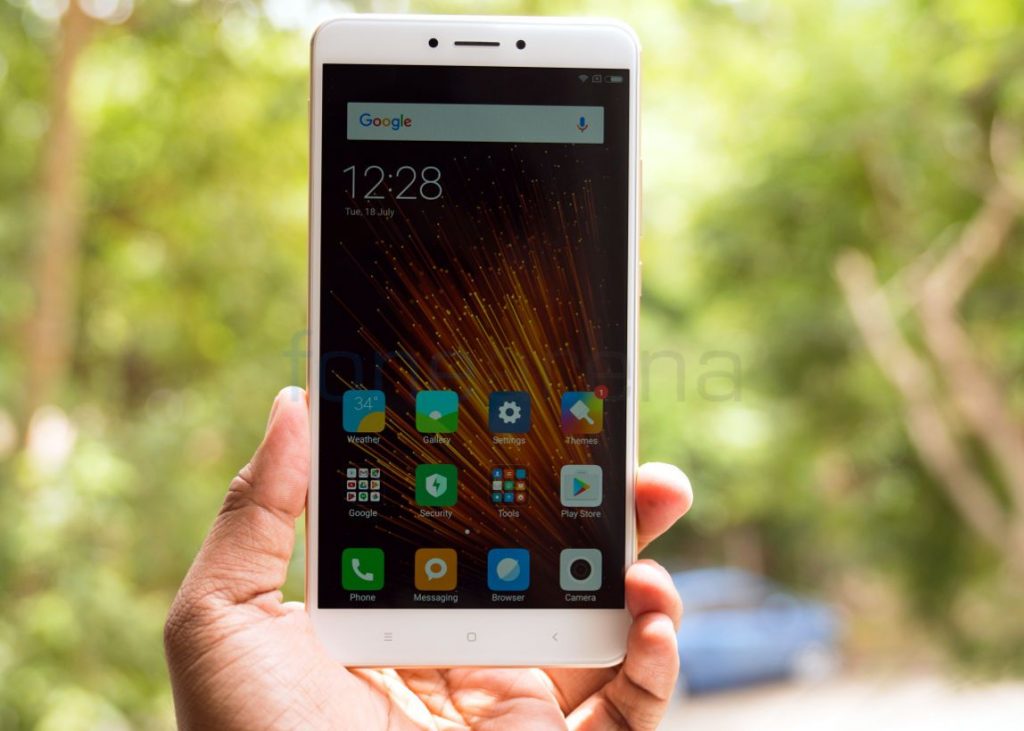 Xiaomi launched the Mi Max 2, successor of last year’s Mi Max phablet in India. It packs a 6.44-inch 1080p 2.5D curved glass display with 0.7mm ultra narrow bezel on the side, Corning Gorilla Glass 3 protection and has a huge 5300mAh battery with support for Qualcomm Quick Charge 3.0. It is powered by Snapdragon 625 processor, has an improved 12-megapixel rear camera and a 5-megapixel front-facing camera. The Xiaomi Mi Max 2 comes in Matte Black color in India and is priced at Rs. 16,999.

It will be available from Flipkart, Amazon, Tata Cliq and Paytm mall from July 27th 10AM and will also be available from offline stores such as Poorvika, BigC, Sangeetha, Croma, Lot, Vijay Sales, eZone and Reliance Digital. 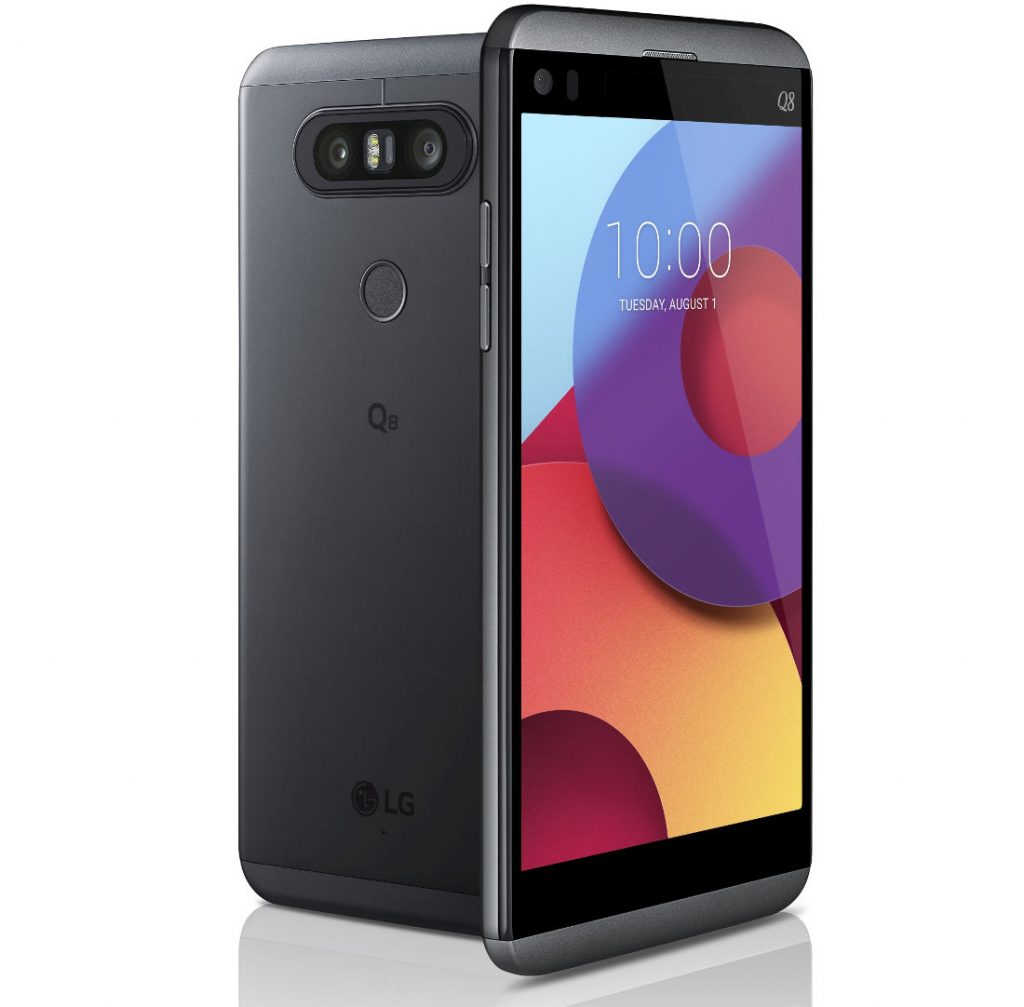 LG announced Q8, a smaller version of the V20 smartphone in Italy. It has a 5.2-inch Quad HD screen along with a 2.1 (160 x 1040 pixels) second screen. It has a 16MP rear camera with 78-degree lens along with a secondary 8MP secondary camera with 135-degree wide-angle lens. It has a slightly smaller 3000mAh battery. The phone has IP67 ratings for water resistance, 32-bit Hi-Fi ESS SABRE ES9218 Quad DAC for a clearer sound by minimizing distortion and ambient noise by up to 50%. 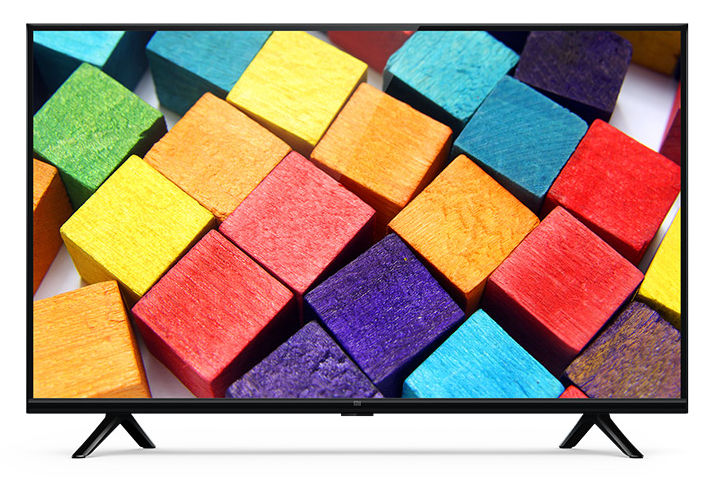 Xiaomi introduced 32-inch version of the Mi TV 4A, which is the company’s cheapest Smart TV. It also has “Patch Wall”, a UI layer on top of the Android OS that’s based on deep learning AI technology, but it doesn’t have Bluetooth and Bluetooth voice remote control. It has intelligent system that offers recommendations based on your usage and is just 4kg making it easy to shift it. It is also one of the smallest measuring 435x478x733mm. 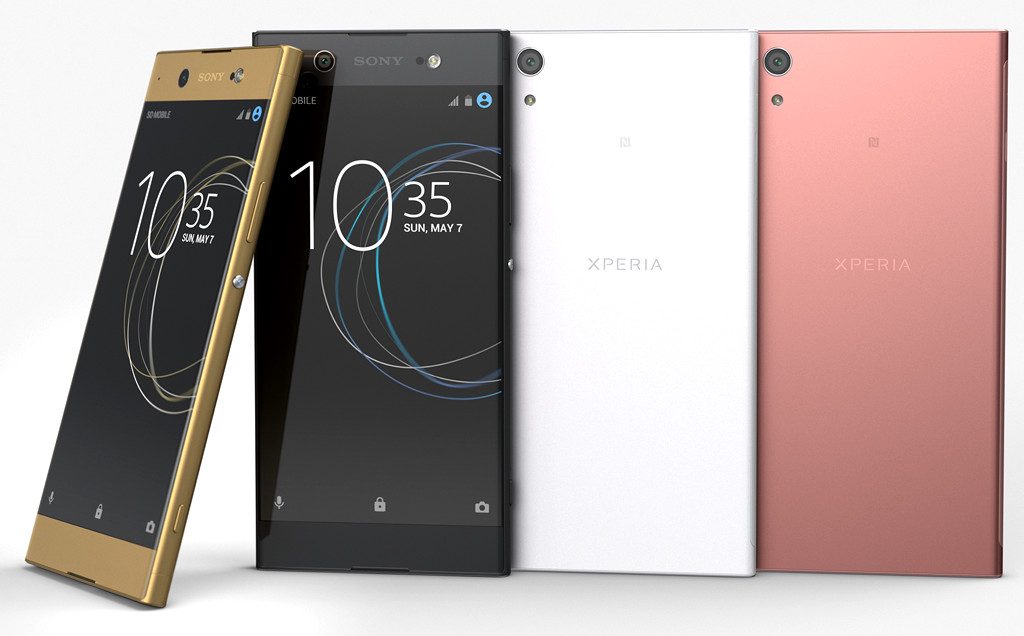 Sony launched Xperia XA1 Ultra successor of last year’sXperia XA Ultra in India. It was introduced at the MWC earlier this year, has the same 6-inch 1080p display and a 2700mAh battery as the predecessor, but this is powered by an Octa-Core MediaTek Helio P20 processor and runs on Android 7.0 (Nougat). It has a 23-megapixel rear camera with LED flash, Hybrid Auto-Focus, 1/2.3” Exmor RS sensor and a 16-megapixel front-facing camera.It also has a dedicated camera button. 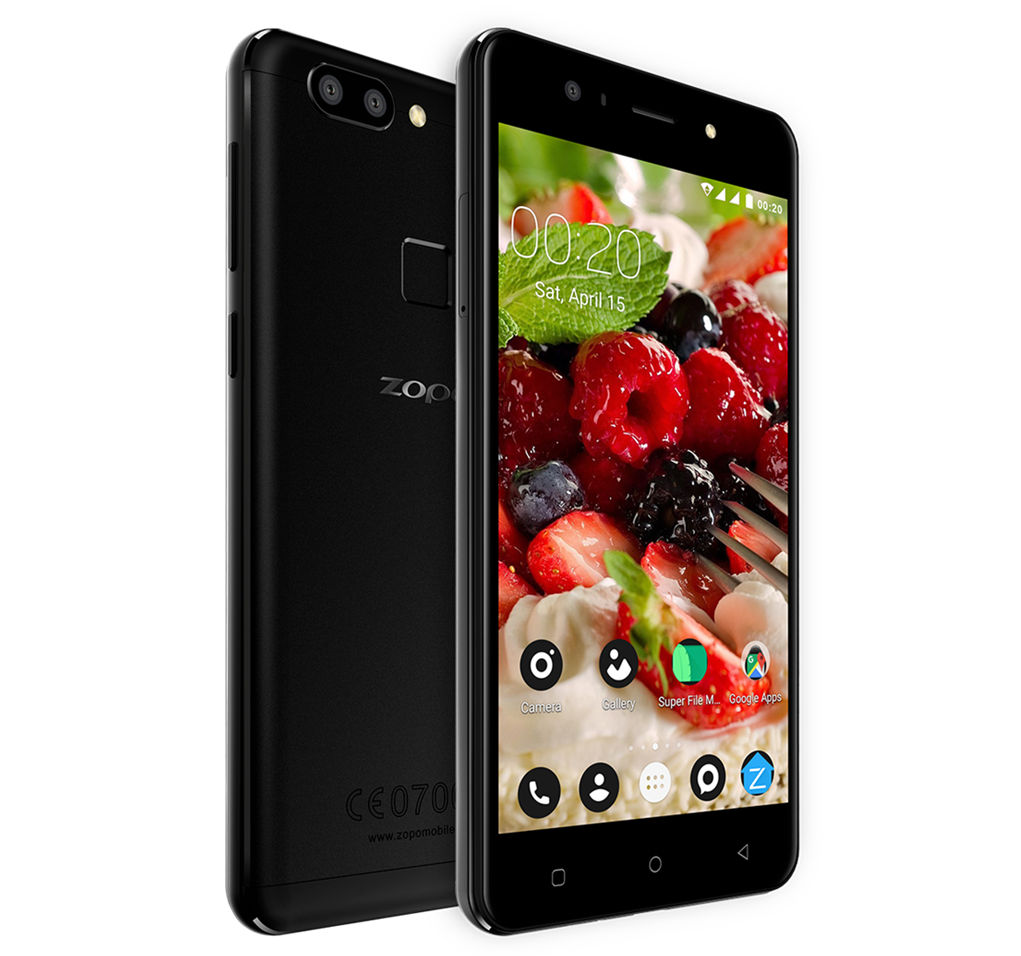 ZOPO launched the Speed X smartphone in India. It has a 5-inch 1080p display, unibody metal design, 13-megapixel rear camera along with a 2-megapixel secondary camera to capture depth information. It also has a fingerprint sensor on the back. The ZOPO Speed X comes in Royale Gold, Charcoal Black, Orchid Gold and Space Grey colors and is priced at Rs. 9,499. It will be available exclusively on e-commerce platforms across the country from today. 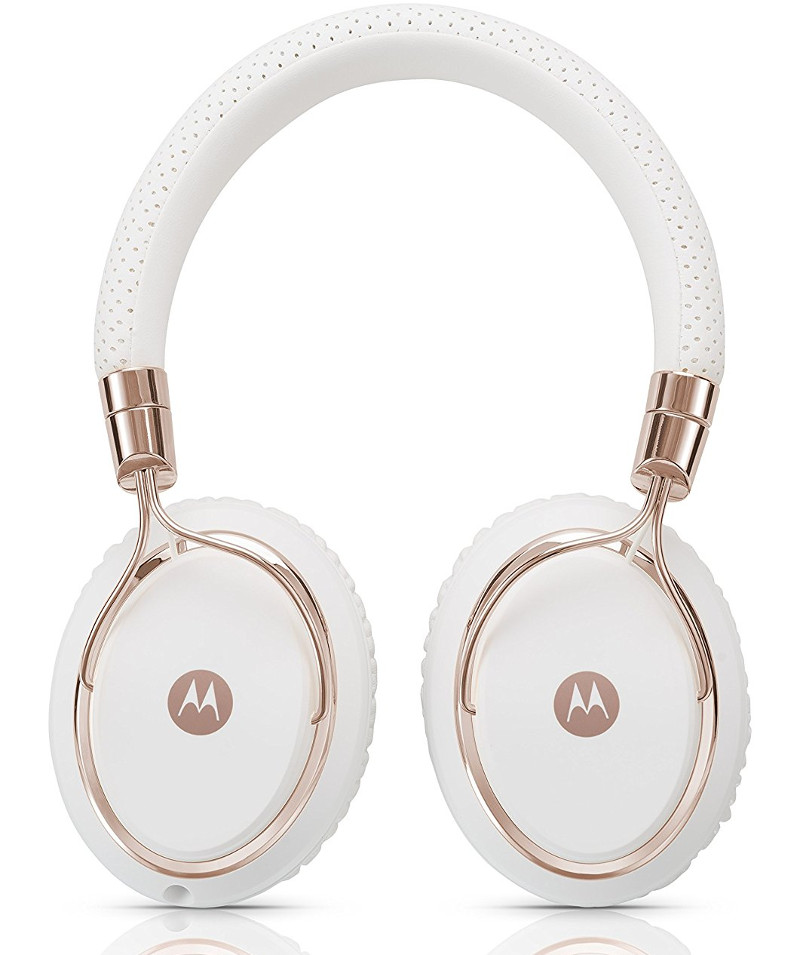 Motorola launched Pulse M Over-the- Ear Wired Headphone in India. It is premium headphones and has a white leather and rose gold metal finish design for a premium look and also promises comfortable experience. It has over-ear cups and 40mm drivers. The Motorola Pulse M comes in White with Gold and Black with Silver colors and is priced at Rs. 2999. It will be available from retail stores. 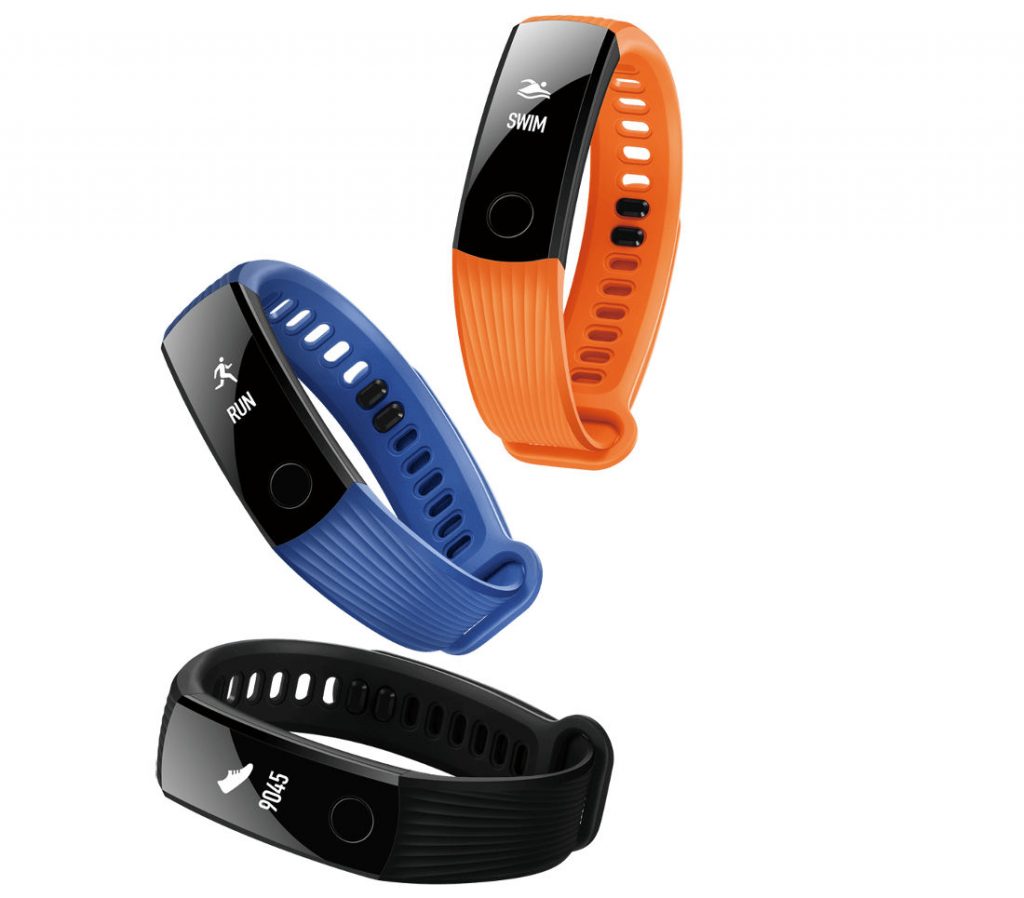 Huawei’s Honor brand has launched Band 3 in India.  It has a 0.91-inch OLED display, comes with continuous heart rate tracking and is also water resistant up to 50 meters. It has M4 core technology, support for floating-point operations, and an optimized algorithm to measure heart rate with greater accuracy. The Honor Band 3 comes in Dynamic Orange, Classic Navy Blue and Carbon Black colors and is priced at Rs. 2,799. It is available exclusively on Amazon.in. 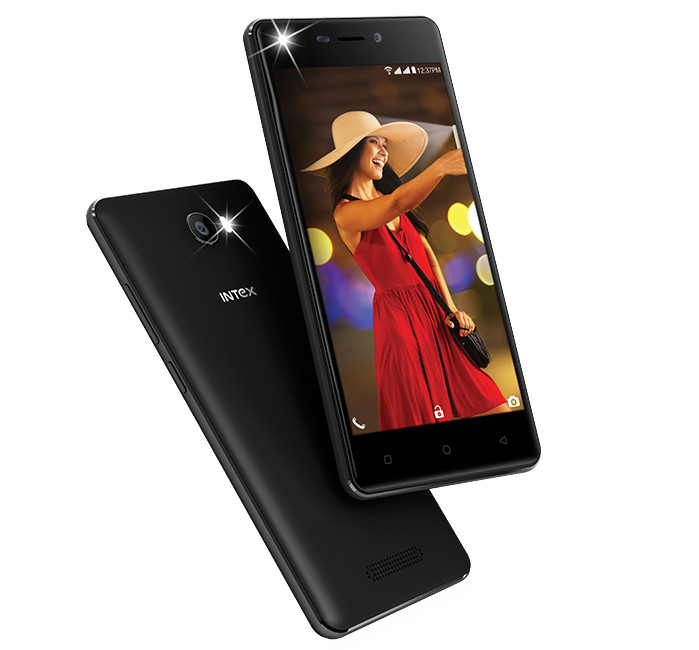 Intex launched Aqua Lions 3, the company’s latest budget smartphone in the Aqua series at an event. It has a 5-inch HD 2.5D curved glass display with , is powered by a Quad-core MediaTek MT6737 processor and runs on Android 7.0 (Nougat). It has 8-megapixel front and rear cameras with LED flash for both. The Intex Aqua Lions 3 comes in Black and Gold colors and is priced at Rs. 6499. 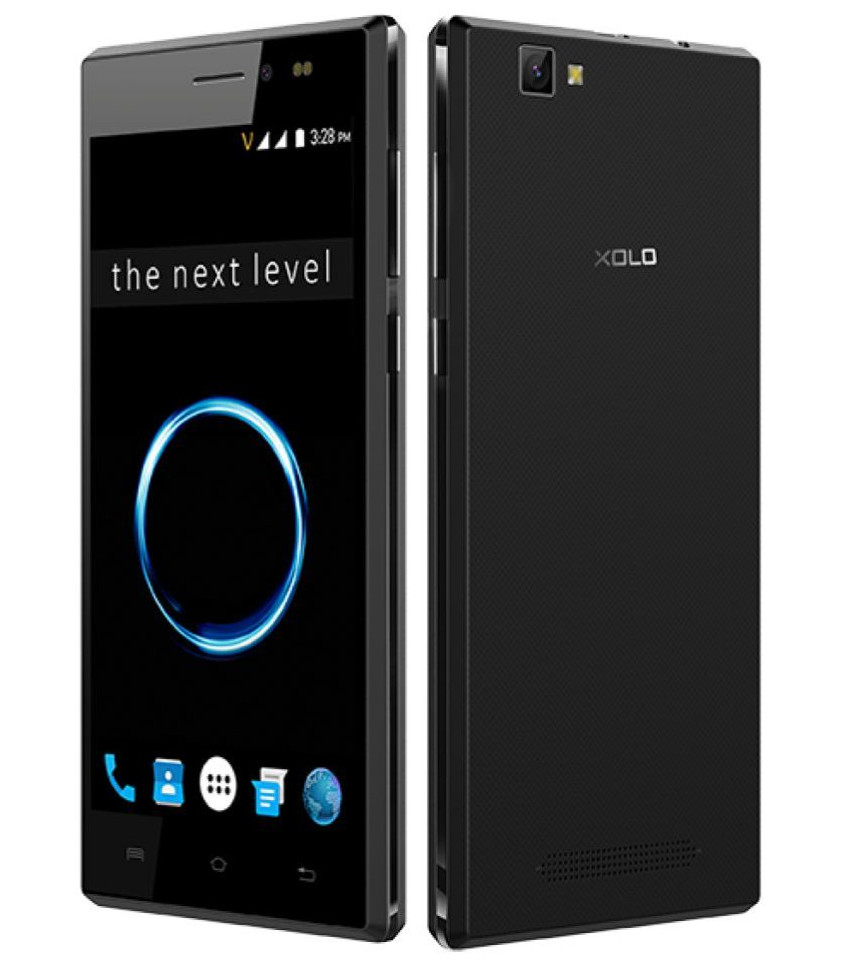 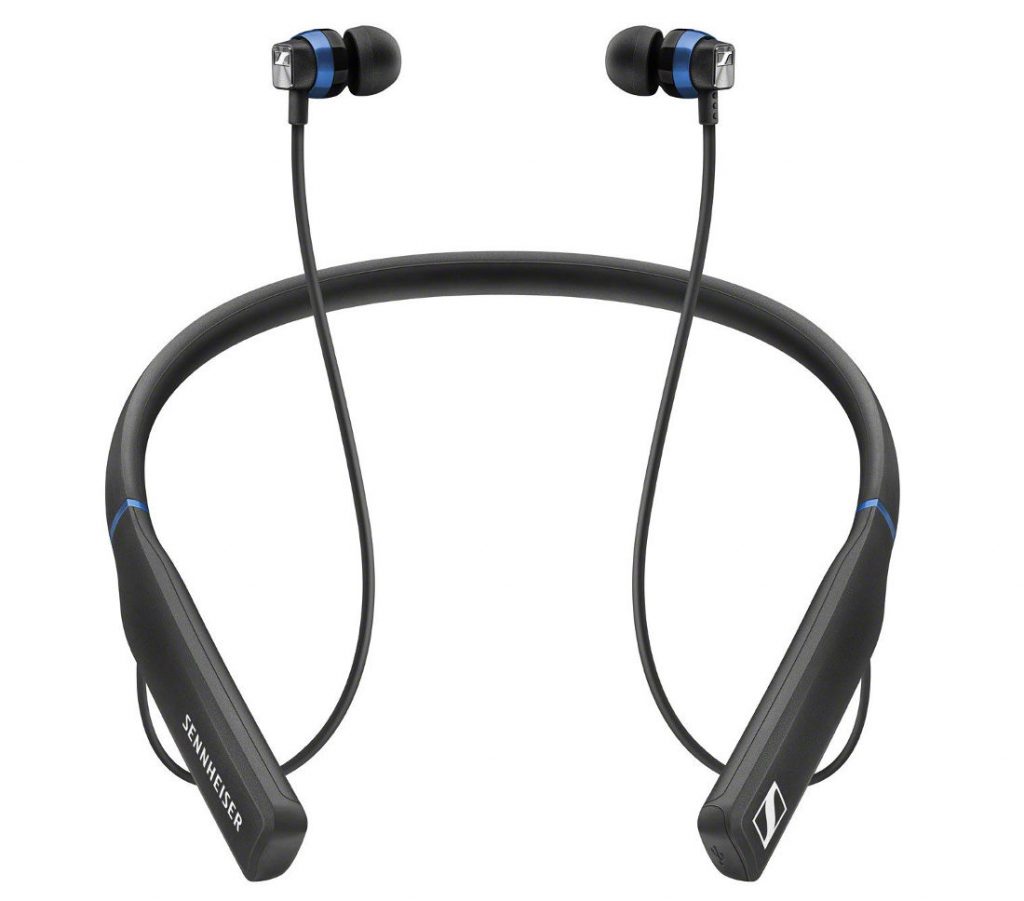 Sennheiser launched CX 7.00BT, its latest neckband style wireless headset with Bluetooth 4.1 and Qualcomm apt-X for true Hi-Fi sound. It also has NFC support for one-touch pairing. The Sennheiser CX 7.00BT comes in Black color and is priced at Rs. 11,990. It will be available from offline and online retail stores such as Amazon.in soon. 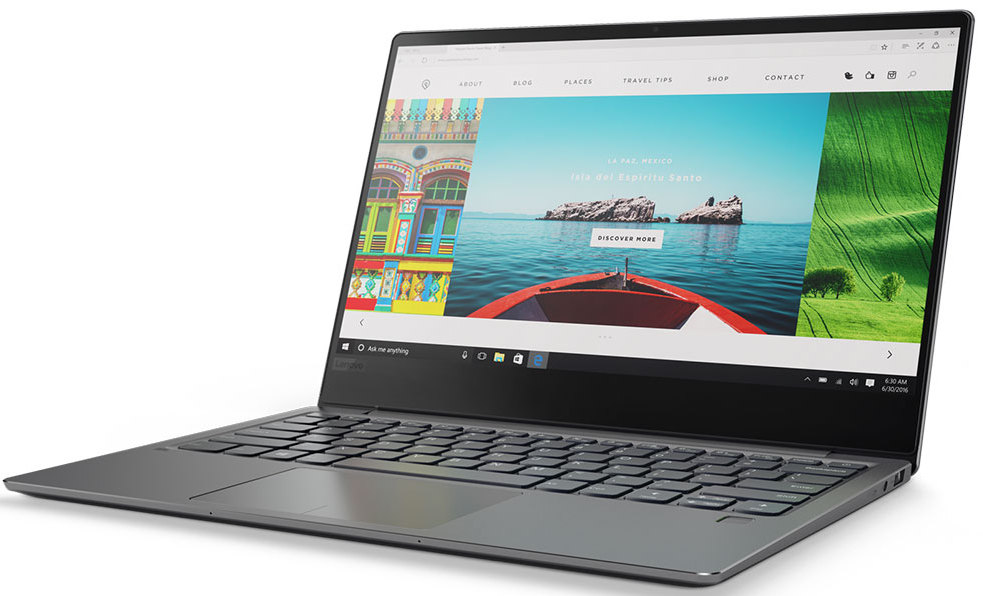 Lenovo launched Yoga 720 and Yoga 520 convertibles in India along with Ideapad laptops. It packs up to 7th Gen Intel Core i7 processor.  Both convertibles come with cutting-edge NVIDIA graphics, FHD display and a fingerprint reader. The devices come with an immersive audio experience with JBL Speakers and Dolby Audio Premium in the Yoga 720 and Harman Speakers in the Yoga 520. 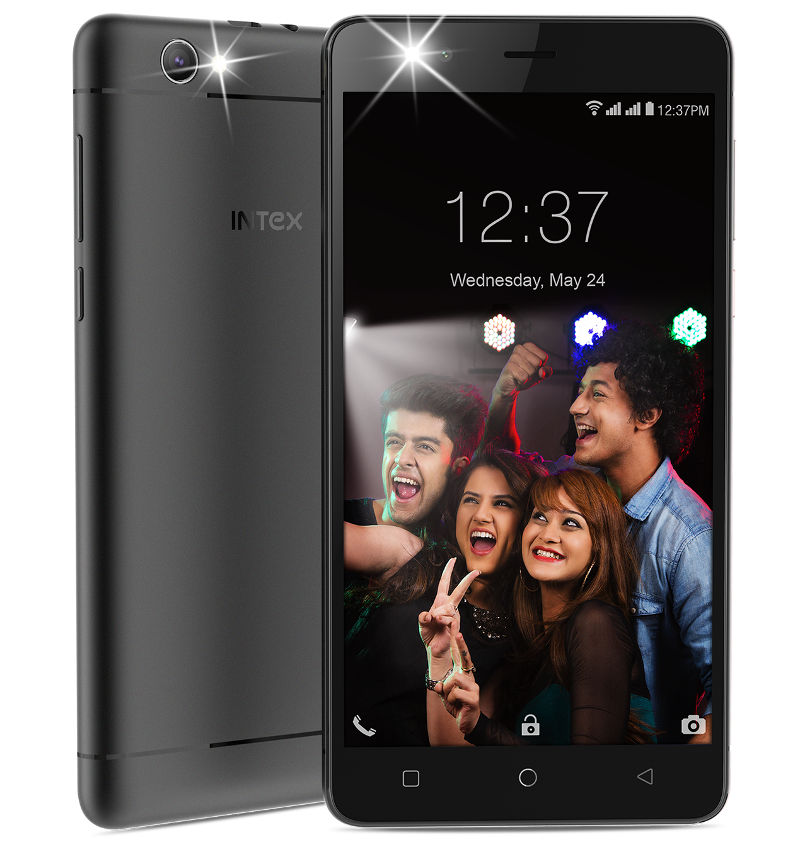 Intex launched Aqua Selfie, the company’s latest budget smartphone in the Aqua series. It has a 8-megapixel auto focus rear camera and a 5-megapixel front-facing camera, both with LED flash. It has a 5.5-inch HD display, is powered by a quad-core Spreadtrum processor and runs on Android 7.0 (Nougat). 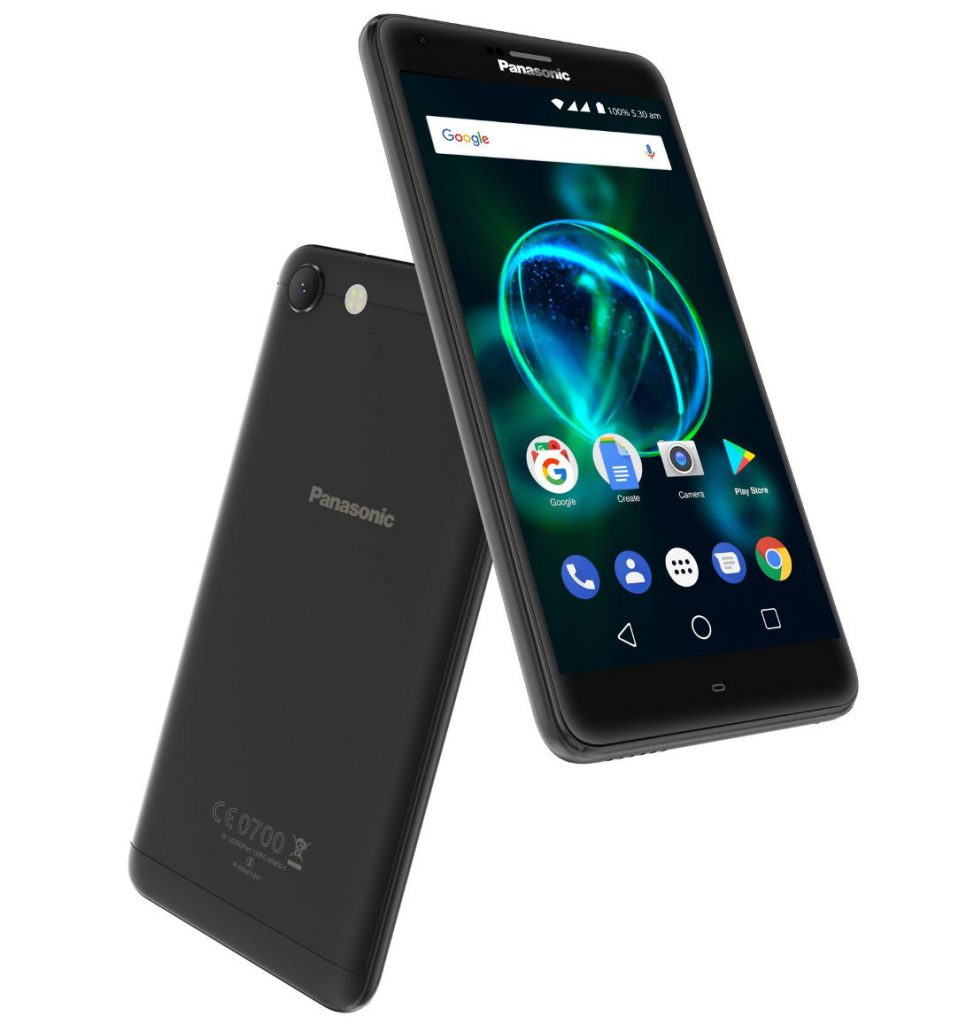 Panasonic launched P55 Max that packs a 5000mAh battery. It has a 5.5-inch HD 2.5D curved glass display, is powered by a quad-core MediaTek MT6737 processor, runs on Android 7.0 (Nougat), has a 13-megapixel rear camera with quad-LED flash and a 5-megapixel front-facing camera. It has a metal body, but doesn’t have a fingerprint sensor. 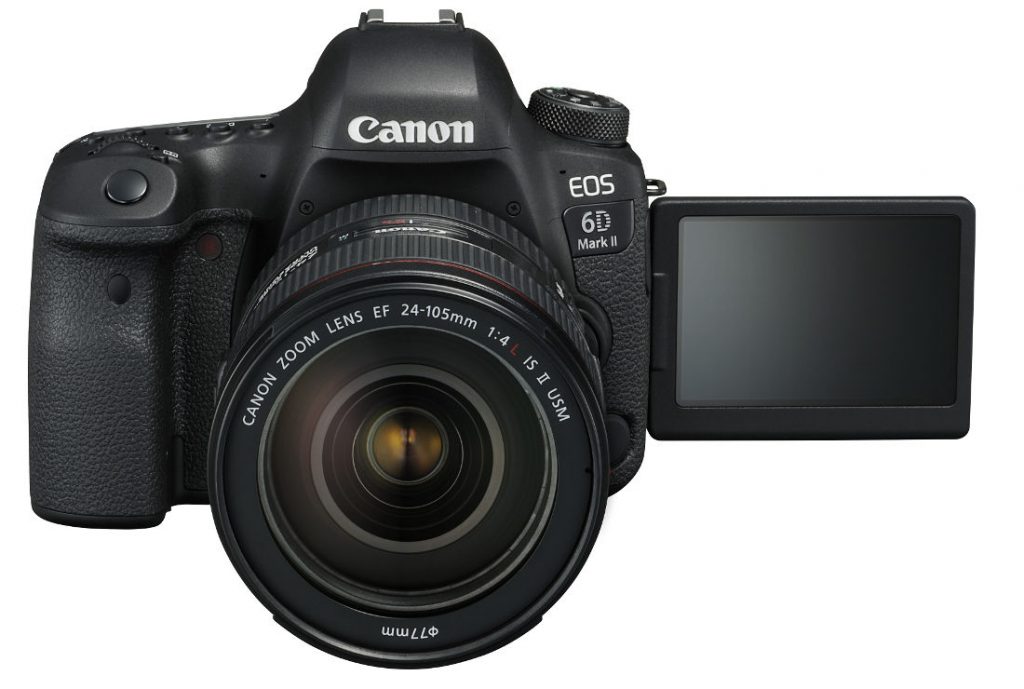 Canon launched EOS 6D Mark II full-frame DSLR. It has a 26.2MP Full-frame CMOS Sensor, has DIGIC 7 Image Processor and is dust and water-resistant. Canon says that it has several enhancements over its predecessor, but it still has maximum 1080p video recording. It has 7560 pixel RGB+IR metering sensor and a colour detection AF that enables consistent and accurate exposure in various lighting conditions. 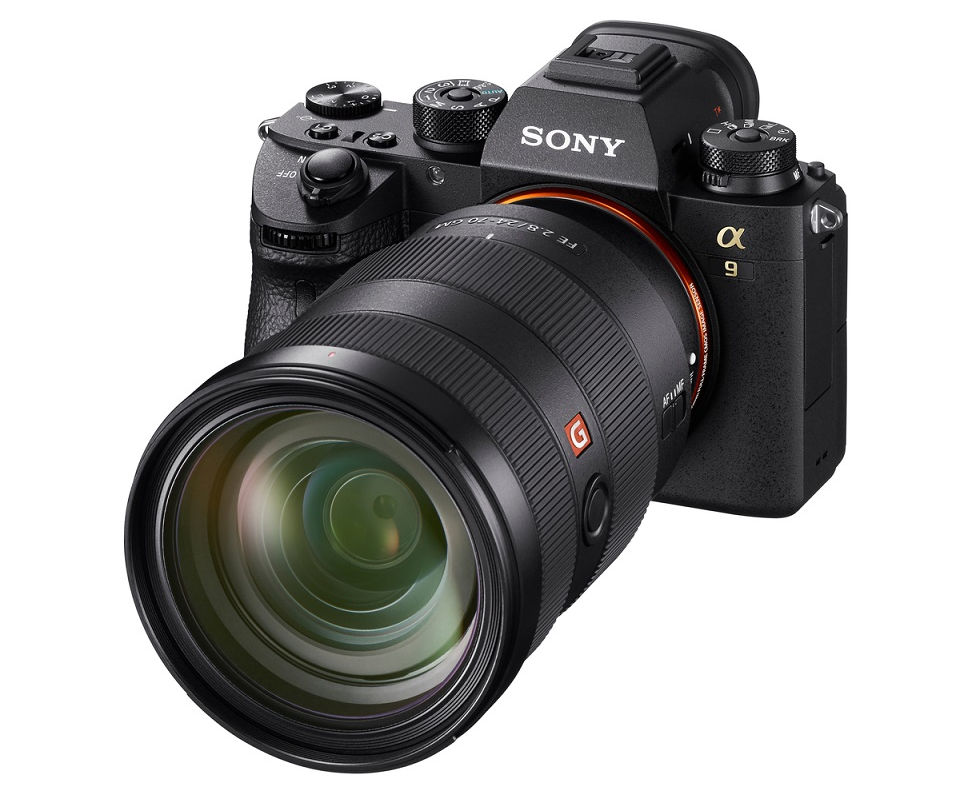 Sony launched α9 mirrorless camera  with world’s first 35mm full-frame stacked CMOS sensor, 24.2 MP resolution in India. It has Blackout-free Shooting at up to 20 fps, has AF/AE tracking calculation up to 60 times per sec, Silent and Vibration-free shooting at speeds up to 1/32,000 sec and 5-axis in-body image stabilization with a 5.0 step shutter speed advantage. It also has Dual SD card slots and extended battery life. 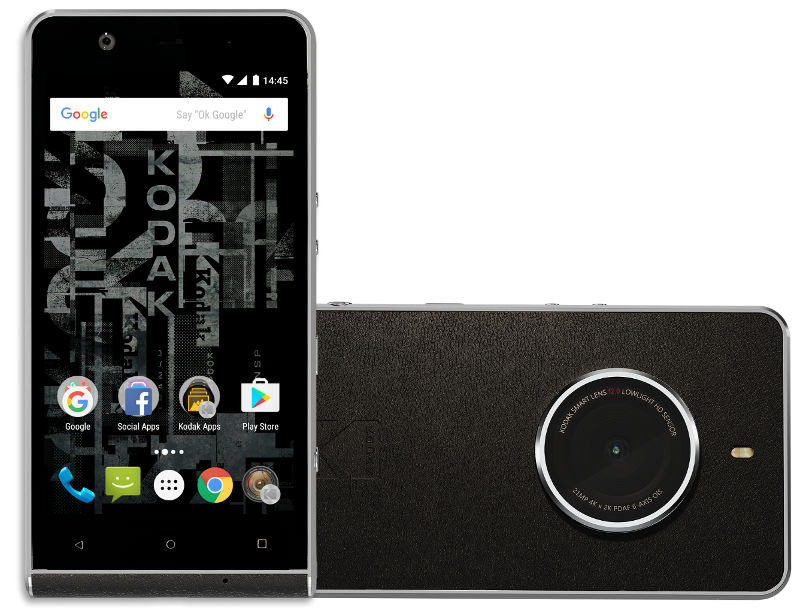 Kodak launched Ektra Android smartphone in India. It was announced back in October last year and has a 21-megapixel rear camera with Sony IMX230 sensor, f/2.0 aperture, 6-axis optical image stabilization (OIS), Phase Detection Auto Focus (PDAF), non-reflective lens coating, dual-tone LED flash and a 13-megapixel front-facing camera. It also has a dedicated shutter button, customizable manual mode and the camera lens is covered by Corning Gorilla Glass. It has a leather-like finish on the outside for a better grip.

The Kodak Ektra comes in Black color, is priced at Rs.19,990 and will be available exclusively from Flipkart starting 4PM tomorrow, 18th July 2017. 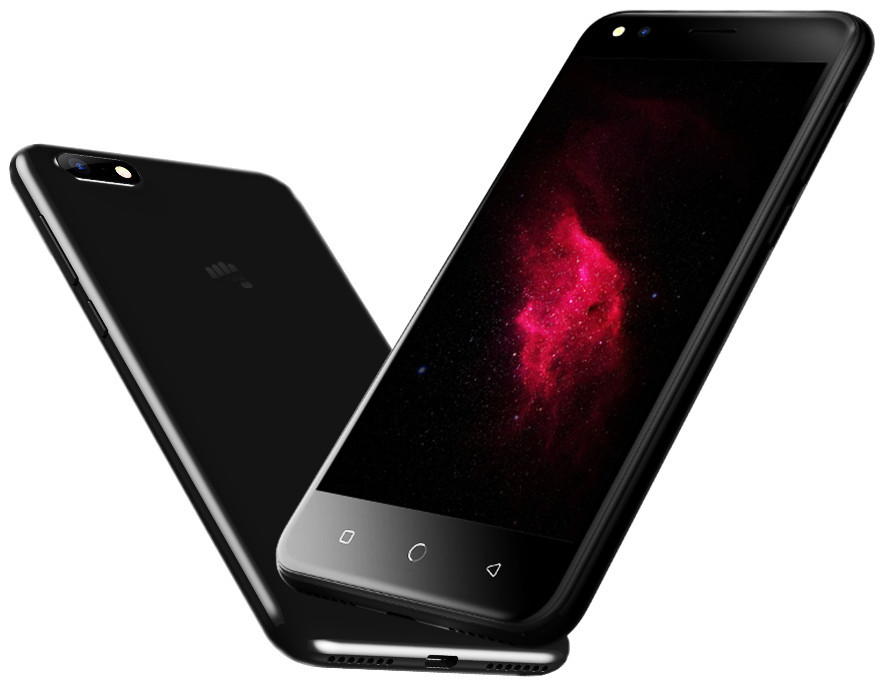 Micromax launched Canvas 1 that comes with 4G VoLTE support. It has a 5-inch HD 2.5D curved glass in-cell display, is powered by a quad-core MediaTek MT6737 processor and runs on Android 7.0 (Nougat). It has a 8-megapixel rear camera with dual-tone LED flash and a 5-megapixel front-facing camera that also has LED flash.