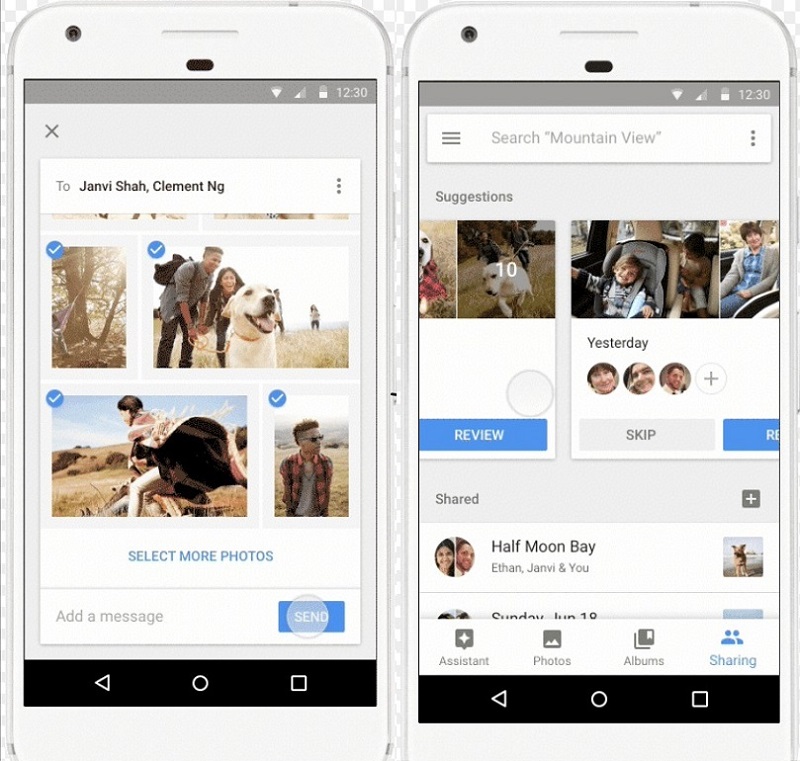 Google had announced three new features for Photos at the I/O 2017 conference that are aimed at making sharing easy. Google has now started rolling out suggested sharing, shared albums to Android, iOS and Web.

Suggested sharing uses machine learning to automatically identify photos and suggest recipients. For example you if you have few photos of a friend from his birthday party, Google will suggest you to send those photos to that friend. Users can also search for photos to share by keyword, location, or name. All the sharing activities and suggestions will be seen in a new Sharing tab at the bottom of the screen. You can share directly in the app or via email or phone.

Up next, Google Photos is getting Shared Libraries that lets you automatically send and receive photos with one other person by giving them access to your full photo library. You can also share only photos of certain people or from a certain date forward. Similarly, when others share their library with you, you can automatically save the photos you want so they also show up in search and in the movies, collages and other fun creations. Google Photos has more than 500 million users.