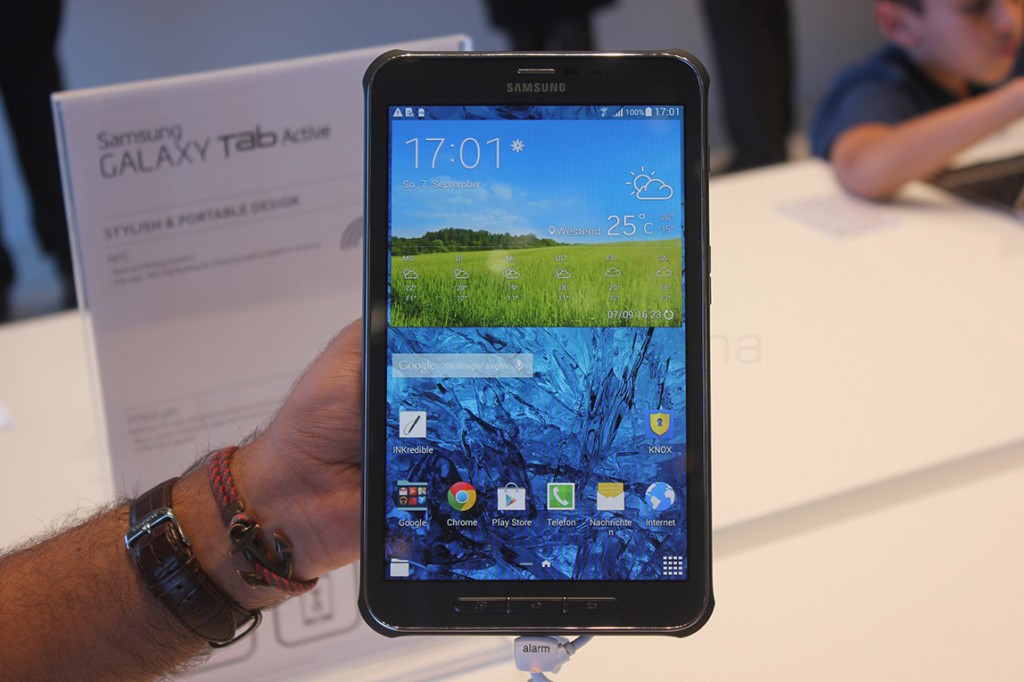 Samsung had announced Galaxy Tab Active rugged tablet back in 2014 following which it was launched in India in 2015. Now, a latest report from SamMobile states, Samsung is working on next generation Galaxy Tab Active 2. The company is currently working on on two variants of the Galaxy Tab Active 2: SM-T390 and SM-T395, according to the report. The SM-T390 model will be Wi-Fi-only while the SM-T395 will support Wi-Fi + LTE. Both these tablets will be available for Europe and Latin America markets however, it could also expand globally. Unfortunately, there are no details about the specifications on these tablets. The original Galaxy Tab Active came with anti-shock covering that can withstand a 1.2-meter drop, with the protective cover on.  It is also water and dust resistant with IP67 certification. Source