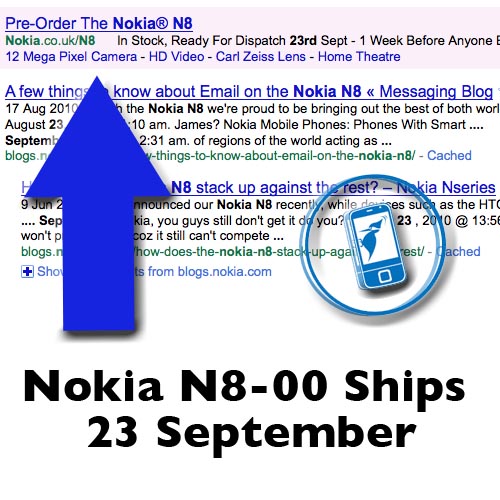 Looks like the Nokia N8 is going to be available in UK first on September 23rd according to an Ad placed on Google UKWe just checked on google.co.uk and reference to the date and 1 week before everyone else line is missing now.But some users are saying that they are still seeing it.