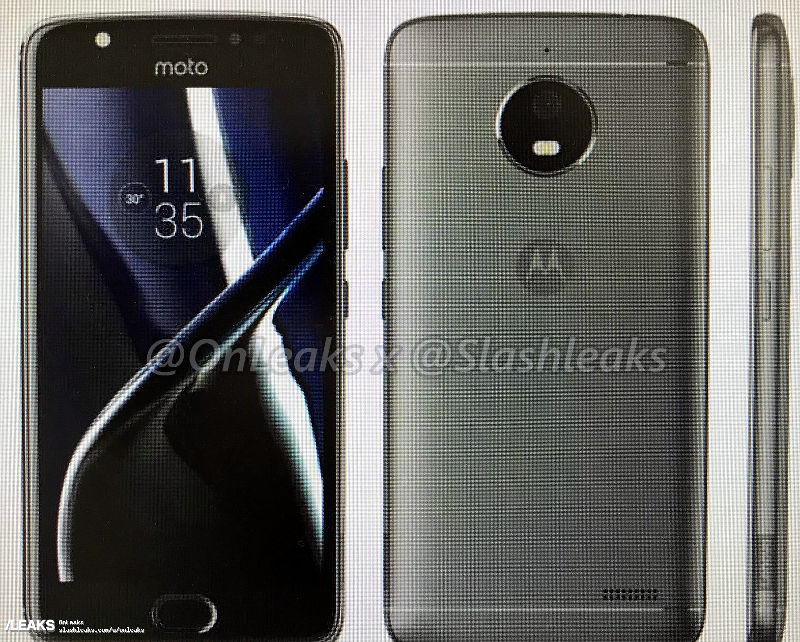 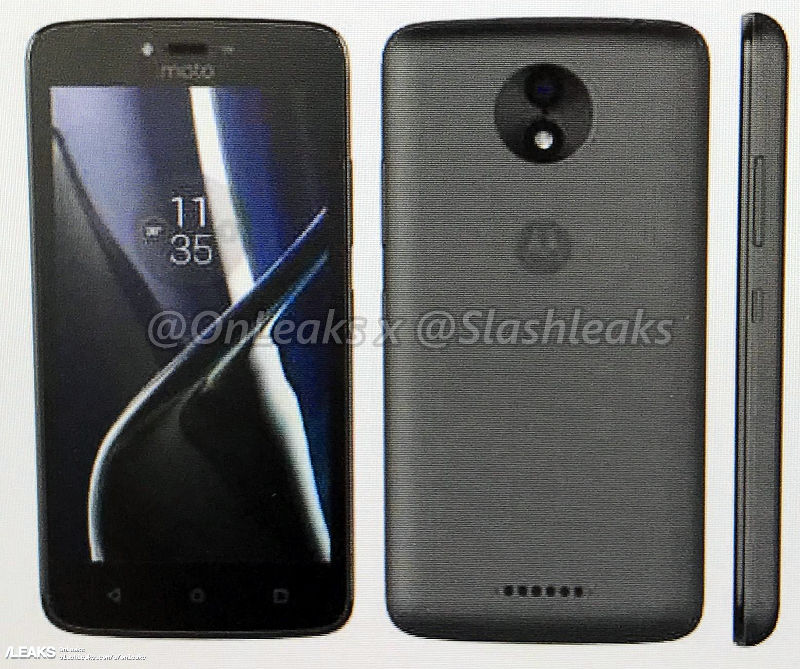 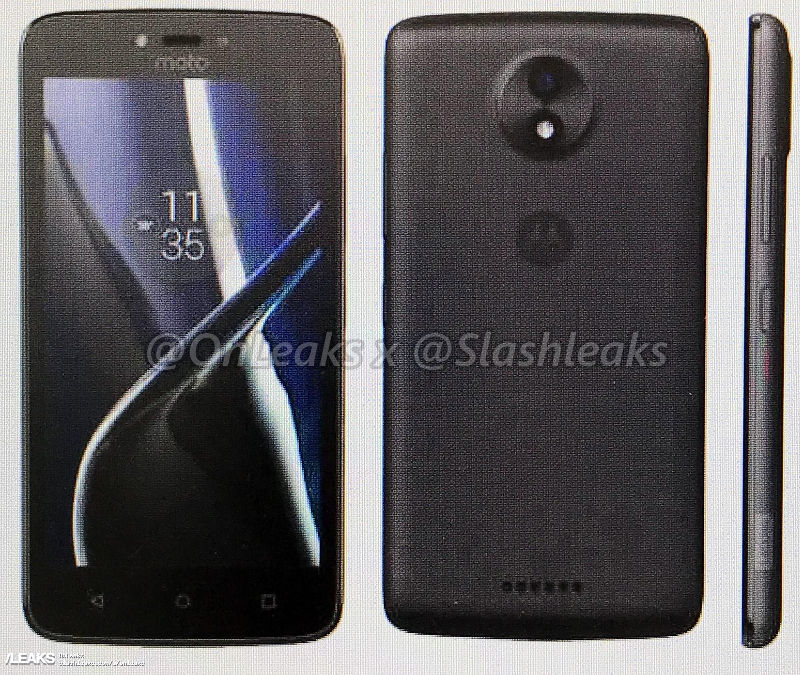 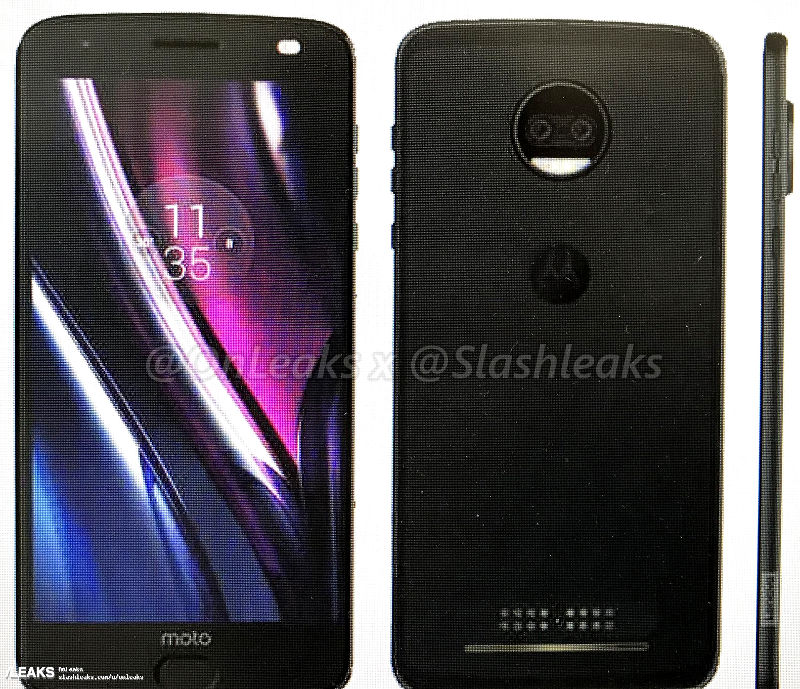 According to the image, the Moto Z2 Force has a slightly different design along with dual-tone LED flash for the front and rear cameras and a fingerprint embedded into the home button. There is also dual rear camera arrangement with a slight bump for the camera module and the usual Moto Mods connector pins.