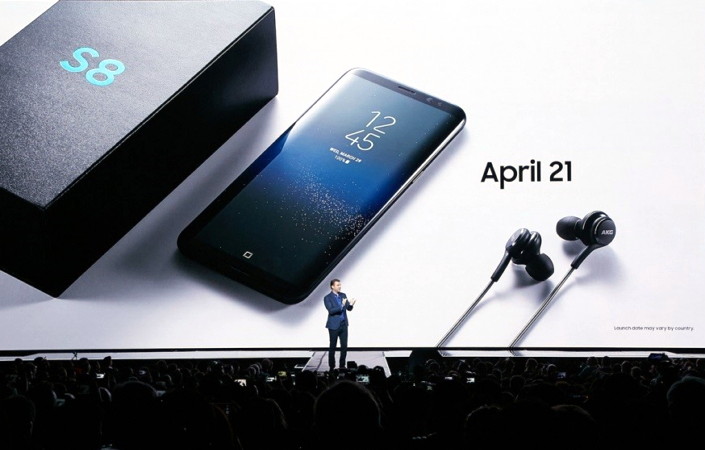 Samsung announced its flagship Galaxy S8 and Galaxy S8+ smartphones at its New York event a few hours back. One of the main upgrades compared to the Galaxy S7 series is the Bluetooth 5 support in the S8 series, making to the first smartphone in the world to come with this feature. According to Samsung Bluetooth 5 LE offers speeds up to 2Mbps.

Another important feature is the Bluetooth Dual audio that lets you Stream audio from S8 to up to two Bluetooth headsets or speakers simultaneously. You can also adjust the volume levels for each device independently. However the two connected devices may exhibit a slight difference in sound output, according to Samsung.

Samsung also said that it has Scalable Codec so the Bluetooth connection will be stable even with ambient radio frequency interferences. This feature is available only for certain accessories made by Samsung, said the company.

Even though Samsung has not mentioned in the spec sheet, the Galaxy S8 is powered by Snapdragon 835 (MSM8998) Octa-Core 2.35GHz (Quad Core) + 1.9GHz (Quad) Mobile Platform with Gigabit LTE in select markets such as U.S. Even though the Sony Sony Xperia XZ Premium was announced as the world’s first smartphone with Snapdragon 835, the Galaxy S8 will be the first phone to be launched with the chip.