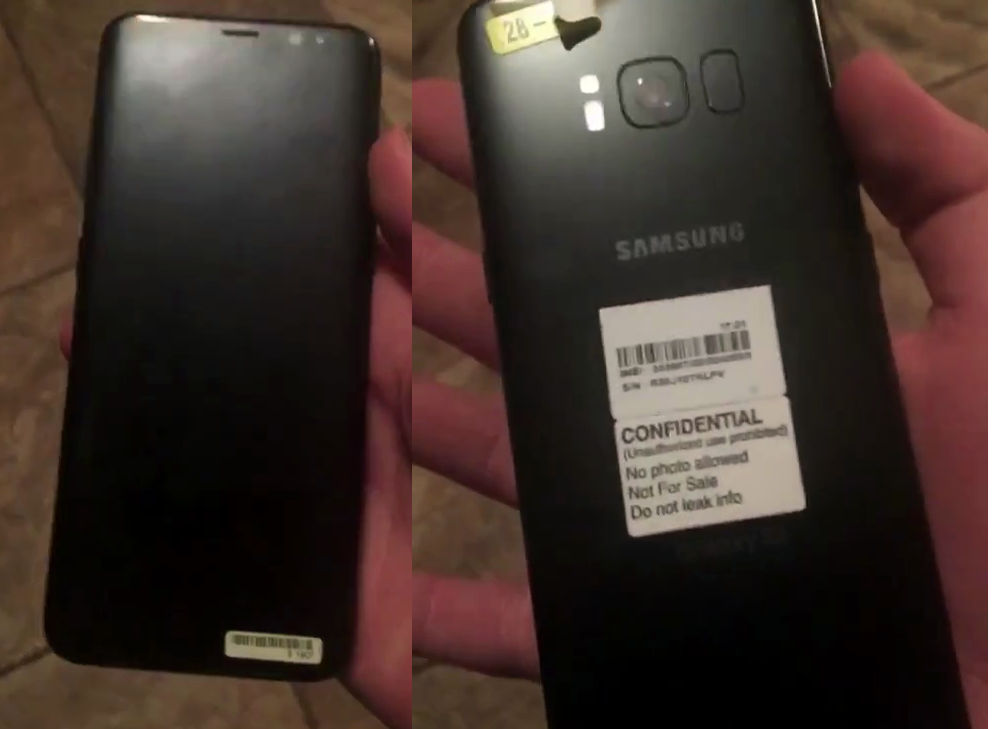 Samsung recently confirmed its Galaxy Unpacked 2017 event on March 29th in New York where it is expected to unveil flagship Galaxy S8 and Galaxy S8+ smartphones. Last week we saw the first press image of the Galaxy S8 smartphone showing off its curved screen with narrow bezels and an iris scanner at the top. Now the smartphone has surfaced in a couple of videos.

It shows a similar design and on the back there is a sticker that says it is confidential and also says it is not for sale. 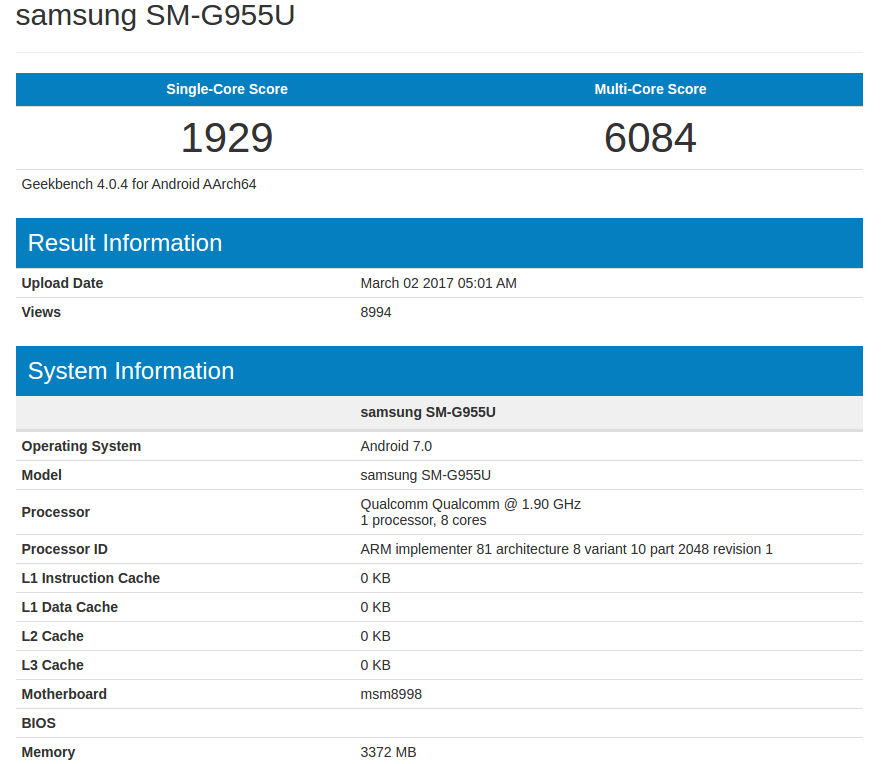 Rumors already revealed that the S8 and S8+ will be powered by Snapdragon 835 SoC in some markets like the U.S. while the other regions will get the Samsung Exynos 9 Series 8895 SoC. Now the smartphones with model number SM-G950U and SM-G955U have surfaced on Geekbench confirming the Snapdragon 835 (MSM 8998) SoC and 4GB of RAM. 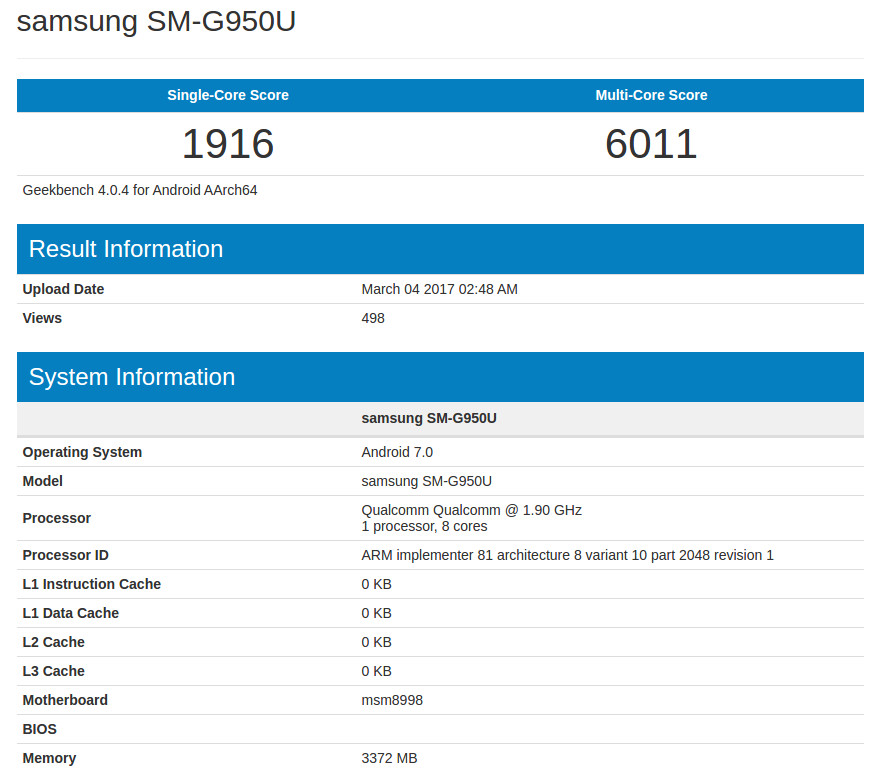