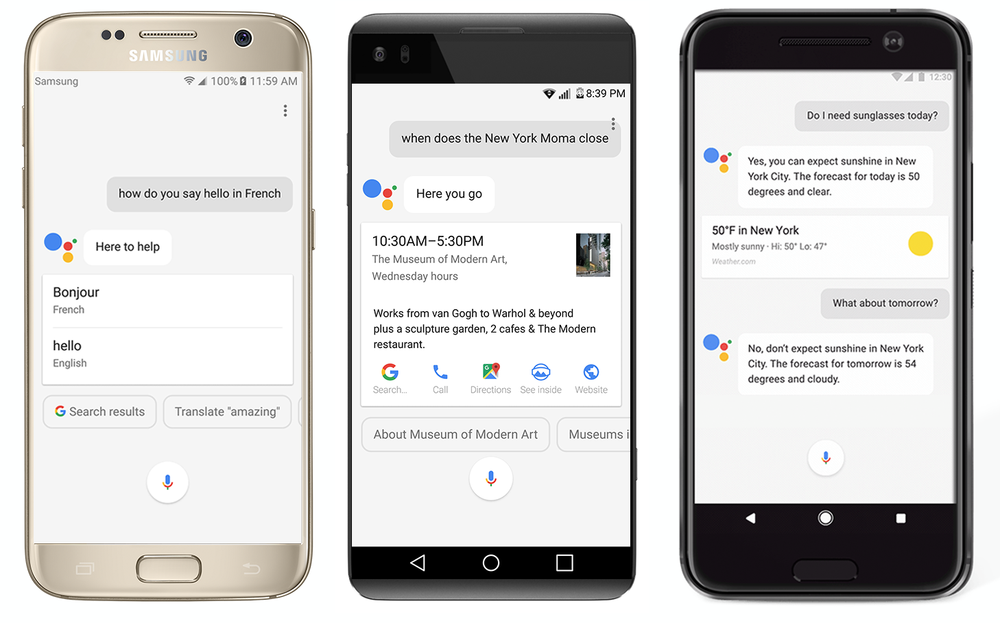 Google has announced the expansion of Google Assistant to more Android smartphones starting this week. After a certain period of exclusivity to the Google Pixel smartphones, Google is planning to roll out to smartphones running Android 7.0 Nougat and Android 6.0 Marshmallow.

The Google Assistant will be rolling out this week to the English users in U.S, Australia, Canada, the United Kingdom and German users in Germany with eligible Android phones running Nougat and Marshmallow with Google Play Services. Moreover, Google will add more languages over the coming year.

It’s worth mentioning here that the new flagship smartphones unveiled this week at Mobile World Congress 2017 (MWC) such as LG G6 in Barcelona will be shipped with the Google Assistant feature.

Now users will be able to access the Google Assistant just by saying “Ok Google” to perform their tasks including translation, get directions and much more.

Our goal is to make the Assistant available anywhere you need it. It came to Android Wear 2.0—via new smartwatches—just a few weeks ago and, as we previewed in January, the Assistant is also coming to TVs and cars. With this update, hundreds of millions of Android users will now be able to try out the Google Assistant. What will you ask first?