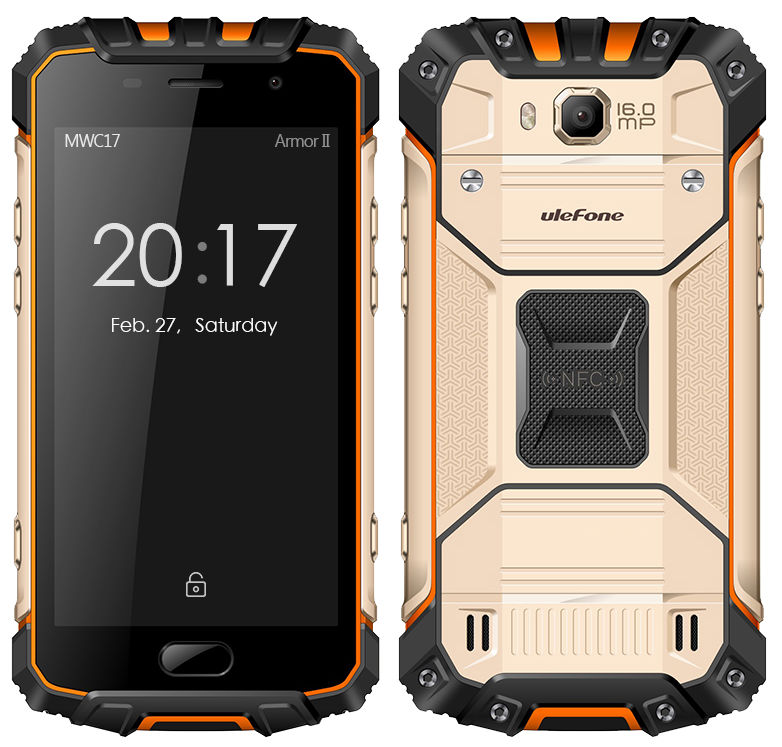 Ulefone announced Armor – its first rugged smartphone back in November last year. Now it is all set to introduce Armor 2 with the same IP68 dust and water proof body at the Mobile World Congress (MWC) 2017 in Barcelona next week. The new model will metal-plastic hybrid armor offering better strength, as well as upgraded inner components, says the company.

The image shows a home button on the front that is expected to house a fingerprint sensor, 16MP rear camera and NFC support. Ulefone confirms MediaTek Helio P25 octa-core 2.5GHz 16nm processor and 6GB of RAM for the smartphone. It will have six physical keys on the edges of the phone body.

The Ulefone Armor 2 will be showcased at the MWC 2017 in Barcelona in Spain from February 27 to March 3 and will go on sale sometime later this year. We should know the complete specifications of the smartphone in a week.