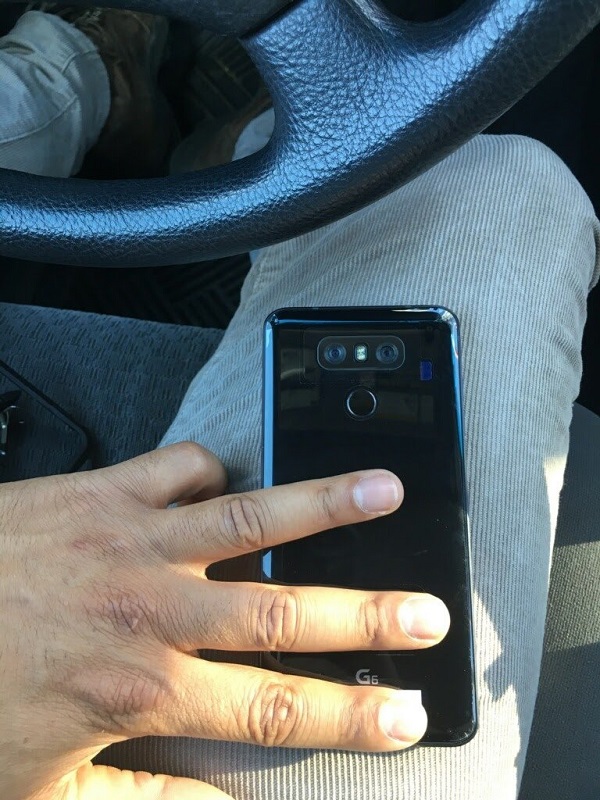 LG is all set to announce its upcoming flagship G6 this month. We have already seen a number of rumors of the phone. Now, Business Insider has shared a live photo of the G6 that shows the back of the phone.

As per the photo, the G6 has a glossy back which looks similar to iPhone’s “jet black” variant. Also seen is the dual rear camera set up and fingerprint sensor. The report says that dual cameras could be used for “bokeh” effect similar to the portrait mode in iPhone 7 Plus. Previous report had stated that the G6 will not be powered by  Qualcomm Snapdragon 835 and instead will come with Qualcomm Snapdragon 821 processor.

The phone is expected to feature a non-removable battery and Google Assistant. It is already confirmed that the phone will be waterproof.