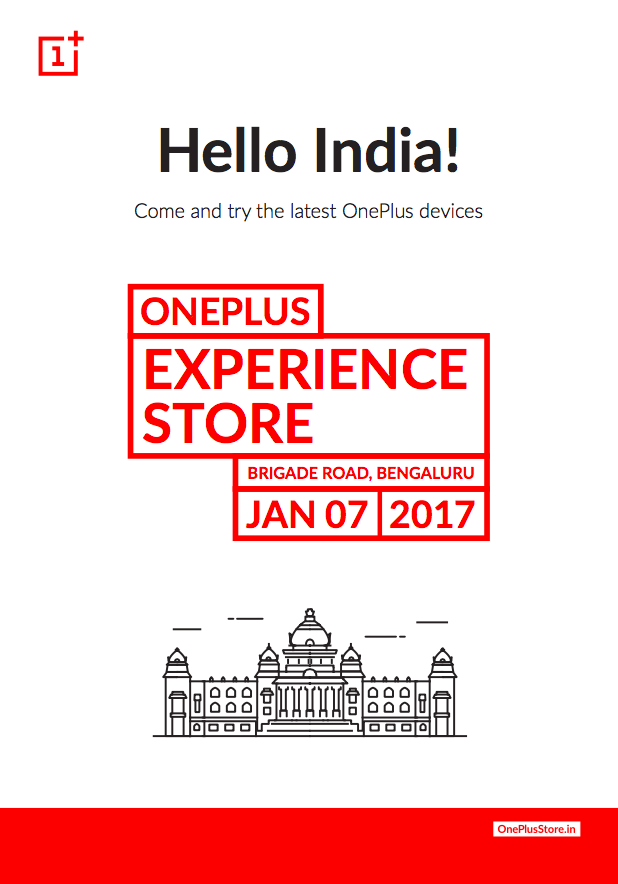 OnePlus had a great 2016 as OnePlus 3 and OnePlus 3T received accolades from users as well as experts. The Chinese smartphone maker sees India emerging as its largest market and has been aggressive in the country. OnePlus has now announced that it will open its first ever experience store in India this week.

The company has revealed via its official Twitter account and on its forum that it will open the experience store in Bangalore on January 7th. The store is located at Hira Property at No.5, New No. 213, Brigade Road, Bangalore. OnePlus is running a contest on this occasion where three lucky fans will receive OnePlus All Access Passes that will give them an opportunity to spend time with OnePlus co-founders Pete Lau and Carl Pei and also win some merchandise.

Customers will also be able to purchase the OnePlus 3T 64GB and 128GB in Gunmetal and OnePlus 3T 64GB in Soft Gold, among other OnePlus devices on offer that day. There is no information on these launch day offers yet. Currently, OnePlus sells exclusively via Amazon.in. Last year, it was reported that Xiaomi will also open 100 ‘experience stores’ in the country that will help the customers experience devices. However, these stores will not sell any units.