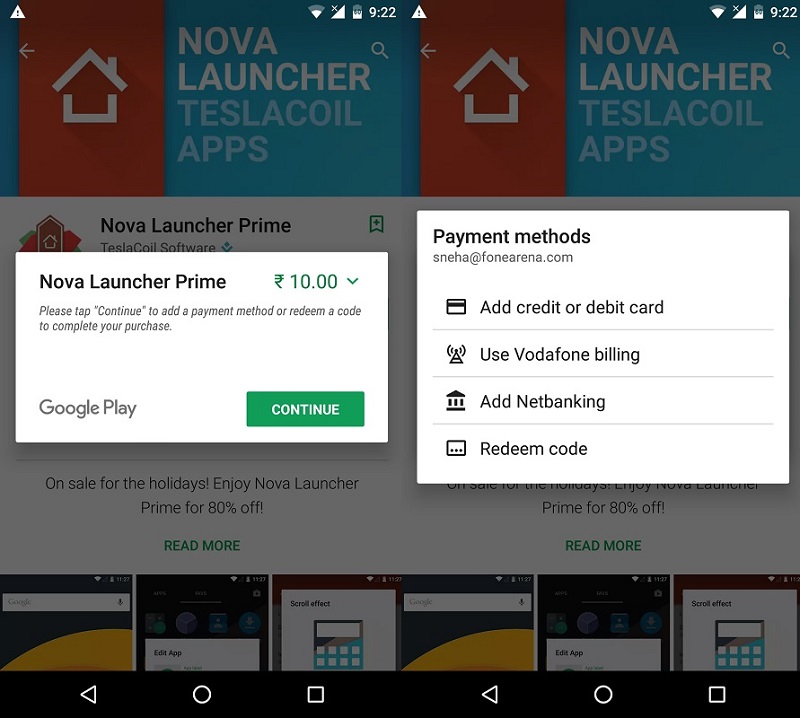 Google Play had launched carrier billing for Idea customers in India in May last year. Now, it has expanded the service to Airtel as well as Vodafone. Carrier billing will now allow Airtel and Vodafone customers to pay for apps, games, and books on Google Play directly from their pre-paid or post-paid account.