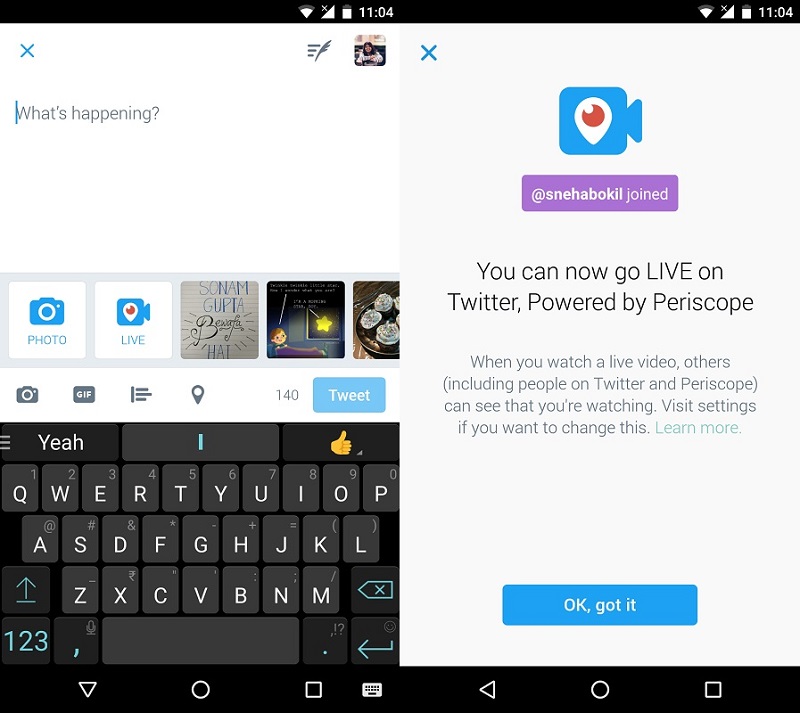 Twitter has joined the likes of Facebook and Instagram to offer live broadcasting. The micro blogging site has integrated Periscope into into mobile apps which will allow users to live broadcast directly from the Twitter app.

In order to broadcast live video from within the Twitter app, tap on compose tweet icon and you will see a new ‘Live’ button with Periscope icon. Tapping that will bring up the pre-broadcast screen, where you can add a title to your broadcast, compose a tweet and then hit Go Live to start broadcasting. Similar to Periscope, viewers who see your broadcast on their timelines can tap in, comment, and send hearts. Your live tweet is visible to anyone on Twitter or Periscope.

It must be noted that in order to access this feature you don’t need to pre-install the Periscope app.

We started Periscope because we wanted to give people the superpower to share live video with an audience. Bringing this capability directly into the Twitter app is an important step because it brings that superpower to the hundreds of millions of people who use Twitter. Twitter’s already the place where people go to see what’s happening. With this update, anyone can now broadcast what’s happening live.