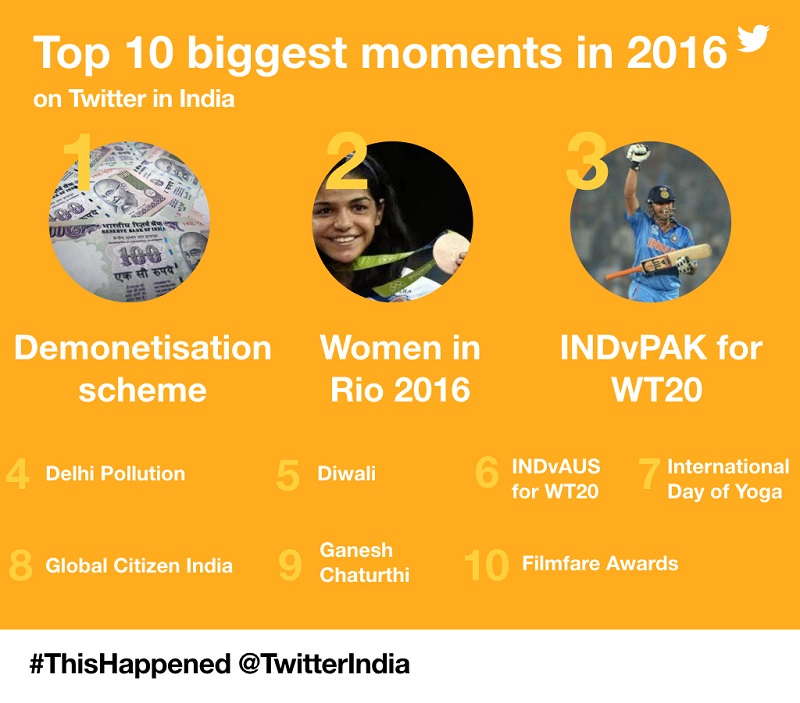 As we bid adieu to 2016 Twitter is offering a look through all the important events that made headlines. The micro blogging site has released Year On Twitter report that highlights top 10 moments in India in 2016.

The recently announced demonetization scheme which banned Rs. 500 and Rs. 1000 notes was the top moment of 2016. The platform recorded 650,000 Tweets in 24 hours following the announcement and millions more Tweets in the following weeks. Women athletes PV Sindhu, Sakshi Malik and Deepa Karmarkar in Rio grabbed the number two spot while IndiavPak for WT20 was the third popular moment on Twitter. 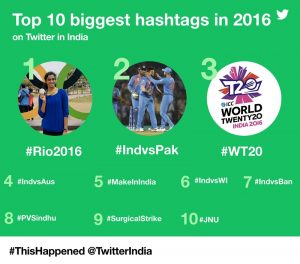 According to the report, Virat Kohli’s tweet was the one which was retweeted for the highest number of times. Kohli’s tweet, “Shame on people for trolling @AnushkaSharma non-stop. Have some compassion. She has only given me positivity,” was retweeted over 39 thousand times and liked by more than 1 lakh users. Meanwhile, #Rio2016, #IndvsPak, #WT20, #IndvsAus, #MakeInIndia, #IndvsWI, #IndvsBan, #PVSindhu, #surgicalstrike and #JNU were popular hashtags that received most responses.