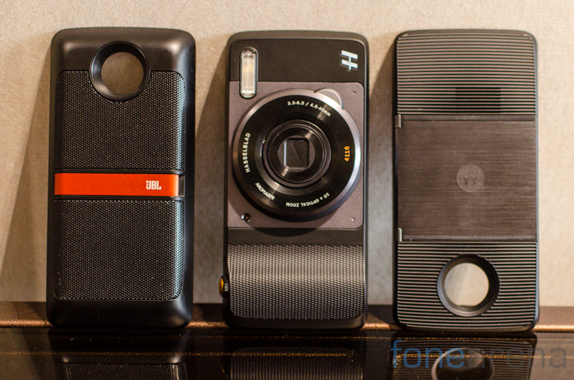 The company is planning to start a campaign ‘Indiegogo’ from January to involve more developers. If the information turns out to be true, the upcoming mods will be focused more on photography and might come with the second screen to Mods as well.

Some of the potential ideas including Game controller, Measurement tool, remote control, Alarm clock and much more might or might not come into existence.

The mods are putting new sensors into phone. When you attach a JBL speaker to your phone, that’s your phone’s speaker now.