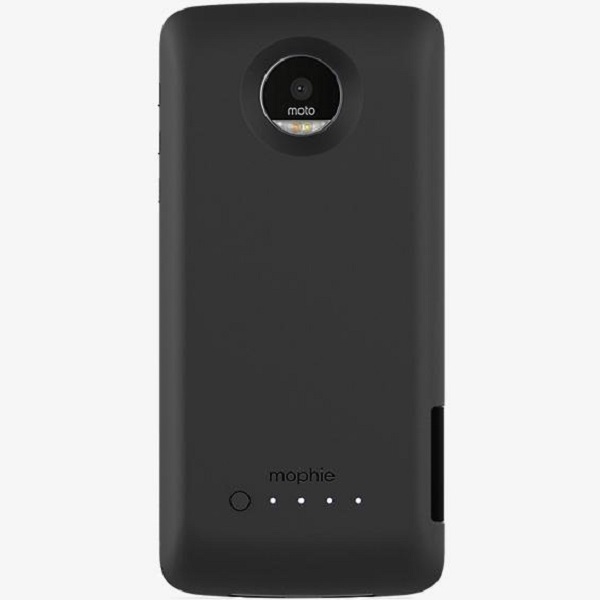 Just yesterday, it was reported that Google’s Project Tango 3D tech could land on Moto Z. One of the highlight of the Moto Z device is the ability to snap on different Mods. Now, Moto Z is getting two new Moto Mods – Mophie Juice Pack battery and a car dock from Incipio.

The Mophie Juice Pack comes with a buil-in 3,000mAh battery that claims to provide more than 60 percent extra battery.  The battery uses built-in magnets to attach to the back of your phone. It is compatible with Moto Z, Moto Z Force and Moto Z Play phones with Moto Mods platform 1.0 or later. It also comes with a USB Type-C port and LED power indicator that shows you the charging level on the battery and charge status.

The Incipio is a car dock that enables you to charge your device while you are driving. It attaches to the air conditioning vents in your car. Moto Z will automatically launch Android Auto once it is docked at the back of the Car Dock. It also comes with a charging port and a 3.5mm audio jack.