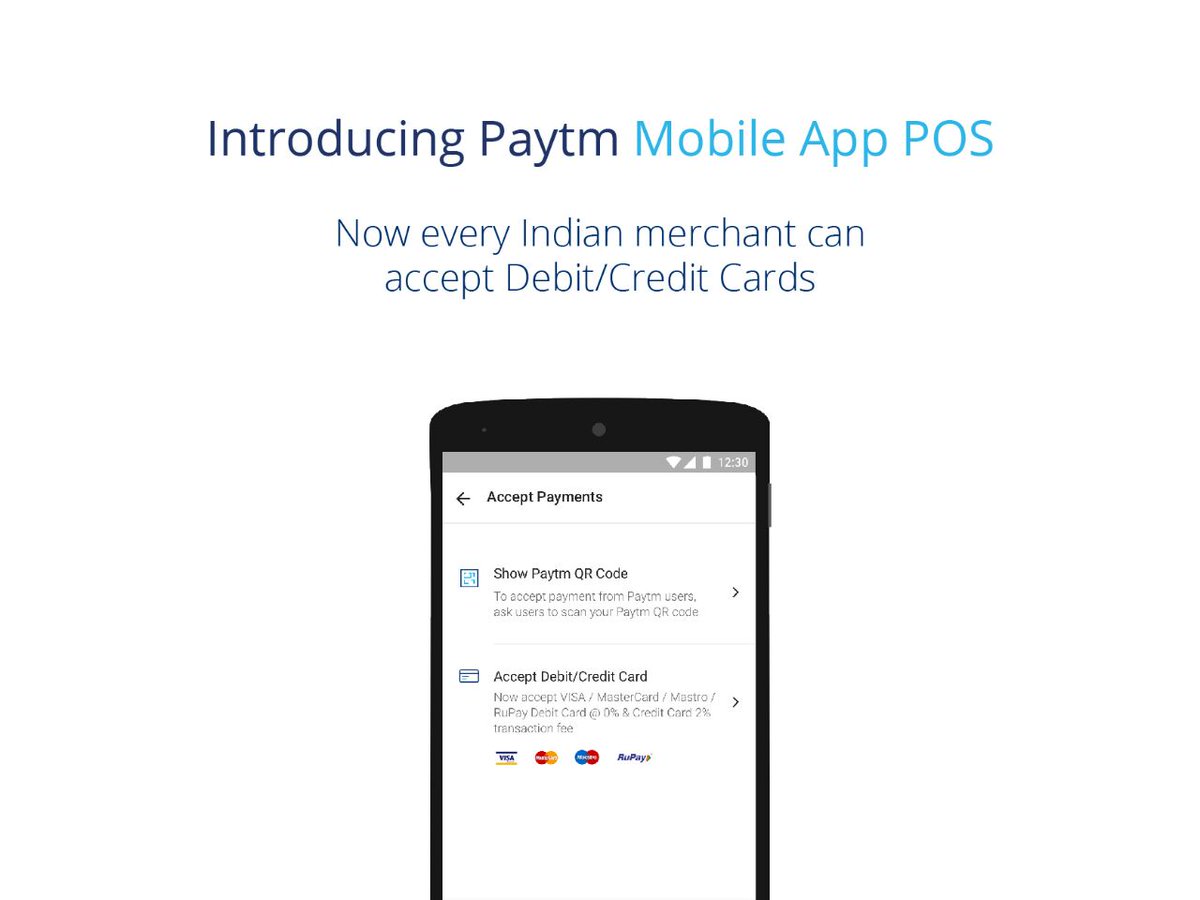 Paytm has launched Mobile App POS (Point of Sale) that will allow merchants to accept debit as well as credit cards. The wallet will charge zero transaction fee for the same till December 31, 2016.

Paytm’s CEO Vijay Shekhar Sharma said that about 10 million Paytm POS apps are expected to be downloaded by this weekend. The latest move will especially help small merchants as they will not need to install swipe machines to accept debit or credit cards. Shekhar also revealed that 1.5 million merchants are currently accepting payments using Paytm. 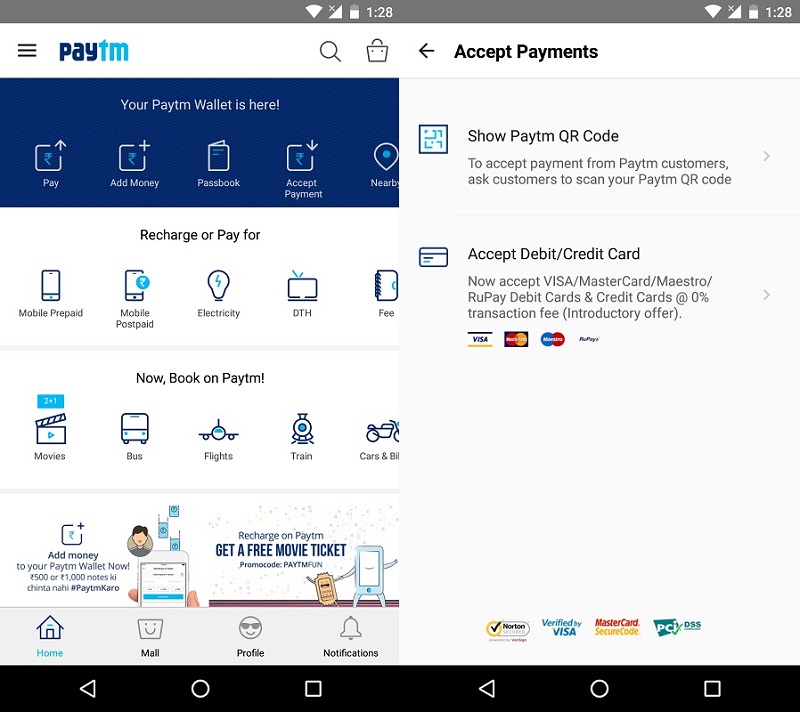 Paytm has been updated for Android while the iOS app is still in works. The “Accept Payment” tab in the Android app will now allow users to pay at all ‘Paytm Accepted Here’ merchants with either Paytm Wallet (by scanning QR Code) or by entering their debit/credit card. The new POS machines will accept payments via RuPay, Visa, and MasterCard, and Paytm says that it will charge no transaction fees until December 31. Merchants using App POS will be eligible for a Rs. 50,000 limit, after which KYC will be required.