The death-grip-gate drama surrounding the iPhone 4 and its mysterious signal dropping is coming to a head, with Apple hastily convening a press conference later tonight at its Cupertino campus. A quick recap if you’re just tuning in – after a number of users reported signal and call/data drops when their hands bridged the new iPhone 4 antenna, Apple issued a public statement stating it was a mere ‘formula error’ that led to users seeing more signal bars than they should in certain cases. It took independent body Consumer Reports, which tested three iPhone 4s in its radio frequency isolation room and issued a ‘not recommended’ status due to the significant reception problems (when holding the phone over its lower-left corner), for Apple to pull together an event to tackle this issue head-on.

Now, in typical Apple fashion, an invite to this event, even to the select few who do receive it, is short on detail, except that it will be around the company’s flagship smartphone. This is a first for Apple – as far back as I can remember, and aficionados out there can correct me if I am wrong, Apple has never called for a press conference for anything other than a new product announcement. Amidsts all the theories and expectations around what Apple should do at this event, here are our educated predictions about how it will go down come Friday 16th July, 10 AM Pacific time: 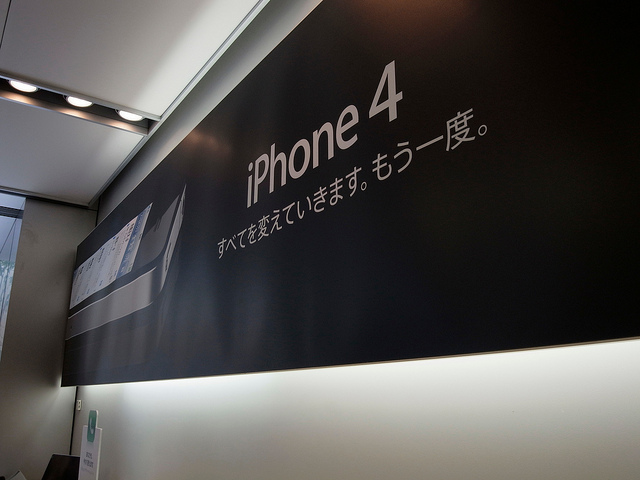 iPhones are selling very well, thank you: Signal issues notwithstanding,  the iPhone 4 has sold very well, and you can expect Apple to come out all guns-blazing with this fact. Expect a big thank you to all 2 million plus customers who have put their faith (and their cash) in the iPhone 4.

Acknowledge the problem…almost!: Never one to accept mistakes too easily, expect Apple to first drive home the iPhone 4’s ability to hold onto calls in what previously used to be dead spots. They’re bound to follow that up with a reiteration of signal drops in all phones when they’re held in a certain way, paving the way to an acknowledgement that holding the iPhone 4 in a certain way affects its signal reception too. They’re sure to mention iOS 4.0.1, released just last night, which addresses the way signal bars are displayed in the iPhone, but since early reports suggest that this software update does not fix the issue, expect this only to serve as a reaffirmation that the company is quick to respond to consumer feedback.

Go Straight to the Solution: Apple knows one thing – any fix that it announces today has to solve the problem completely, or else class-action lawsuits will ensue. There is a theory that Apple factories in China have already developed a special non-conductive coating which when applied to the stainless steel ring would solve the problem, just like the bumper case does. If this is true, Apple should announce a free upgrade on all units, either via an in-store carry-in or via Apple sponsored mail-in. This works on multiple levels – you solve the problem first and foremost, and you do it without upsetting the form factor or its usability with docks etc. And yes, it keeps an eye on the cost as well, with Apple having to roll this out to its service centers in the US, UK and the handful of countries where the iPhone 4 has launched.

But more than the stock price, which has taken a slight beating already, the company will worry about its premium and ‘no-compromises’ image, and the battering its stock of goodwill has taken is far more important to reclaim. So we’re going out on a limb and predicting that in addition the free coating, Apple may even announce a 30-day return policy from the day you fix your iPhone 4 to return the phone if you’re still unsatisfied with the phone reception. But yes, we expect no recall to take place despite all the calls from various quarters to this effect, and knowing Apple, the free bumpers aint likely to come by either. The recall is just too damaging for the shareholder value, and the bumper just not elegant enough a solution to come out of Cupertino – not to forget the hordes of third-party cases and docks that wont work if you use a bumper case. And no, I don’t expect Apple to launch another product in the same event to take the heat off the iPhone 4 – that’s not the way we’ve seen them do business.

Will the black turtleneck be ruffled tonight? Somewhat, but if anything, I expect Apple to have done its due diligence and provide a fix which unquestionably solves the issue. What’s your take on what Apple should and will do? Let us know in the comments! 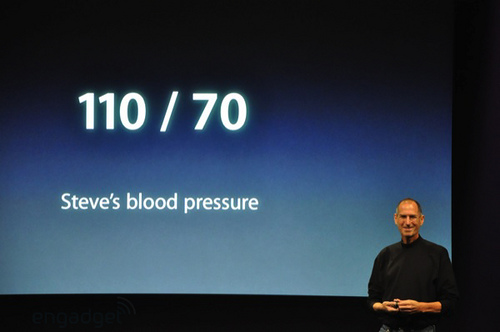