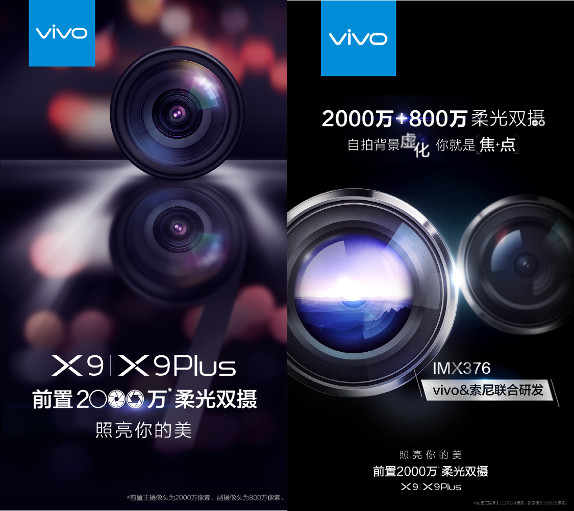 It is also expected to come with soft LED flash on the front. Lenovo was the first company to bring dual front-facing cameras in the S1 smartphone that has a 8-megapixel primary front camera that captures images and a 2-megapixel secondary front camera to analyze the depth of field information.

According to earlier rumors, the Vivo X9 and Plus Plus smartphone are expected to pack 5.5-inch and 6-inch 1080p displays, 4GB or 6GB of RAM and Snapdragon 653 SoC. These phones are expected to be introduced at an event in China on November 17. We should get more details soon.

Update: Vivo has not confirmed that it will use a 20MP Sony IMX376 sensor for the front camera.]