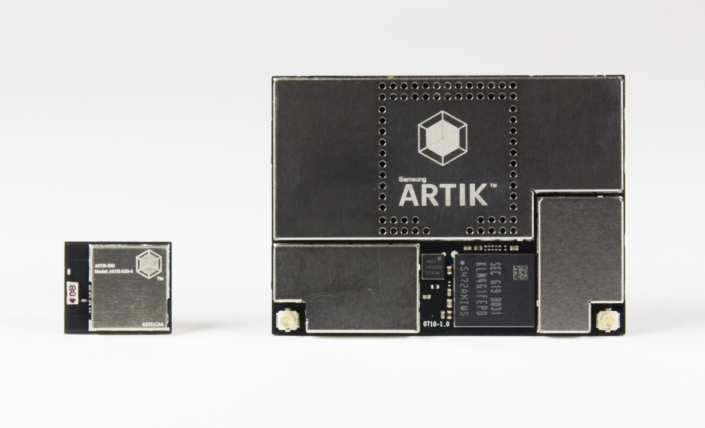 The ARTIK 7 module is intended for high-end gateways and multimedia applications. It comes with an 8-core 64-bit Cortex A-53 processor and provides connectivity, with built-in Wi-Fi, Bluetooth, ZigBee, Thread and GbE MAC interfaces. It has a high-end multimedia processor for video and audio processing. The pre-installed Linux operating system (OS) speeds time to revenue by providing a powerful OS supported by an extensive developer community.

The new SAMSUNG ARTIK modules are available for order immediately and worldwide through distribution partners, Arrow, Digi-Key and Mujin.