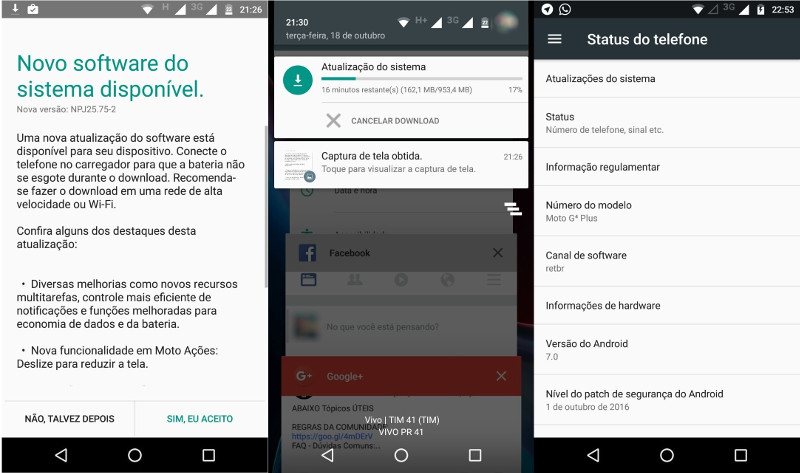 Motorola confirmed Android 7.0 update for a range of devices, including Moto G4 series earlier this month. It also confirmed that  Moto Z and Moto G (4th Gen) devices will get the update this quarter. Now it has started soak tests of Nougat in Brazil for users who have registered for the upgrade program.

Moto G4 Plus Android 7.0 Nougat soak test update (NPJ25.75-2) is 953MB is size. It also comes with October 2016 Android Security update. Hope the company will start rolling out the final update for all the users globally in the coming weeks.