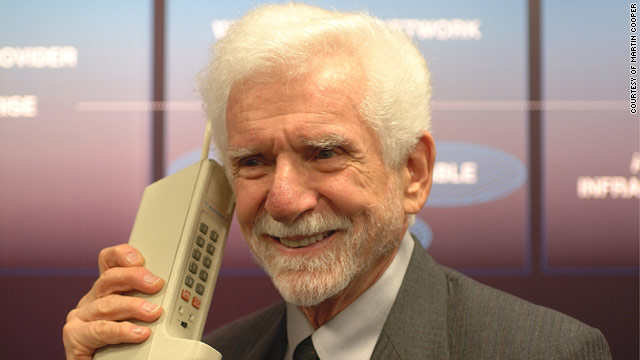 Martin Cooper is the man who gave birth to the next generation of communication which we all today know as the mobile phone. He invented the first mobile phone and also made first mobile call in April of 1973. Today every single person has a mobile phone, and there life is complicated without it. Lot of companies are investing millions of dollars on mobile phone research.

Recently Martin Cooper gave an  interview to CNN, he said:

We knew that someday everybody would have a [cell] phone, but it was hard to imagine that that would happen in my lifetime. And now we’ve got almost five billion phones in the world… Phones have gotten so complicated, so hard to use, that you wonder if this is designed for real people or for engineers

Martin also said that ” Phones have gotten so complicated, so hard to use, that you wonder if this is designed for real people or for engineers.” Somehow, he is right because not every simple person can use a phone, before using a phone you have to read tutorials and guides, but for geeks it’s easy. He said that ” We’re going to have a lot of different kinds of phones when our industry grows up — some that are just plain, simple telephones. In fact, my wife and I started a company, and she designed the Jitterbug, which is just a simple telephone.” He is right again, 30 years ago, there was only one kind of phone that only make a call. But today mobile phones are life of people, you can read emails, listen to songs, browse web and lot of other stuff.

Check out the whole interview over at CNN