Apple announced its latest flagship smartphones, the iPhone 7 and the iPhone 7 Plus at its special event here in San Francisco. We were live blogging from the event and it was super hectic, thanks to so many announcements. 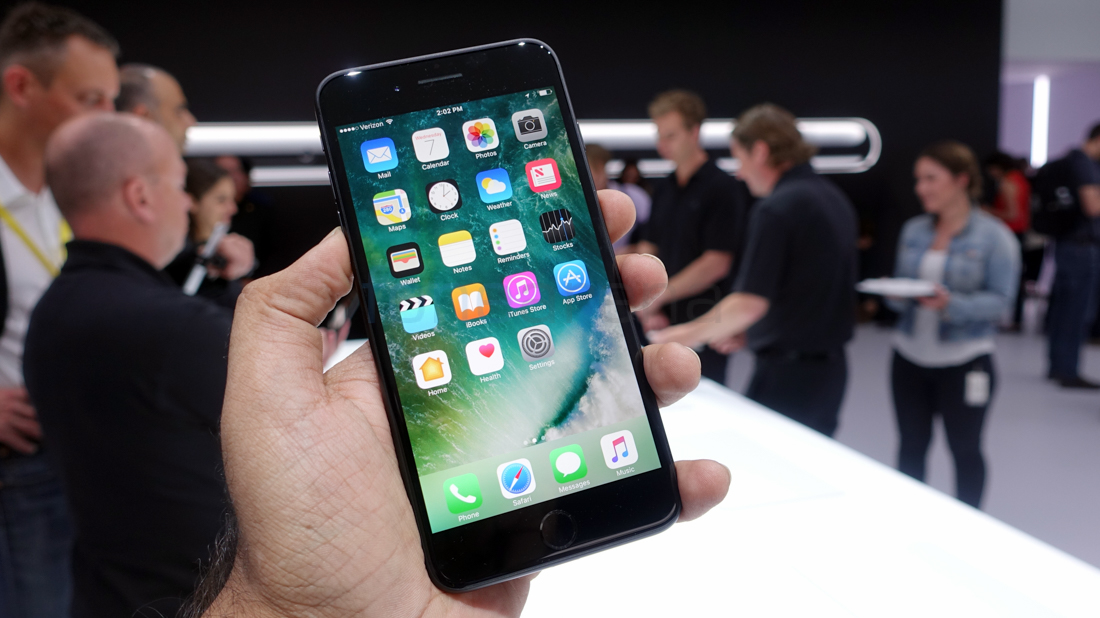 First thing we notice with the iPhone 7’s design is the resemblance to its predecessors.From the front the phone the iPhone 7 looked version similar to the iPhone 6S. The screen size remains the same and so does the bezels. Overall, the basic layout from the previous model has been retained in a very efficient manner and the device looks gorgeous. On the back m you notice the changes and refinement of the antenna bands.

The newest iPhone from Apple will be up for grabs in Silver, Gold, Rose Gold, Black and Jet Black color options. The new jet black option has a glossy finish, but much to our surprise – it isn’t slippery. All the other hues have the aluminium body, curved sides and a new home button at the bottom. Unfortunately, the camera bump is still there, but the curved design meets and blends with the lens this time around. 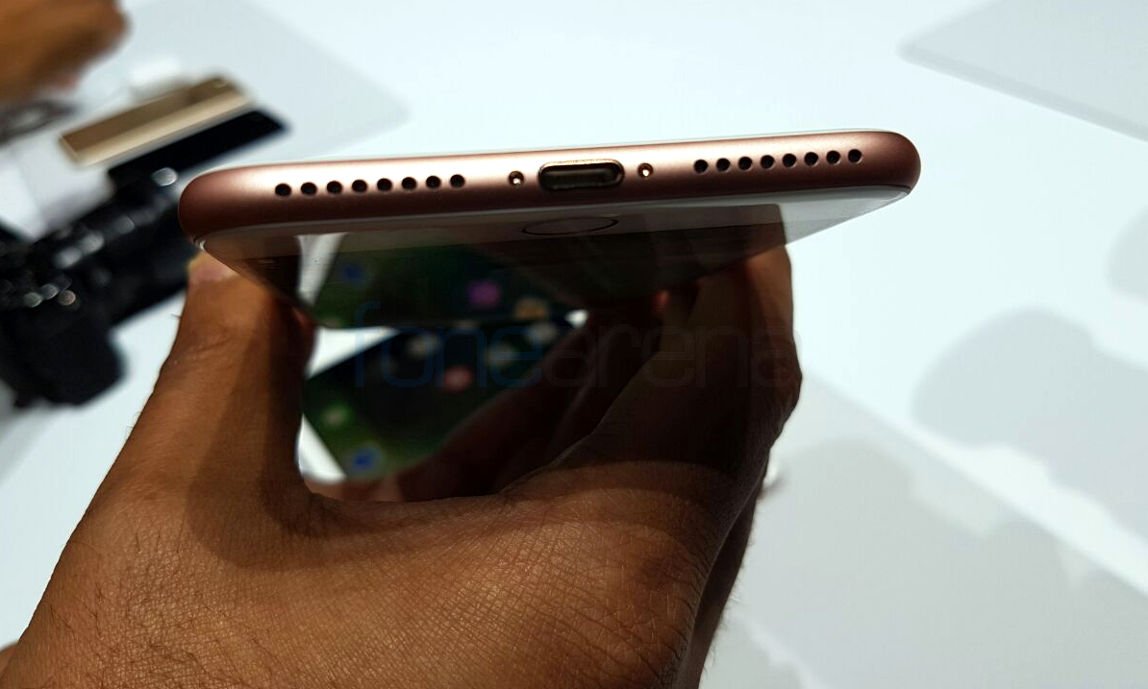 As expected, Apple has got rid of the 3.5mm audio jack, which the company claims to be a ‘courageous’ decision. The Cupertino giant may want you to go wireless and buy the company’s brand new AirPods. As far as the removal of the headphone jack is concerned, we’ll definitely miss it to begin with, but we’ll have our opinion shared in a different story. To make the transition less painful , Apple is bundling a lightning to 3.5mm headphone jack convertor with the new iPhones.

One thing that really caught our attention during our brief stint with the iPhone 7 and the iPhone 7 Plus is the camera! It’s a 12 megapixel sensor accompanied by Apple’s new computing chip and the outcome is quite fascinating. Like all the previous iPhones, the new version did not fail to impress us. However, we’ll take a detailed look during our full review.

The iPhone 7 Plus has a dual 12 megapixel set up – one of which is called the telephoto camera. The optical zoom offered by the latter works as advertised and it surely makes a huge difference when compared to the software zoom.

Both the models comes with a new 7 megapixel front facing camera and the result it offers is excellent. We are glad that Apple has paid more attention in improving the shooter on the front, which is vital in this day and age of selfies.

The new home button is now pressure sensitive and offers taptic feedback. So, it can now perform different functions when tapped or pressed. The Home button no longer goes in and out like it used to and does have some learning curve associated with it. 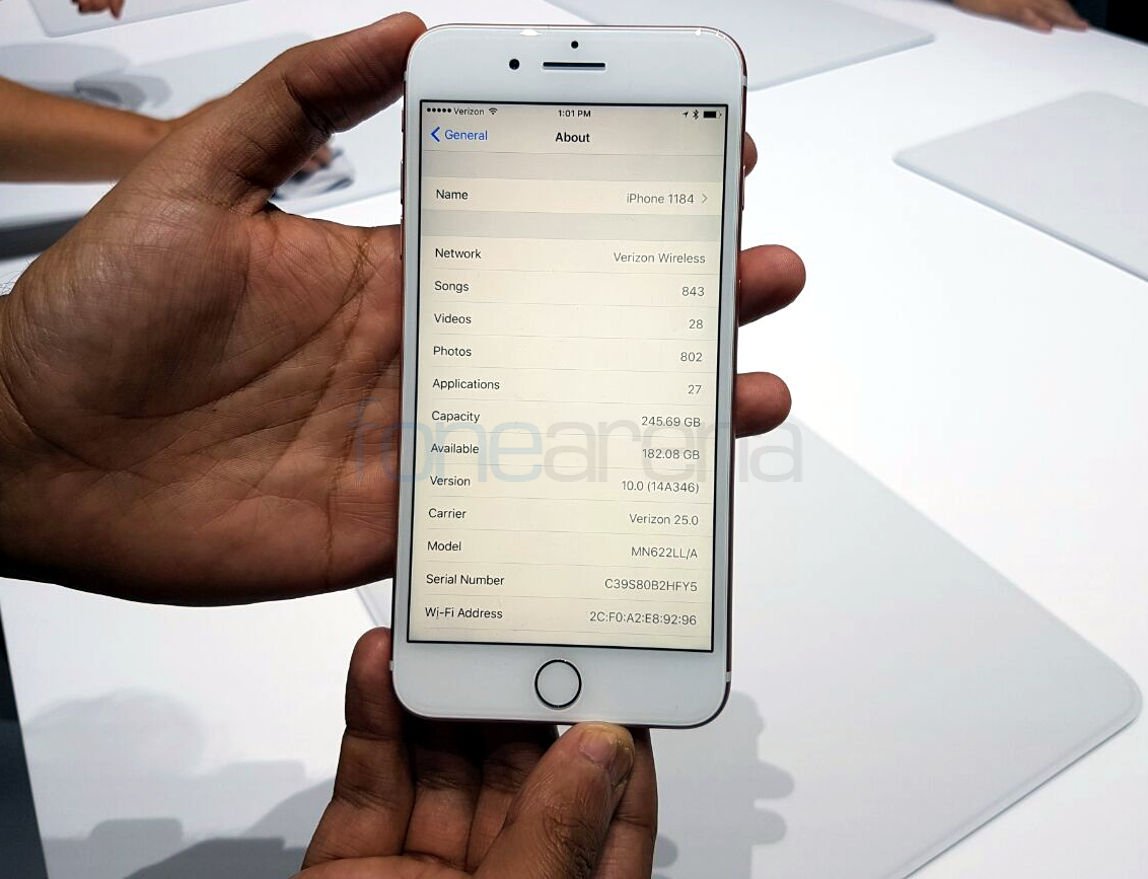 Moving on, as one can expect and quite obviously, the performance on the new iPhone 7 and iPhone 7 Plus have been enhanced and that’s largely thanks to the new A10 Fusion processor. It seemed super-snappy, but with so many people around waiting to get to play with the device, we couldn’t really afford to spend time trying to push the processor. Of course, we will test the potential of the CPU to its maximum extent and see if it can handle things without breaking a sweat in our detailed review.

In our brief encounter, we also noticed that the screen brightness of the iPhone 7 and the iPhone 7 Plus have been enhanced. Apple also said that the new iPhones are water and dust resistanct and the battery life has been improved from the previous model.

All in all, the new iPhone 7 and the iPhone 7 Plus feels great in the hands and is definitely an interesting offering to say the least. We are eagerly waiting to get our unit and spend some high quality time with it. The new iPhones will be available for pre-order on September 9th and will start shipping from 16th.