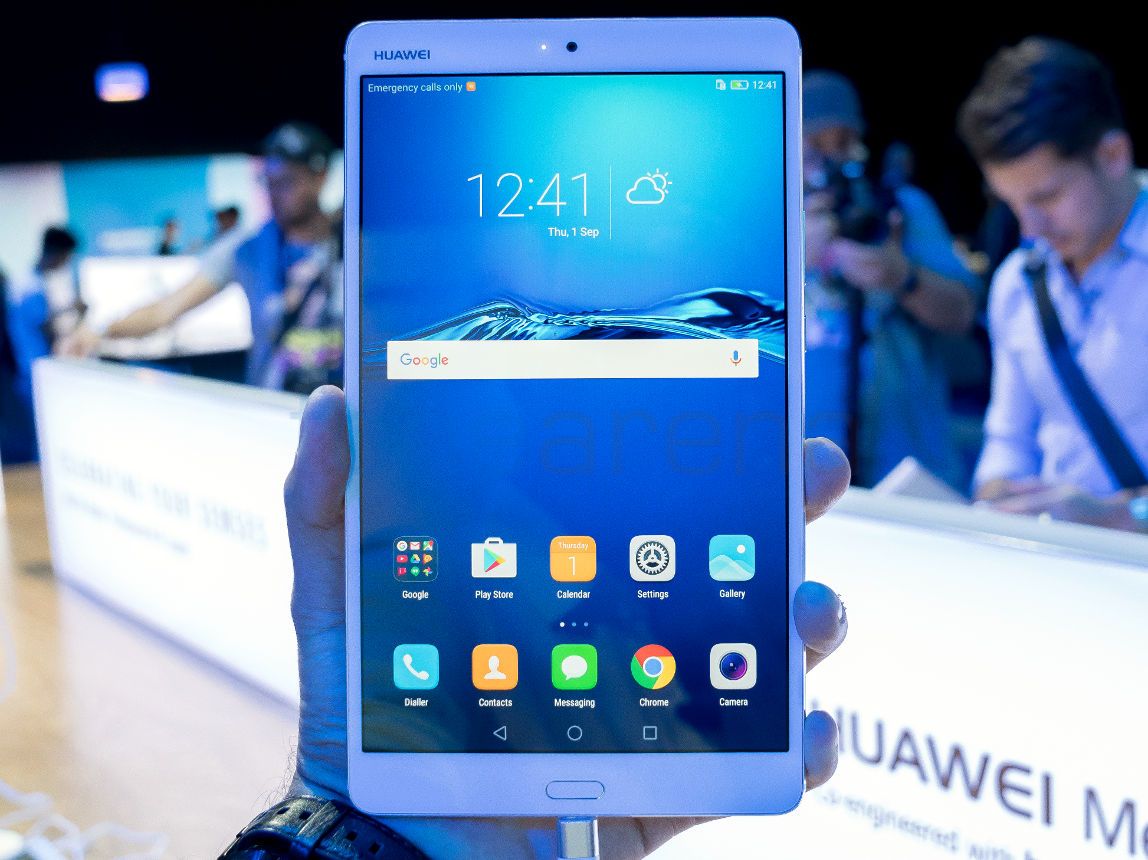 Huawei today announced MediaPad M3 tablet at the ongoing IFA 2016 event in Berlin. We are live at the event and got our hands on with the tablet, so let’s take a detailed look at the hardware and specifications. 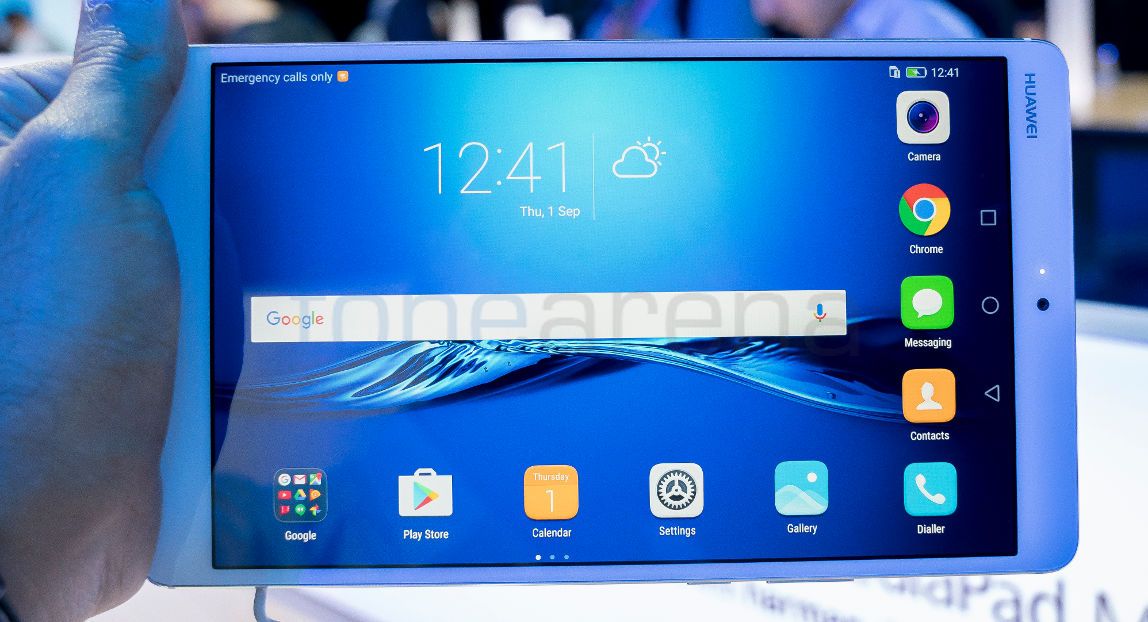 It has 8MP front facing camera and LED notification. The Huawei branding is also seen on the top left corner. There is a physical home button below the display on the bezel that comes baked with a fingerprint sensor.

The power/lock button and volume rockers are present on the right side of the tablet. It has chamfered edges that runs along all the sides and even at the back.

A 3.5mm audio jack and loudspeaker grill are present on the top. The speakers are from Harman Kardon and come with SWS 3.0 stereo sound effect. 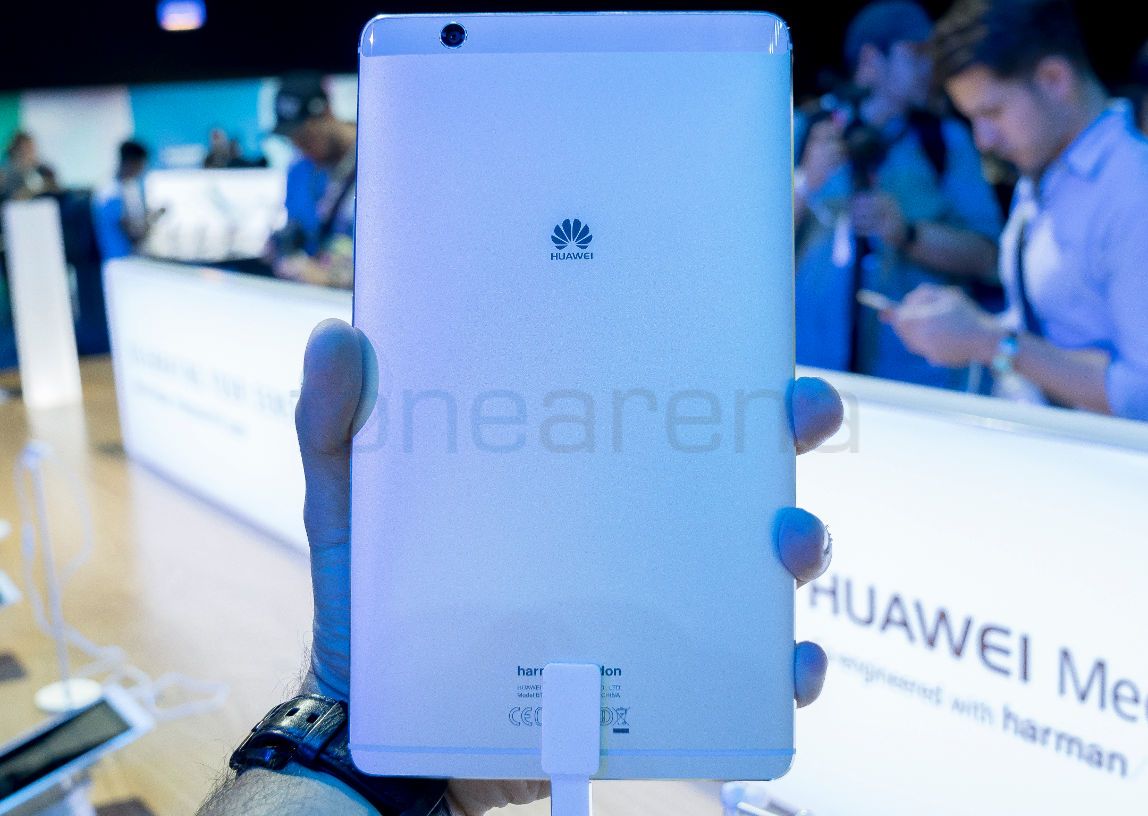 At the back, the tablet has Huawei branding at the center while the 8MP camera is present on the glass strip similar to the Nexus 6P or Huawei P9. Antenna band runs across the tablet at the back. Connectivity options of the tablet include 4G LTE, Wi-Fi 802.11 ac (2.4/5GHz), Bluetooth 4.1, GPS. It comes with a 5100mAh battery.