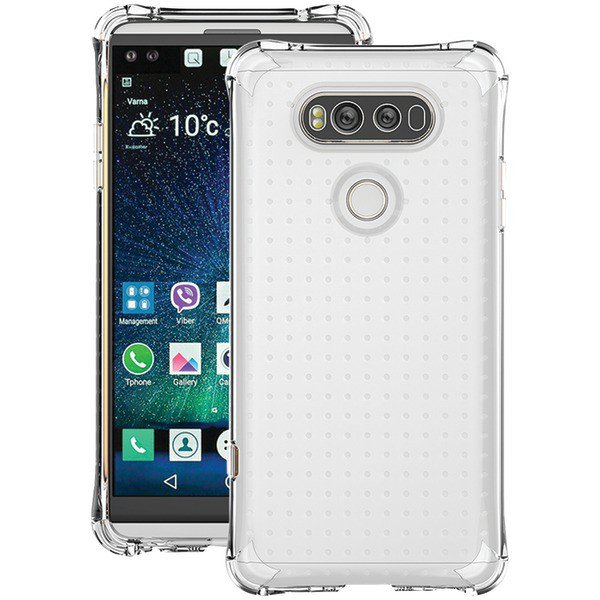 We have already seen renders of the upcoming LG V20 smartphone and now the phone has surfaced in a clear rugged case.

These renders were posted by an electronics accessories distributor. As per the images, the phone’s design is in line with previously leaked renders. The clear case has a cut out for the dual rear camera setup along with a fingerprint sensor. 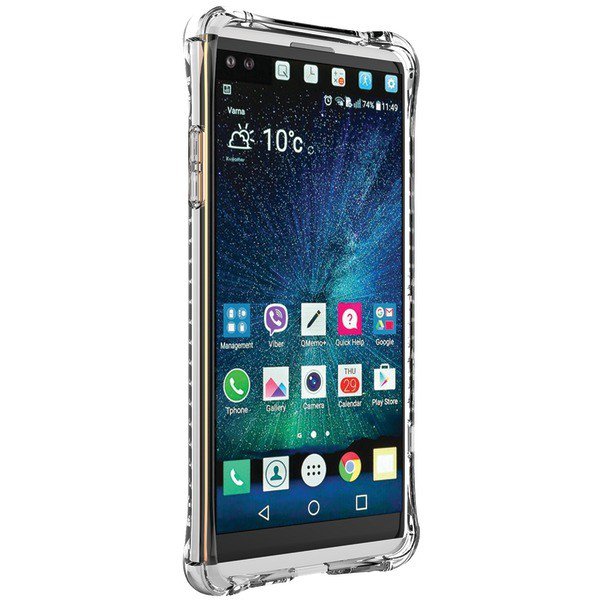 Moving over to front you can see loud speaker grill at the bottom and a button on right side which could either be a camera shutter button or module release button. The secondary display is also clearly visible.

Earlier today, LG announced the V2o will be powered by Bang & Olufsen’s B&O Play audio system. The company will announce the V20 smartphone in San Francisco on September 6th. It will be the first phone to come with Android 7.0 Nougat.

[Update] -Popular tipster @evleaks has shared high resolution image of the LG V20 that offers a clear look at the design of the phone.