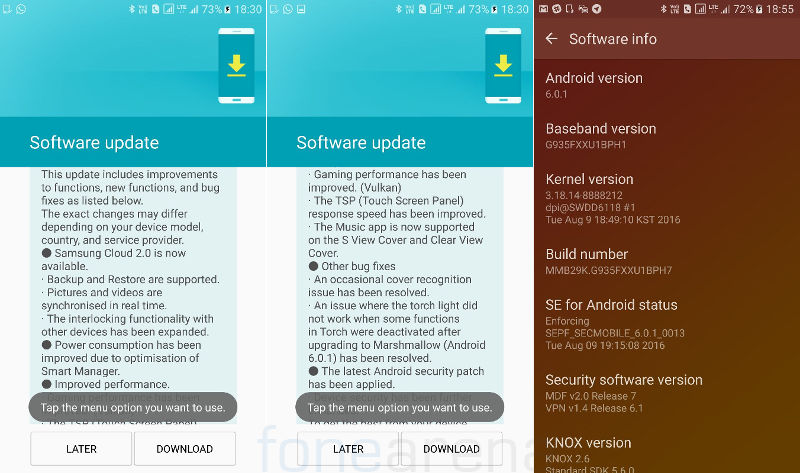 Samsung has rolled out a new update for the Galaxy S7 and Galaxy S7 edge smartphones in India that brings Samsung Cloud and the new Gallery app that were introduced in the Galaxy Note7, improvements in the performance and power consumption and several other bug fixes. It also includes the August Android security patch. Check out the complete changelog below.

This update includes improvements to functions, new functions, and bug fixes as listed below.

Update for these devices are around 150 MB in size and are already rolling out over-the-air (OTA).