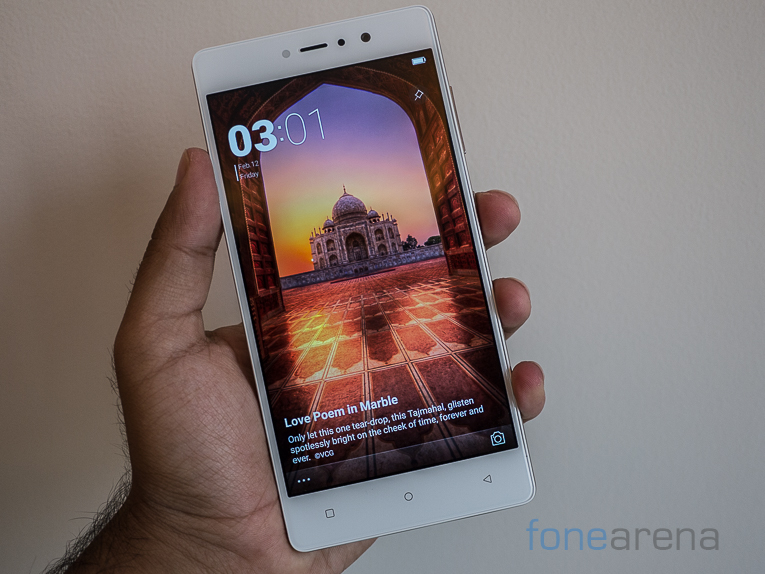 The Gionee S6s is the latest and greatest from the company that has been trying to dispel the notion that Chinese devices are inferior in quality. With the launch of the S6s, the company is targeting the milleniel audience that is big on taking selfies. Will a front facing flash be enough to turn things around for Gionee? We’ll find out in our full review but for now, here are our first impressions. 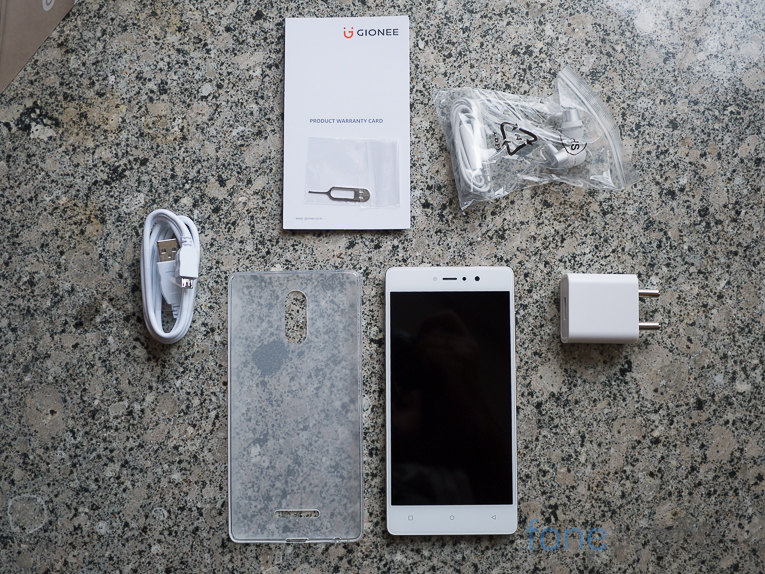 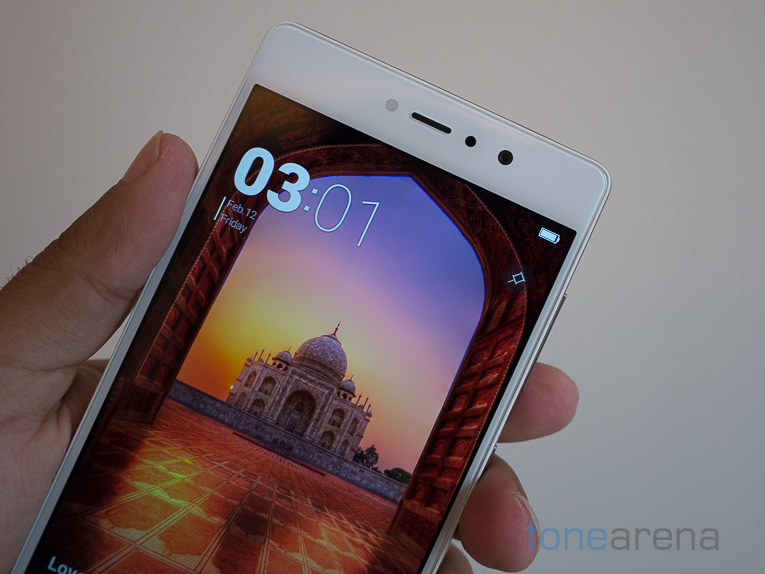 The front of the phone has a design that is quite derivative of other Gionee products. While the phone certainly is visually appealing, the design sensibilities are not where the phone excels. 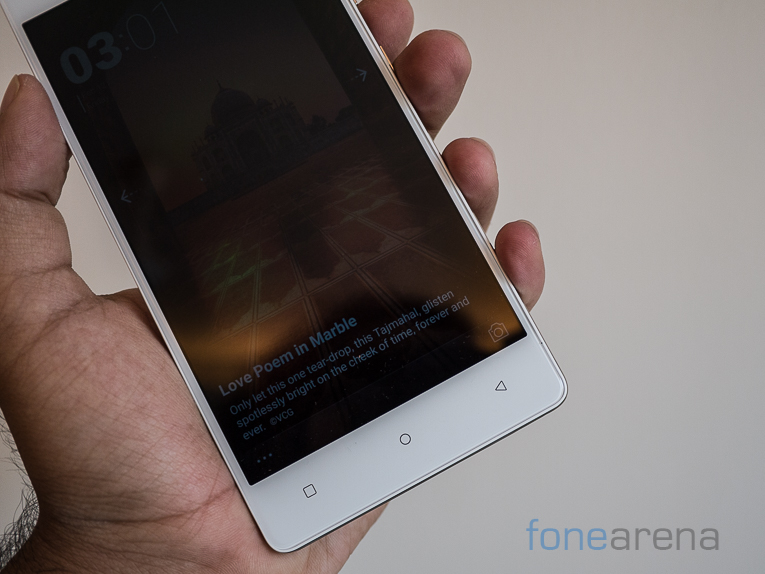 Below the screen lies the capacitive menu keys while up top is the 8MP front facing camera as well as the LED flash. Owing to the brightness levels of the LED, it exudes a glow all around the plastic material used.

The power button and volume rocker lie on the right and offer very average feedback. The power button in particular is very mushy. Over on the left is the hybrid SIM tray wherein the 2nd slot doubles up as a microSD slot. Yes, the phone does support 4G LTE as well as VoLTE. 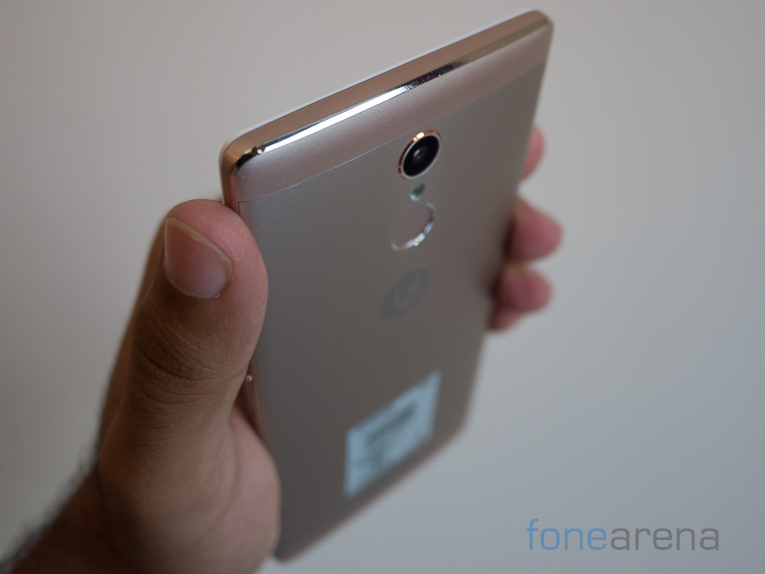 The phone is powered by a 1.3Ghz MediaTek processor with 3GB of RAM and as such we observed performance across the UI to be satisfactory. Then again, it is hard to gauge performance on a device fresh out of the box so we’ll have more on that in the full review. 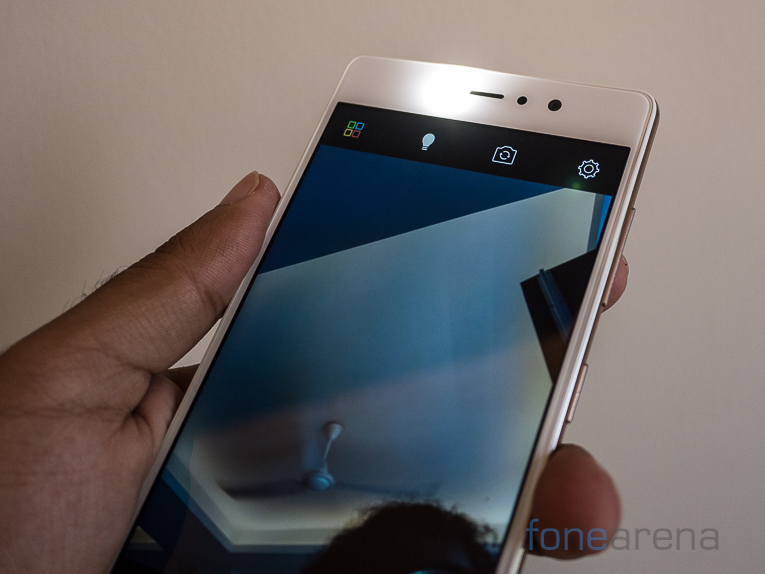 The USP of the device of course is the front facing 8MP camera as well as the accompanying LED flash. We observed that under the right conditions, the LED flash can make quite a difference to selfies and even outdoors, it should prove useful as a fill flash. 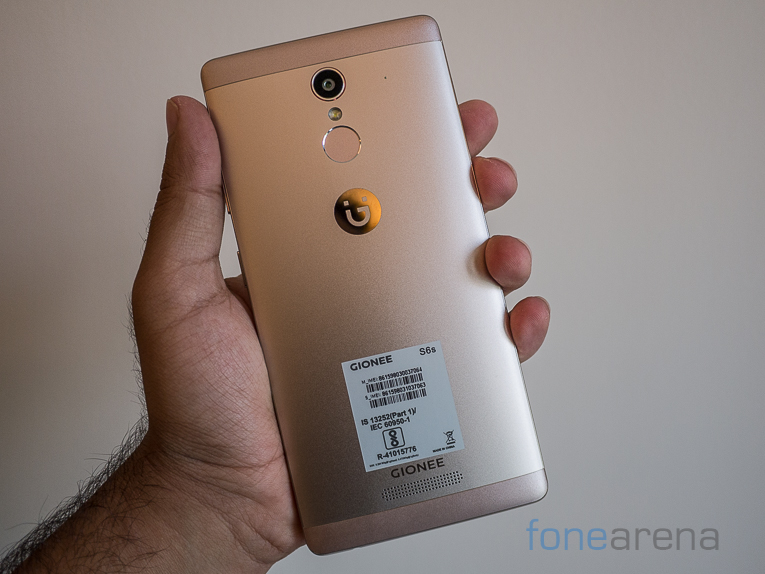 The Gionee S6s is an above average looking phone with a focus on photography and more specifically, selfies. As such, at a price point of Rs. 17,999, the handset certainly has its fair share of competition on a performance basis but no other can claim to do what the Gionee does. Got questions about the device? Let us know and we’ll be sure to answer them in our full review.