Earlier today we saw screenshots of some UI and design tweaks that are coming exclusively to Nexus devices. Going forward, Nexus Sailfish has been spotted on GFXBench.

According to the listing, the Nexus Sailfish will sport a 5-inch 1080p display and will be powered by a Snapdragon 820 processor. It is expected to come with 4GB RAM and 32GB storage. The benchmark listing also hints at 12 MP rear camera and 8MP front camera. 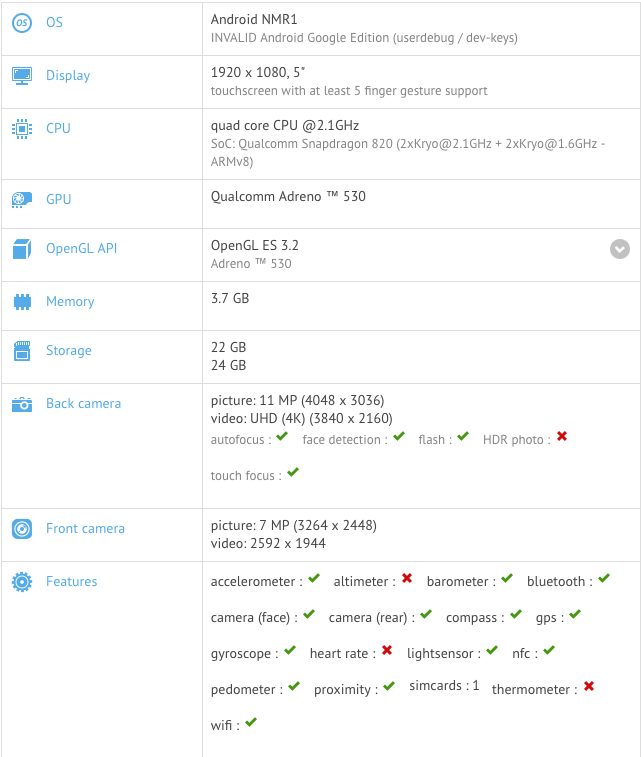 Previous reports also shared similar specifications for Sailfish but did not mention the Snapdragon 820 processor. It can be safe to expect that the Sailfish will come with Android 7.0 Nougat out of the box. The battery on the phone is tipped to be 277omAh and it will support USB Type C.

Google is expected to announce the HTC made Sailfish and Marlin smartphones next month.