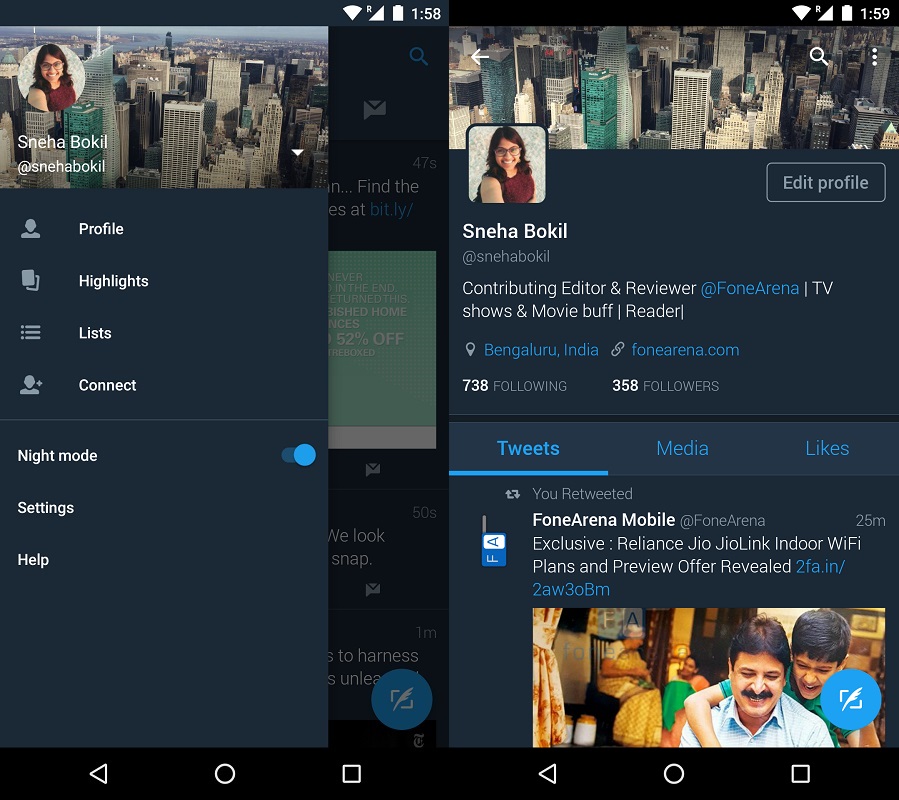 Twitter started testing Night mode feature for Android in May. Now, the micro blogging site has officially rolled out the feature for the app.The Twitter Android app is getting option of a dark theme which makes it easy to use during night time. You will have to enable Night Mode option from menu under your profile icon or the hamburger icon. The Night Mode theme basically changes the app’s background from white to a dark blue tone which I personally like as it quite soothing to your eyes.

It would have been great if the Night Mode would turn on automatically but unfortunately it does not change based on your phone display’s brightness. There is no word if the Night Mode feature is coming to iOS. Last month, Twitter for Android received major update with navigation menu, floating tweet button and more.