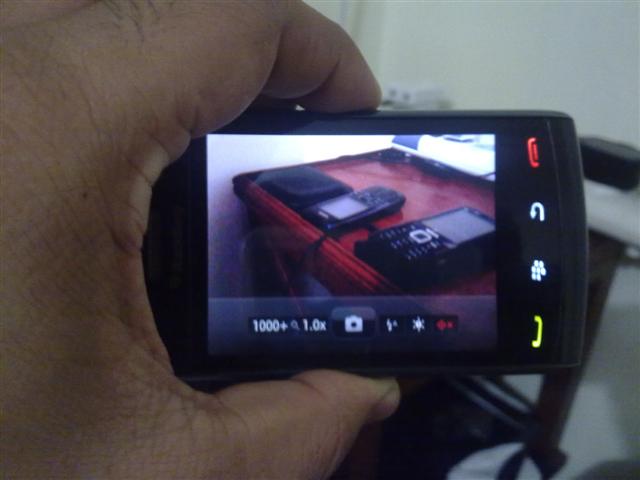 The BlackBerry 9520 aka Storm2 has been tested on various parameters and we have told you what we think of the device. Now in this last part of the review, we try to wrap up all the loose ends and give you our final verdict on the Storm2. Let’s start by looking at the BlackBerry Messenger, a feature unique to the BlackBerry devices. The BBM as it is referred to be a unique chat feature built into the BlackBerry, there is no need to elaborate how it works so I’ll skip that bit. Though I will tell you in brief what is does allow you to do. You can chat, share pictures and other things for free with another BlackBerry user or a group, even a voice IM can be sent. 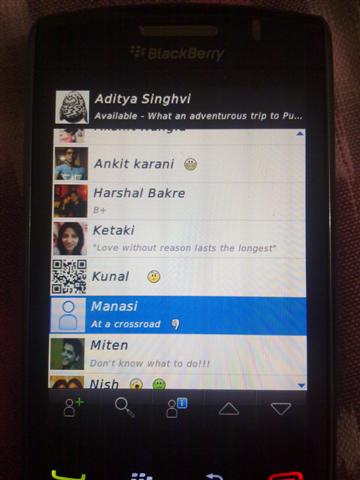 Until sometime, I was baffled with why people thought this was a big deal, considering that one can be reached on Gtalk or any of the prominent IM providers. It was one statement from a friend, “one may be offline on Gtalk, but you can always reach him/her on BBM”. That statement made sense and for some reason answered my question. 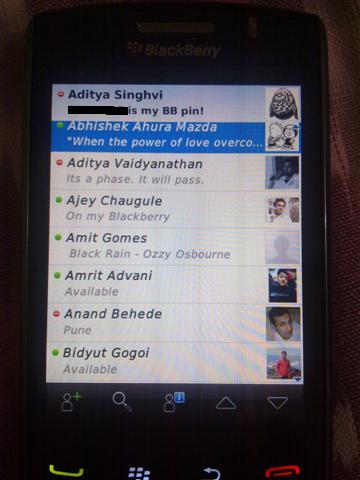 If you are listening to music, you can even broadcast it on the chat clients including the BBM. Speaking of music, let’s take a peek into the music capabilities of the BlackBerry. 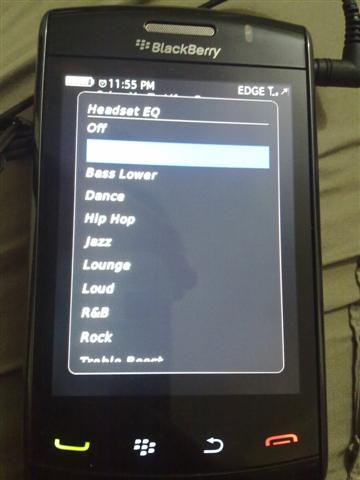 Music wise, the BlackBerry isn’t supposed to excite you; I mean this is a business device and not a multimedia device. This is the thought I had. The BlackBerry supports a lot of formats out of the box, but what sets it apart is the audio quality. On the speakers, it will sound like any ordinary phone, ok, but not inspiring; on the wired headset supplied with the phone, it’s LOUD. Music wise, the Storm2 sets a benchmark. No phone I have reviewed to this date has been better than the Storm2. If you like your music, then by all means BlackBerry Storm2 should be the device of your choice. At full volume, the music was loud enough let people around me think that my phone was playing songs on the loudspeaker mode and take my word for it… it is that loud and clear, unfortunately I could not try it with my pair of Sennheisers, but I expect to be blown away and nothing less.

With such great reviews in the music compartment, let’s a take a look at how the camera handles on the Storm2. As you know the Storm2 employs a 3.2 MP CMOS sensor with a mechanical autofocus and 2X digital zoom. A LED flash allows pictures to be taken in low light. For a business phone it’s pretty decent. But the Nokia E71 already has that and it is a 2 year old phone, the E72 has a 5MP camera with Carl Zeiss lens.  Clearly this is one area where the BlackBerry is lacking. The photos clicked with it in daylight seem pretty decent, but then almost all cameras are good in daylight. In low light, there is a lot of noise and discoloration in the photos.  Clearly there is over processing going on to compensate for the low light, you will find images looking rather bad. Focusing also takes a bit of time and isn’t really spot on. There are moments though, when the Storm2 completely surprises you with snaps. A few sample snaps taken with the Storm2. 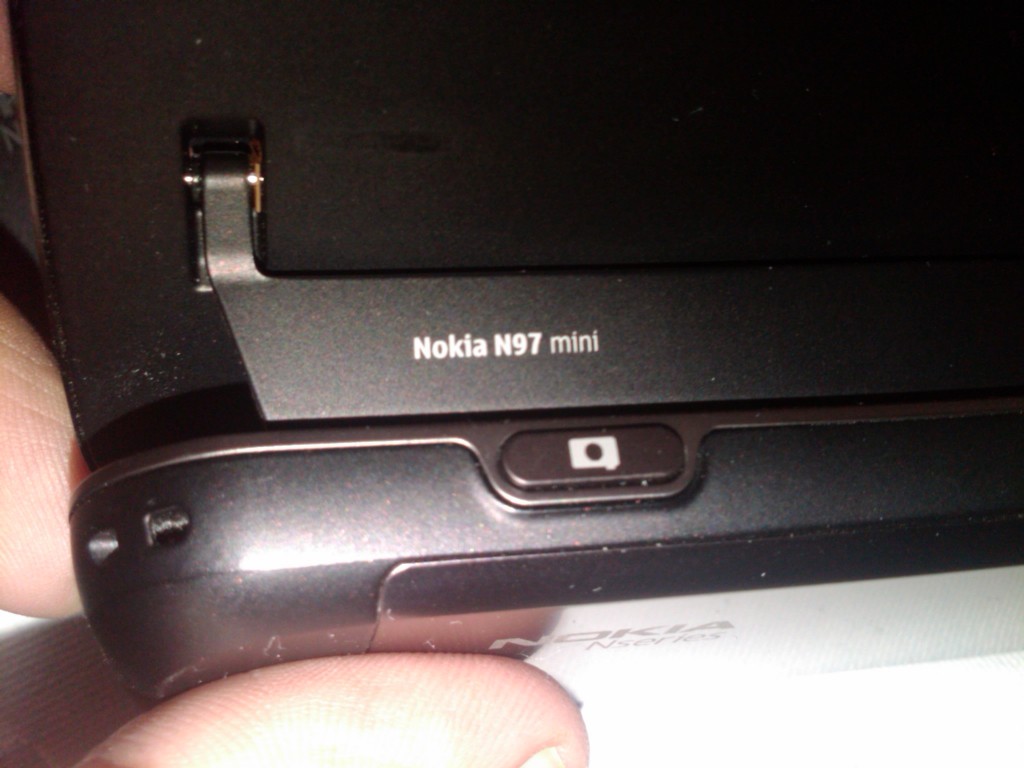 My verdict – the camera clearly could be improved and made better, if the N73 which an ancient phone, could click phenomenal photos, I’m sure the Storm2 can also. I’d rate it at 6.5/10, an ‘ok’ camera that can easily be made better.

Video recording on the Storm2 is also present. The one thing that the Storm2 comes with is Image stabilization, a feature reserved for high end cameras only. So that’s one plus point for it.

The last portion the review I give you a look at the accessories supplied in the box with the Storm2.

Before I do move onto it, let me remind you that the 9520 comes with GPS, but due to the fact that Maps did not load or work for us that well, it’s best to not discuss this in detail. Geo-tagging is available and it’s nice to see it on the Storm2.

Now an expensive touchscreen phone like the Storm2 would come with a lot of goodies in box you suppose. Well, it comes with the regular goodies any phone comes with these days – charger, leather pouch, headset, data cable, PC Suite CD and manuals.

Now, what different about these? The Storm2 ups the quality of these by quite a bit. The Charger allows you connect it to various plugs supplied inbox as per the country you are in, making your BlackBerry truly globally compatible. The leather pouch is thick and has sensors which automatically change the way your device reacts. Additionally, by placing the phone inside the pouch, your Storm2 locks itself – how many phones have you seen doing that? The headset is ok, and although the design put me off a bit, the quality left me astounded.

BlackBerry’s PC suite is pretty good and lucid enough for the average guy to sync the BlackBerry with his PC.

Overall, a good package of accessories! I’d rate it at 8/10. Good package with great quality to boot!

With this the Storm2 review comes to an end. Overall, we were impressed with BlackBerry’s second attempt. Still learning is what we think, BlackBerry is doing – but definitely not compromising on its quality and experience. The software overall did not look different or pose a problem as such. The build quality impressed us and I for one absolutely like the piezo electric touchscreen for typing. The music qualities along with DIVX playback on the large 3.25” screen are advantages of owning a Storm2. Chinks remain, but at Fonearena, we think that BlackBerry seems poised to rectify these mistakes with the next Storm device. At the current price, it is a wee bit expensive, but then it’s the BlackBerry experience!